Consider a line of infinite number of alternating charges. All are point charges having charge of same magnitude and are placed in a line. Neglect the effect of gravity here. Consider one of the positively charged particle. I disturb it a little upwards.

What will happen then? Will they buzz off from each other at a point of time?

What I actually think is that considering a slightly disturbed positive particle, 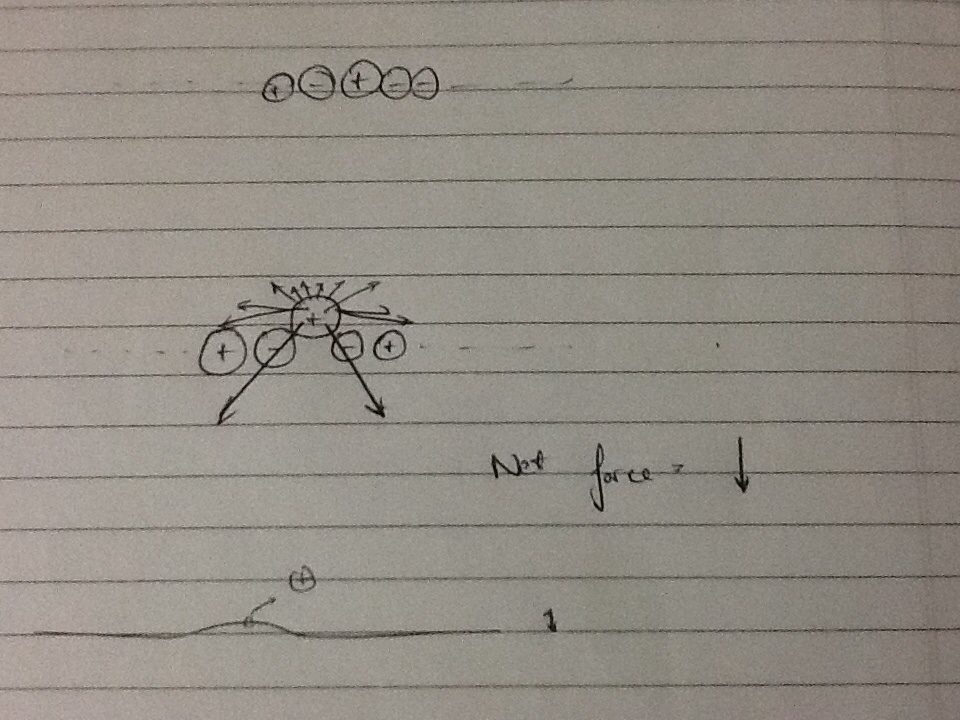 I have tried to explain my reasoning via the image above.

The length of the lines represent the force acting on the disturbed positive charge. This will continue till infinity, but the forces will get more faint. As you can see, the net force is downwards, and since the negative charges will attract it too, the entire line will move with it forming a bump or a wave. This will come back to its starting point back, where we have no force acting on it but a velocity in the downward direction. So it will continue to move and therefore I think the line will move in a wave with increasing amplitude.

But, if it is so, at one point, the amplitude should be large enough for the wave that the particles in a side would face repulsion from the other side and therefore buzz off. 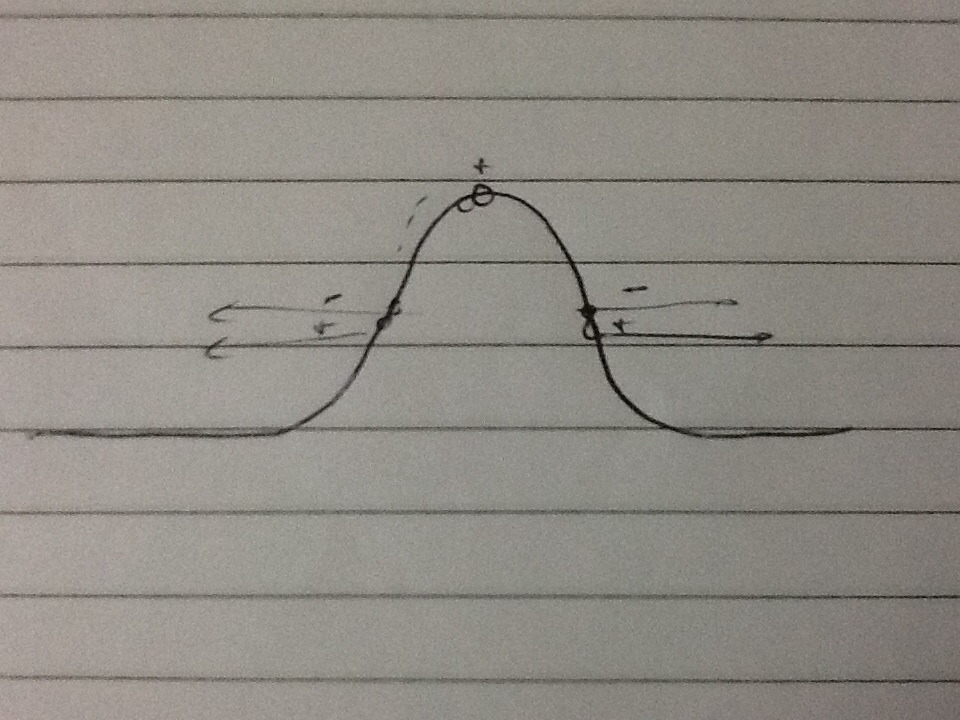 But I don't think so it will happen because the nearby ones will still keep it in its place and won't let it go. So according to me they shouldn't buzz off.

Am I right? What actually will happen? Will the system disintegrate?

The original system as described in inherently unstable (or at best metastable).

According to Earnshaw's Theorem, "a collection of point charges cannot be maintained in a stable stationary equilibrium configuration solely by the electrostatic interaction of the charges"

So the introduction of the slightest disturbance must cause a massive, total "buzzing off".

The system will disintegrate...

Not the answer you're looking for? Browse other questions tagged electrostatics charge or ask your own question.

0
How to calculate the force between line of charges?
2
Infinite Conducting sheet
1
Earnshaw's theorem and stability of charge inside a hollowed cavity of conductor
1
Physical example of line charge
2
Termination of field lines between two positive charges
0
Charges redistribution in Conducting Plates