How would filling a milk canister with helium affect the reading it makes on a scale?

Let's say that if I put a milk canister on a scale it shows 10kg. If I fill it with Helium it must necessarily be less than this, right? 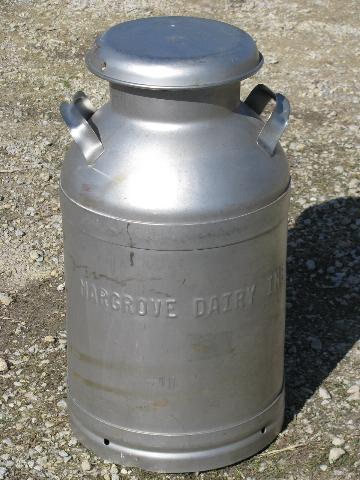 Can someone explain this (probably trivial) thing to me? :)

What do we weigh anyway? The canister with all the air above it? And what does all that have to do with how submarines work?

The idea is that helium weighs less than normal air.

To consider a more extreme example, imagine two situations where the milk canister is underwater. In the first situation it is filled with air; in the second, lead.

In the case where the milk canister is filled with air, it may even float. It would still want to go down because of gravity, but the surrounding water would want to go down even more, and so it would push the milk cansister up to make space. The phenomenon of a surrounding fluid pushing an object up is called buoyant force. While the usual gravitational force points down and has strength $Mg$ (where $M$ is the mass of the object and $g$ is gravitational acceleration), the buoyant force points up and has strength $M_d g$, where $M_d$ is the mass of the displaced fluid. Thus if the mass of the object is the same as the mass of the water it displaces, then there won't be a net force up or down.

Now imagine the case where the milk canister is filled with lead. Then it will certainly want to go down, because it has more mass than the water it displaces. The net force on it would still be less than its weight outside of water. The amount it would be less by is the buoyant force, $M_d g$.

Before we consider your question, let's examine one more situation, which is the milk canister in a vacuum chamber. This is the easiest situation of all because there is no buoyant force, so the net force on the milk canister is just the force of gravity $Mg$. So in this case, the canister filled with helium will weigh less than the canister filled with air simply because the helium has less mass.

Now if we go back to your situation (say by letting air into the vacuum chamber) there will be a non-zero buoyant force, so the net force on each canister will decrease, but since both canisters displace the same amount of air, the net force will decrease by the same amount for both the air-filled and the helium-filled. Thus the helium-filled one will still be lighter.

Now what does a scale weigh? When you put an object on a scale, the object sits there stationary. This means there is no net force on the object. The three forces acting on the object are gravity, buoyant force, and the normal force from the scale. Thus the normal force must exactly cancel the vector sum of gravity and the buoyant force. Thus the scale is exactly measuring the $Mg-M_dg$ force we have been talking about all along.

Submarines float because they have a mass equal to the mass of the water they displace, and so they have no net force. Actually there is an additional subtlety. Not only does a submarine float, but it floats at a particular depth in the water. This is because as you go farther underwater, the pressure increases, which squeezes the water and causes its density to increase. Thus as you go deeper and deeper, and mantain constant volume, you displace more and more water. Thus if you have no net force at some depth and you go up, you will displace less water, giving you a net force down, which will cause you to go back down. Similarly if you go down, you will displace more water, and get a net force up and you will go back up. Thus your depth will tend to stay the same.

The answers so far are OK, but at the risk of being downvoted for humor, let me suggest reading This What-if Comic

If you start with an evacuated canister, things will be different from starting with a canister full of atmosphere at STP.

Not the answer you're looking for? Browse other questions tagged newtonian-mechanics air buoyancy weight or ask your own question.

6
atmospheric phenomenon? What causes condensation trails to converge?
3
The Spinning Log “Perpetual Motion” problem, and my attempt at a solution
4
Why can I see my breath after I pop my ears?
1
Why does the scale reading depend on the position of the object on the scale and how to equalize that?
24
Would a gas “weigh” less than a liquid if they have the same mass?
1
weight of a canister of air
6
Can gravity be better described as buoyancy in spacetime than a pulling force?
78
Do the weights of two liquids not add when mixed?
0
How does work done to move an object scale with more/less gravity?