Build a ring around Earth, then remove the supports

What would happen if we decided to build a giant ring that managed to wrap around the whole world, end to end that was supported with pillars all along the ring and then the supports all suddenly removed?

Would the ring float in place? or if it fell, what direction would it fall?

This is a fun what-if. I really wish I was xkcd right now so that I could include pictures and humour, but I'm not.

If we built a giant ring around Earth at just the right height everywhere, then in theory, the ring would just float there once the supports were removed. However, (and this is the reason not to try it) this is an unstable state. If you so much as tap on one side of the ring, the whole thing will come crashing down. It's like balancing a pencil on its point or a bicycle upright while stopped (no training wheels!). Possible, but instability is a b!%#.

But let's back up to how you might go about doing this. The pressures on the ring would be enormous, so you would have to make it very thick and out of really strong materials. Carbon nanotubes would be great but expensive. Odds are we'd go with steel for cost and just make it thicker.

Then you need to build it in exactly the right place and at the right height. And the supports would be none too stable also (why would we not just build this as a giant global bypass and leave the supports in place?). But let's say you got it built. To pull off this feat, you need to remove the supports simultaneously and quickly. That won't be easy since they'll be huge and firmly in place. Best synchronized demolition ever!

Ok, now you have this ring floating. It had to be built above the atmosphere because any winds or atmospheric effects could bring it down. But also, it had to be built at the right altitude to avoid all that space junk we have floating in orbit. (One stray satellite and BAM! we'll bring a whole new meaning to the phrase "Hey look at that huge metal ring that's crashing down to Earth!") 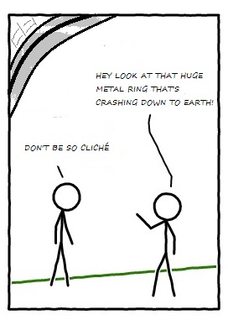 And, to make this easier for us, somehow we got it spinning (not very fast) so that angular momentum and orbital mechanics could help us out (Okay, those don't actually help the ring, but neither do they hurt it and they make it look cool; a spinning ring in space. I call that a net gain, so it helps).

Before the day is out, we have a problem. We forgot one crucial thing. That darn Moon! The tidal forces from the Moon (wherever it is at that time) upset the delicately balanced and unstable ring system. Now we have something that we should have considered; the extremely massive ring of steel we built is crashing towards Earth. It's going to leave a dent and kill lots of folks. On the plus side, building a massive ring like that will look good on your resume.

Why not try this at home by using the Coulomb force or magnetism instead of gravity?
Although all those forces are different in nature, mathematically they are the same: $F(r) = -\frac{const.}{r^2}$
Edit: Magnetism is different as pointed out in the comments, but it still works for illustrating the problem. In fact, the result is the same for any $\frac{-1}{r^c}$ force with $c>1$.
Take a small magnet and place it inside a keyring on top of a table. You will find that even despite the friction helping you to keep both parts concentric, the slightest asymmetry will result in a non-zero force and make them snap together. 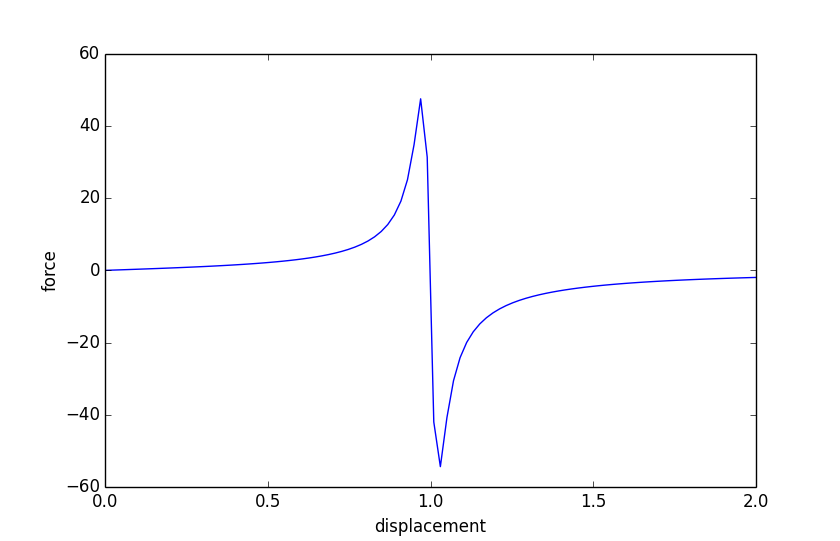 As soon as the ring is displaced, it experiences a force in the same direction which results in further displacement (up to $\varepsilon<1$, then it hits the ground, earlier if the earth has a non-zero radius)

If the ring elements are actually in orbit (i.e. each part would follow the ring shape by itself without need for a pillar), then you get this: 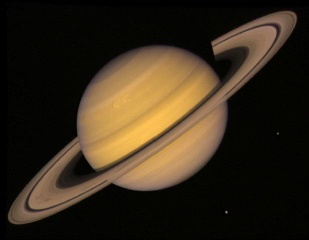 If each ring element is "closer" to the Earth (i.e. they don't revolve fast enough for their altitude), then the pillars offer sustenance. If you remove them, then the ring is stable in the north-south axis, but not laterally. That is, if you build the along the Earth equator, and then remove the pillars, then the ring will crash somewhere on the equator (the north-south stability should ensure that the ring will remain in the equatorial plane), but it will crash.

(Of course, we don't know any material sturdy enough to prevent the ring from deforming under the pressure; in practice it would crash in many places at once, all along the equator.)

If each ring element is "farther" from the Earth then the "pillars" are really cables that keep the ring elements from flying away; if you remove the pillars then things will depend on how the links between the elements resist to the tension. As long as they don't break, you should get a ring that will stay there, like orbiting satellites by rotating faster than they should.

People considered (An electromagnetic space elevator? ) a superconducting ring with a high current in space above the equator. The weight of the ring can be balanced by the force due to Earth's magnetic field acting on the current.

Well, we have people expounding on the equilibrium being unstable but, uh, wouldn't the net force result in an attraction between the centres of mass? To me, that seems like an essentially stable setup, at least before taking rotation into account.

user64210user64210
1
$\endgroup$
2
Add a comment  |
Highly active question. Earn 10 reputation (not counting the association bonus) in order to answer this question. The reputation requirement helps protect this question from spam and non-answer activity.

Not the answer you're looking for? Browse other questions tagged newtonian-mechanics newtonian-gravity orbital-motion earth satellites or ask your own question.

6
How would a rope around Earth fall?
22
Why is Larry Niven's Ringworld Unstable?
6
An electromagnetic space elevator?

5
What is the reasoning behind the Hill Sphere?
3
How would the Sun's gravity affect us if we weren't in orbit?
2
Moon Gravity Vs Earth Gravity Pull
1
Regarding the objects in free fall in the ISS