And if they do, where could I find an irradiance spectrum or something like that?

I am especially curious if they emmit/reflect UV radiation.

The absorption isn't perfect, however. My first job out of college involved working with an experiment on a NASA satellite that assessed the amount of ozone in the stratosphere by looking at backscattered ultraviolet light. This was a follow-on to the Backscatter Ultraviolet (BUV) experiment flown long, long ago on Nimbus 4. That original experiment wouldn't have worked if earthshine had no ultraviolet component whatsoever. That experiment did work; it has been replicated many times over, including the instrument with which I worked. Looking at backscattered ultraviolet is one of the principal techniques for determining the amount of ozone in the stratosphere.

Here's a spectrogram of a narrow portion of the UV spectrum of earthshine from a more recent experiment, the Global Ozone Monitoring Experiment on the European Remote Sensing (ERS-2) Satellite: 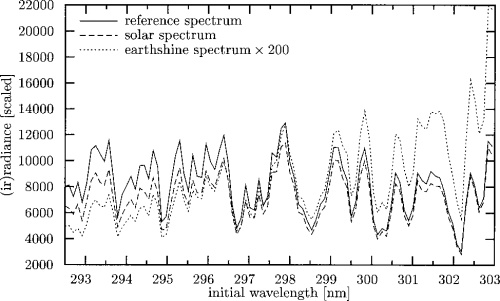 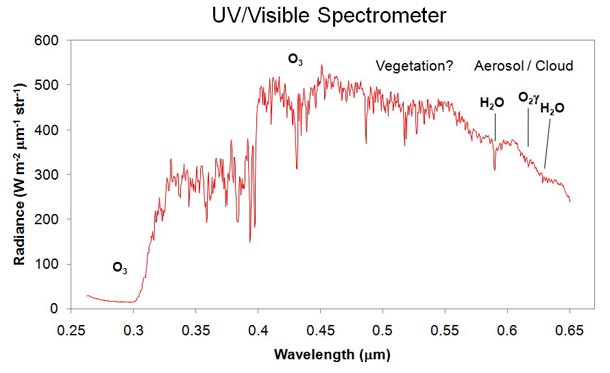 This spectrum comes from the Lunar Crater Observation and Sensing Satellite (LCROSS). LCROSS was, per its name, was intended to be used to observe the Moon. It pointed its sensors at the Earth to calibrate those sensors. This spectrum shows that there is very little to earthshine at wavelengths shorter than 290 nanometers.

With regard to moonshine, while the Moon does have an atmosphere, it is so extremely tenuous that it does almost nothing to absorb or scatter light. Except for specific absorption bands, the Moon's surface is close to "white" in terms of absorption. (Actually, it's much closer to black than white. The Moon may look bright, but it's not. It's very close to black asphalt in terms of reflectance.) The tiny portion of light reflected by the Moon has very close to the same spectrum as the light source. The Moon will reflect ultraviolet.

There will be the reflected spectrum from the sun, which also has an ultra violet component.

Here is a plot: 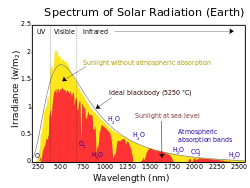 The black body radiation emitted by the moon and earth also will have an ultraviolet tail as seen in the formula of Planck's law:.

At the temperature of the earth black body radiation in the UV is already is very suppressed , at 255K, and even more from the night side so for the moon. (The day side is can go to 400K). So the reflected UV will be dominant.

Here is a measured reflected spectrum 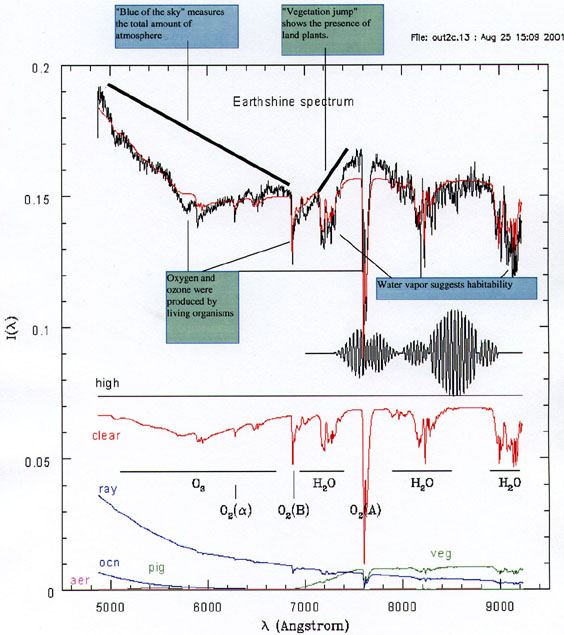 It stops at the ultraviolet limit, as different techniques are needed, but it is reasonable to assume that there exists plenty of reflected ultraviolet, at a first approximation as much as the blue.

Not the answer you're looking for? Browse other questions tagged radiation or ask your own question.

3
Modeling incoming solar radiation
5
How does radiation degrade mechanical parts and electronic devices?
0
Does the EM wave or photon in Infra Red radiation contain energy?
1
How do we identify distant radiation sources?
0
Radiation therapy
1
Wavelength and penetration by EM radiation
1
How 'bright' would a lethal dose of radiation be?
0
Understanding radiation of objects