Does anyone know the mechanism behind this double helix cloud formation? 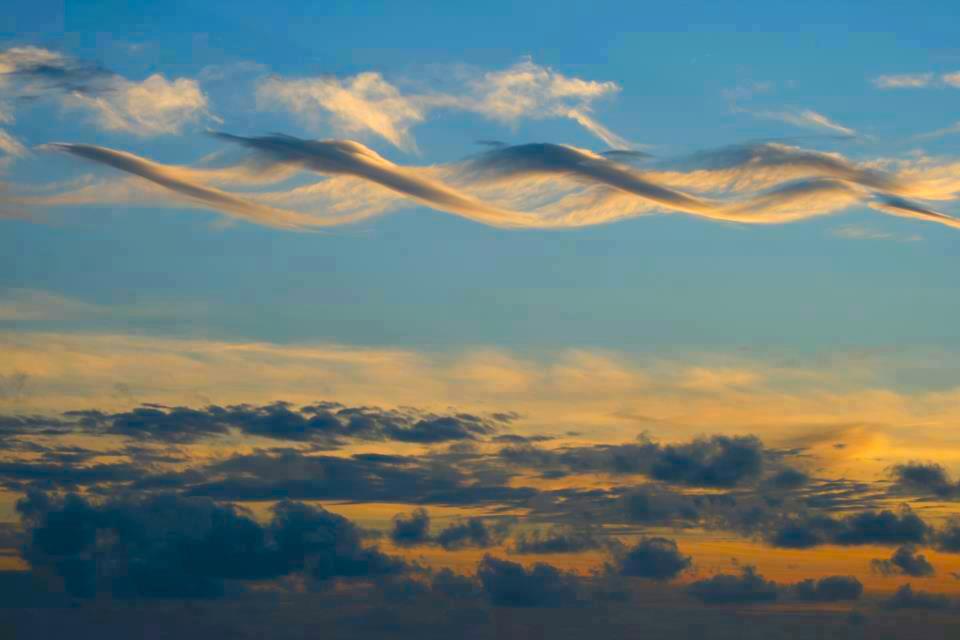 Helix clouds are quite uncommon - a Google search reveals only a few, oft repeated, images. There are several short discussions about them on various forums, the longest of which glances over a few interesting ideas including an attempt to quantify the evolution of a well-documented Muscovian example with time.

It isn't a jet stream core - they are too small (and found in areas where the jet stream isn't). You need something capable of generating a long thin cloud, and something to spin it. The first part is easy: a contrail being the prime example (as well as several other common cloud types). The second part requires some phenomenon to generate a twisting cylinder of air, and there is one! Strong localised vertical shear generates horizontal vortices that tend to twist over their length.

That covers a single helix cloud - but what about the double helices? Well, contrails from larger airplanes form a fine example of two distinct lines of cloud, which, under the scenario described in the previous paragraph would wrap around each other to form such a shape.

Example over Moscow, almost certainly generated from a fleeting contrail.

Not the answer you're looking for? Browse other questions tagged fluid-dynamics atmospheric-science stability or ask your own question.

2
Satellite droplets in a breaking liquid jet
4
What are the principles behind foam formation?
0
Are lighter molecules in the air more affected by earth gravity?
2
Rayleigh-Taylor instability with negative Atwood number?
3
How do liquid jets break up?
1
Estimating the upper limit for cloud formation?
0
Why does the sky after sunset mimic the blackbody spectrum?