What are Stephen Hawking's main contributions to research-level physics?

Without a doubt, Stephen Hawking is the most famous living scientist; indeed, his public visibility in all of history seems to be rivaled only by Einstein and easily eclipses giants of physics such as Bohr and Dirac.

Media portrayals of Hawking focus mainly on two points: His popular science writings such as "A Brief History of Time", and the intriguing contrast between his physical disability and mental prowess.

What is almost never mentioned, however, is what Hawking actually did in his active time as a physics researcher. His long history of winning awards and holding one of the most prestigious professorships in the world speaks for itself. I would like to hear from people active in physics today how Prof. Hawking influenced their field away from the media circus that surrounds celebrity.

The two largest contributions that come to mind are both in the realm of general relativity.

The first is his contribution to the singularity theorems. These are purely general relativistic results (i.e. no quantum mechanics involved), and they mathematically prove that generically one expects to find singularities in spacetime. That is, except in somewhat contrived circumstances, one expects to find there are paths in spacetime that simply "end," unable to be extended any further. Our physical theory breaks down at these places, and it cannot say what happens should you reach one.

The other main set of contributions are to black hole thermodynamics, applying ideas such as entropy to black holes. Hawking is especially known for his eponymous radiation, which he showed one expects to see coming out of a black hole. This is a famous application of the fact that the vacuum state in quantum mechanics is only preserved by inertial coordinate transformations: accelerating in "vacuum," or hovering outside a black hole, one should observe a thermal distribution of particles.

Interestingly, the eventual evaporation of black holes implied by Hawking radiation may undermine the practical applicability of the singularity theorems. If real black holes are only transient phenomena (though admittedly lasting many, many times the current age of the universe), then they may never harbor actual singularities to speak of. Or perhaps they do form singularities that survive the evaporation. There is much speculation in this area, and questions like these are at the forefront of research at the intersection of general relativity, quantum field theory, statistical mechanics, and information theory.

You can check this yourself using this very long link which will give you a list of Hawking's work that has been published in refereed journals, ordered by the number of times they have been cited in other papers (a measure of how influential they are on other scientists). This is a way of providing at least some non-opinion based answer to this question.

Hawking has written or co-authored about 190 papers (although ~20 of these look like a book in his honour) that have been cited >30,000 times and has an h-index (h of his papers have been cited >h times) of 74. This is an impressive number, though not remarkable. I could name several currently working astrophysicists (though not me!) who could top this number, and you would probably never have heard of them. What are remarkable numbers though are that he first-authored 143 of these papers and his normalised citations (divide by the number of authors) number >24,000.

His most well-cited paper is far and away his 1975 paper on Particle Creation by Black Holes, a.k.a "Hawking radiation" - where he attributes a temperature to black holes and predicts that small black holes will evaporate. His second-most cited paper, from 1974, - Black Hole Explosions? was also in this topic, where he discusses the explosive effects of evaporating low-mass black holes at the ends of their lives. Another very well-cited paper is work with Gibbons in 1977 to verify that the entropy of a black hole is given by 4 times the area defined by its event horizon. Thus I would argue that his work on black hole thermodynamics in the 70s was his most influential work.

Looking down this list, I have to concede that I do not even follow the abstracts of about half of them; I did come across this curiosity that may amuse. Cited 382 times, from 1984, The Cosmological Constant is Probably Zero. It's a useful word - "probably"!

The above is all factual (and your question risks being closed as inviting opinion-based answers). In my opinion I do not think comparisons with other well-known physicists are fair or valid. It was a different time. You mention Bohr and Dirac. I actually think that both of these had a much wider influence on the direction in which physics has travelled. Hawking's work has not really been in the physics mainstream (nuclear physics, particle physics, solid-state). However, what is unarguable is Hawking's massive influence (or "public visibility" as you term it) on the public's perception (though possibly not its understanding) of scientists, cosmology and black holes.

And then of course there was his real breakthrough moment... 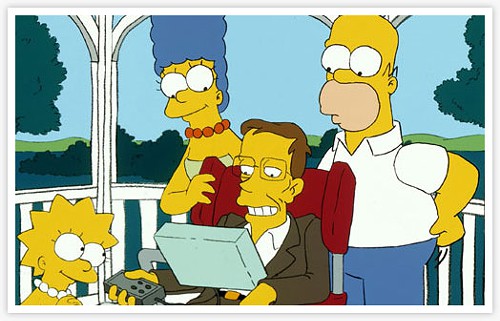 8
Why does math work for describing and solving physics problems?

6
Does physics education research support the idea that answer keys are bad?
1
Paragraph from a Stephen Hawking's Book (Uncertainty Principle)