Why is the voltage negative? 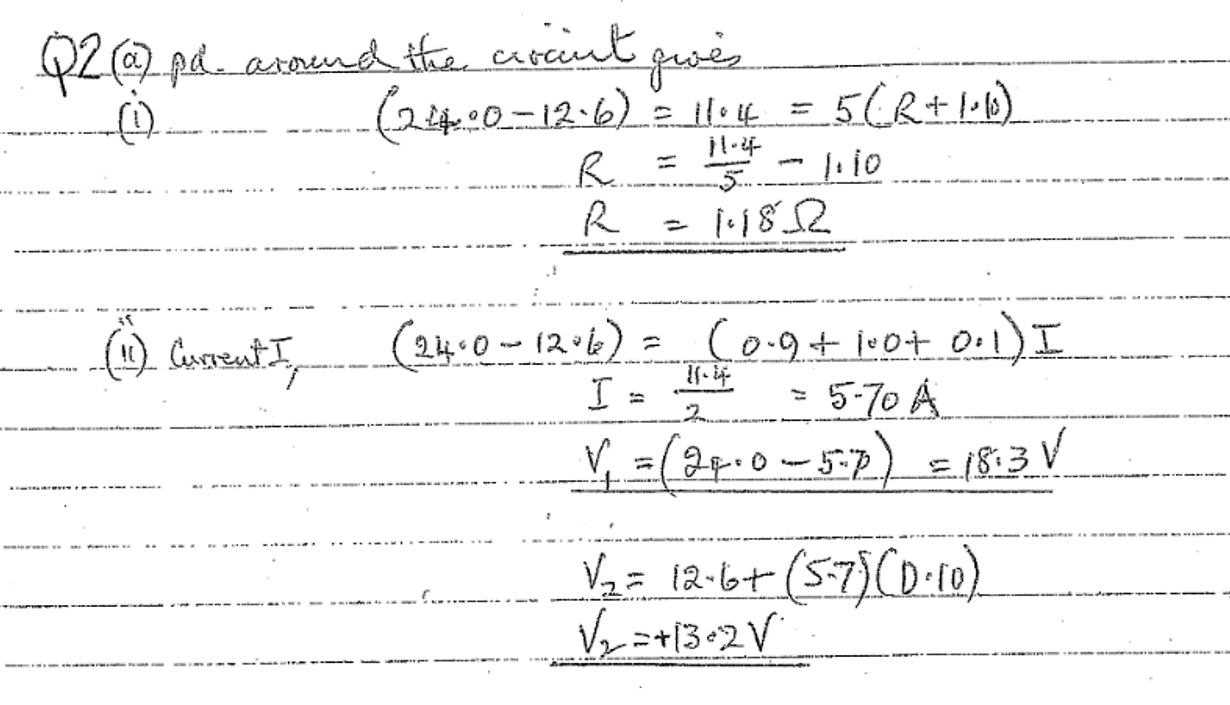 What I don't understand is why the the two voltage sources are subtracted when working out the emf for part a, The graph does not show the orientation of the solar panel so I thought I was to assume they had the same orientation?

for part b why is it that when working out the voltage across V1 and V2 for V1 you subtract the voltage dropped across the internal resistance while for V2 you add? Thank you.

1
Voltage of open circuit
2
The shape of the graph of the equation: $V= -r I + E$
1
What really causes terminal voltage?
1
Why does internal resistance increase as current decreases?
0
In a transformer why do we consider the lost voltage to resistance negligible?
0
When the external resistor increases in temperature, why is the calculated value for internal resistance higher?
0
Understanding the effect of internal resistance on voltage