How fast would someone have to run to travel vertically up a wall?

I am currently doing a physics project on the effects of so-called 'super-speed'. I was wondering how fast you would have to run to vertically travel up a wall? That is, to negate the force of gravity. Is it even possible? Help would be appreciated!

The reason we can walk across the ground is because gravity pushes us downwards. This downward force is then opposed by an upward normal force from the ground. This normal force is what enables static friction to be present between our feet and the ground and this friction provides the horizontal force that lets us push ourselves forward.

When running or walking up a vertical surface, you still need a force from your feet to push you in the direction of intended motion. However, gravity is no longer pushing you towards the "ground" (or wall in this case). As a result, when you push off the wall with your feet, the normal force that is required to generate friction is no longer opposed by anything. As a result, trying to run or walk on a vertical surface results in you pushing yourself off of that surface and you fall.

Now, we've all seen movies where people like Jackie Chan run up a wall for a brief bit. They way they do that is by running at the wall first. They then jump at the wall and the wall has to apply a force to decelerate their horizontal motion to zero. That force can be used as the necessary normal force to generate the required friction. However, once the wall has eliminated all of their velocity towards it, any further steps would again push them away from the wall entirely.

So in theory, if you got a really fast run at the wall, you could make it up higher before you pushed yourself off of it again. This couldn't be more than a few steps though because the wall quickly decelerates your horizontal velocity. That means that slow steps would take too long to go very far. Additionally, fast steps would mean that you need to accelerate upwards much harder. And so you'd require more friction, meaning a larger normal force from the wall, meaning a faster deceleration of horizontal velocity, meaning a sooner departure from the wall. Not to mention that to go really high would require you to run at the wall so fast that you'd splat when you jumped at it to start running up (splatting is bad, just fyi). This is a no-win scenario.

That said, if you replace friction by another source of a vertical force (one that doesn't result in you being pushed off the wall) then the only thing that keeps you from sauntering up it is the strength of your legs. But if they can overcome gravity (and if you can climb a ladder, then that's a yes) then you can run or walk so long as something holds you to the wall. Credit where it's due, as t.c pointed out, spoilers like from a race car would also work to provide the oh so necessary force towards the wall. Also magnetic boots, a big fan pointed outwards, a strong wind, etc.

The lesson? While it's really cool when a super-fast character in a story runs up a sky-scraper, this simply isn't realistic. Sorry to spoil the fun :-(

In addition to Jim's answer, you could get enough traction if you are allowed to run up the wall with wings (airfoils). Formula 1 racecars could theoretically drive on the walls or ceilings without falling simply because the aerodynamic downforce generated by those wings can be up to 5 times its weight. Of course you'd have to run at superhuman speed in order for that to work. 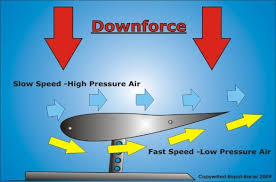 You may move up the wall as fast as you want, provided you are able to maintain that speed. The work you need to do in the process is mgR, where 'R' is the radius of the earth, 'm' is your mass and 'g' is the acceleration due to gravity. 'mgR' is the binding energy between you and the earth, which you need to counter to escape earth's pull.

If you want to simply jump once and escape the earth's pull, you need to jump with a velocity equal to earth's escape speed which is equal to 11.2km/s.

Edit: You actually might end up spending a lot more energy in energy dissipations due to friction and air resistance. But to calculate this requires a much more complex calculation. However, if you want to move with a relavively low velocity and if your path is frictionless, then my answer will suffice.

Assuming you have overcome the lack of traction, it would be more about the force required than the speed.

The required force would also depend on your weight.

Therefore to maintain your position without moving, if you weigh 200Kg, you would need to exert at least 1,960 Newtons; anything more than that and you would move up the wall.

The more force, the faster you go.

We can take three steps or so against a wall, what we do is not walking or running, we kick the wall about one meter (our leg) before the collision, change the rotation of velocity, thus throwing our body upside and taking advantage of friction.

Not the answer you're looking for? Browse other questions tagged newtonian-mechanics newtonian-gravity acceleration friction speed or ask your own question.

21
How fast would someone have to run to run over water?
2
How to find speed when accelerating down a slanted wire
1
What is our estimated running speed on Moon's surface?
1
DC motor acceleration
1
Static equilibrium - Ladder against a wall, how far can person ascend