Sum of energy for 2 solids in rotation

I would like to compute the sum of energy of the following case: 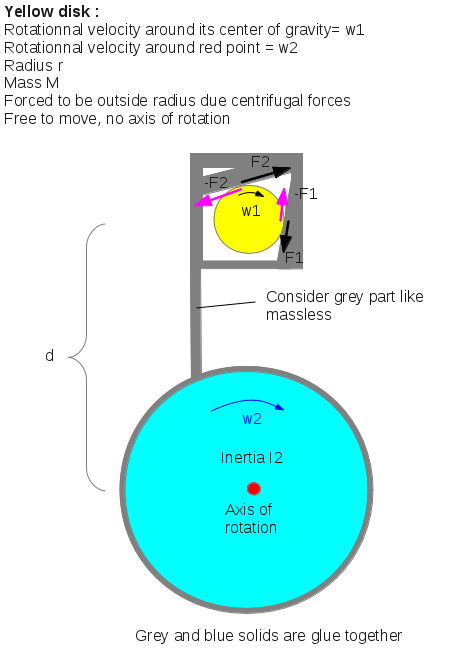 So the sum of energy is:

So, how can I do for compute the sum of energy exactly, please ?

I don't know if it's visible but $F_1$ in the last image goes to the center of rotation of the blue disk. It's important to notice that forces can be like that: 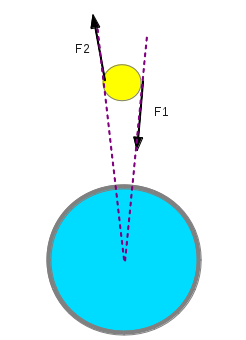 If forces goes to center of rotation of blue disk, there is no torque on it, so no work too. In the contrary, torque on yellow disk can change the energy of yellow disk. For the same work from friction I think. So, maybe these forces can't exist like that, so why ?

There are a couple things missing.

Not the answer you're looking for? Browse other questions tagged homework-and-exercises energy rotational-dynamics or ask your own question.