This is a fairly common misconception among schoolkids. The "action" force and "reaction" force act upon different bodies, and hence there's no cancellation.

Take for example, the simple process of walking. 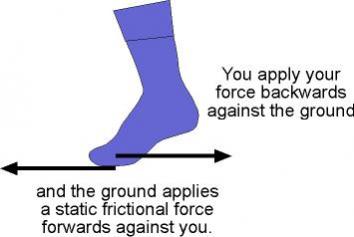 You push the ground backwards ("action" force), the ground pushes you forward ("reaction" force). It is clear that they are not acting on the same object. And hence, they obviously don't cancel. Otherwise you wouldn't be able to walk.

To avoid possible copyright issues, I point out at the original source of the image is this.

Newton's third law of motion is not applied on a single body.

Suppose, there are two bodies $A$ & $B$ .Now $A$ exerts force $\vec{F}$ on $B$. Then Sir Newton said that the object $B$ will exert same force $\vec{F}$ on $A$ ie. in the opposite direction. So, they act on different bodies. There is no case of neutralization or cancelling out.

Suppose, there is a book of mass $m$ lying on the table. The earth exerts force $m\vec{g}$ on the book. By Newton's third law of motion, the book will exert same force $m\vec{g}$ to the earth but owing to its large mass, it doesn't move at all. The book then exert force on the table say $\vec{F'}$ and by Newton's third law the table will exert same force $\vec{F'}$ on the book. Now I am seeing that the book is stationary. Therefore by Newton's 1st law of motion, the net force acting on the book is $0$. Therefore $$ \vec{F'} - m\vec{g} = 0 \implies \vec{F'} = m\vec{g}$$ . Thus the reactive force exerted by the table on the book is equal to the force exerted by the earth on the book is equal but opposite in direction and acting on the same book. Thus the book doesn't move.

158
Given Newton's third law, why are things capable of moving?
10
Why does a conservative force return the work done against it by a body to that body?
2
Newton's third law.. please explain here
5
Why must a body lose energy to an opposing force?
1
What is the difference between Newton's first & third law?