why does a ray, parallel to the principle axis, intersect the principal axis at half the radius of curvature, i.e. focus? 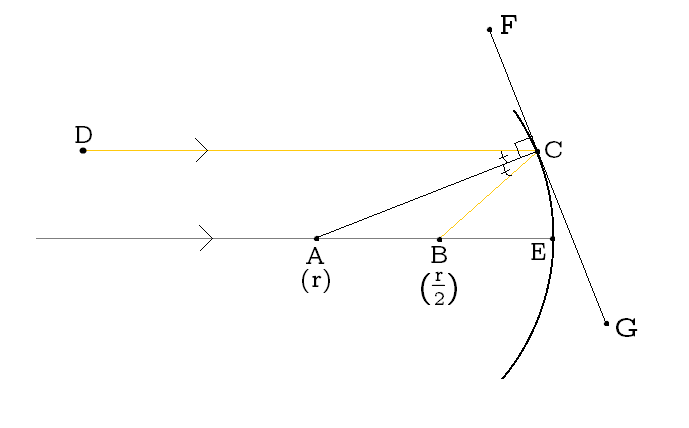 I was taught that in a spherical concave mirror, the rays parallel to the principle axis always converge at $f$, which is at $\frac{r}{2}$, but I found something like this in GeoGebra : 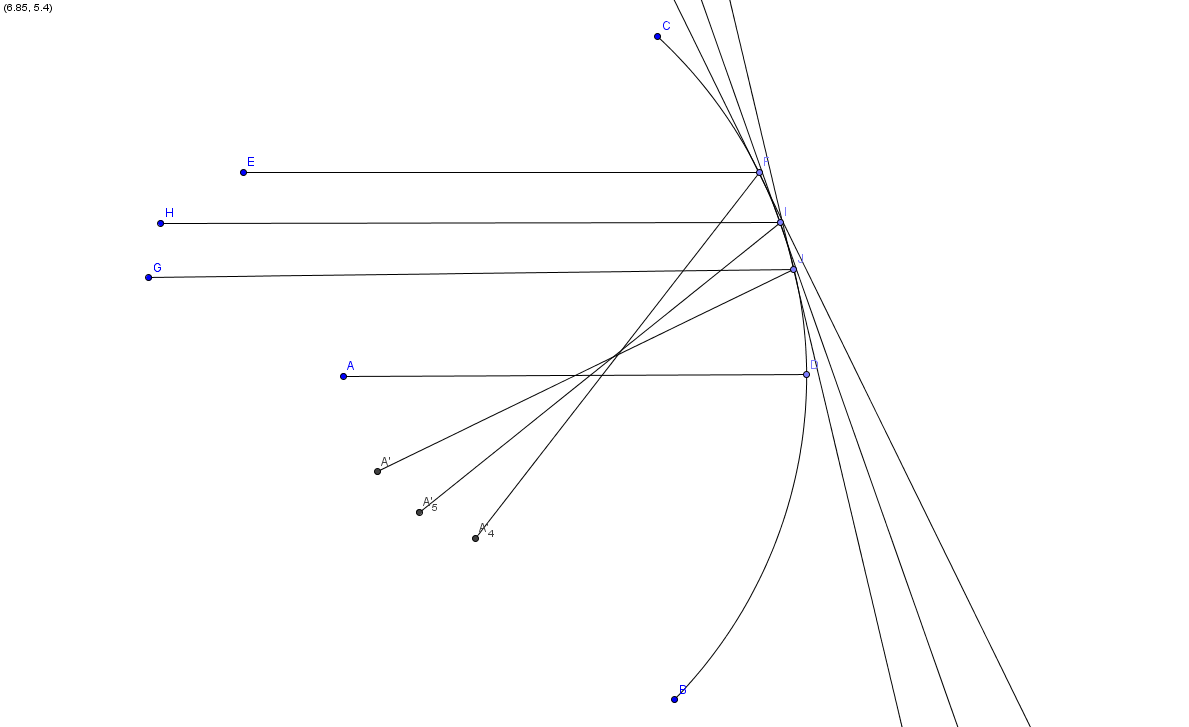 I think to be converging at a single point, the mirror has to be parabolic, as Olin and Floris said. Or rather it should be called paraboloid mirror. Now, why is the focus of paraboloid mirror half of radius of curvature?

optics geometric-optics
Share
Improve this question
edited May 20 at 3:21

As Olin said, for a parabolic mirror lines that start out parallel to the principal axis all converge to a point. This can easily be confirmed with a bit of simple math. For a mirror, angle of incidence = angle of reflection. I show that this results in a parabolic shape in my answer to an earlier question (see the last part of the answer).

Now a spherical surface is a reasonable approximation for a parabolic surface when the angles are small - the error gives rise to spherical aberration which limits the performance of (especially large) spherical optical elements, but it's a small error for small lenses. You can convince yourself by writing down the difference:

We can rewrite the spherical equation as

And when $y$ is very small, the first term dominates. However, at larger distances off axis, the second term becomes significant and the spherical surface is no longer a good approximation of the parabolic one.

As for the last part of your question - your own sketch effectively shows the answer. The tangent to the mirror surface is perpendicular to the ray from center of curvature. The laws of reflection tell you that incident =reflected angle, so for small angles the ray goes throught the point that is midway between the mirror and the center of curvature.

It doesn't. You need a parabolic surface, not a spherical one, to have rays parallel to the axis converge at a focal point.

I have no idea where you got your failed math from, but it's just plain wrong.

2
Light Ray Reflection from concave mirror
0
Drawing Ray diagrams
0
Principal focus question
0
What is meant by the focal point of a spherical mirror?
2
Focal plane of ideal thin lenses and spherical mirrors
1
What will be the effect on the image formed by a mirascope if spherical mirrors are used instead of parabolic mirrors?