Massless boson in 2D and its (retarded) propagator

I have the retarded propagator for a free scalar field in 1+1 dimensions. Inside the light cone, this looks like $J_0(m \sqrt(t^2-x^2))$, $J$ being a Bessel function. When I take the massless limit, however, this goes to a constant.

In 3+1 dimensions, where I have a $J_1$ function as my retarded propagator, this goes to 0. Intuitively this makes sense to me, since a massless particle only travels at the speed of light. But what's different in two dimensions so that the propagator goes to a finite constant for $x \ne \pm t$?

Extra question: how do I obtain an expression for the propagator on the light cone ($t= \pm x$)? I know it's going to diverge and I'm going to find a delta function, but how do I exactly get it?

The propagators of massless Bosons are only zero inside the lightcone if the number of spatial dimensions is odd and larger than 1.

You can determine the exact form of the propagator on the light-cone, even though it is divergent, and do so for any number of spatial dimensions, in the following way:

Use this expression to derive the propagator in d spatial dimensions from the 1 dimensional case with,

For the real valued Klein Gordon propagator this becomes:

The following graphs showing the mass-less cases are from numerical simulations: 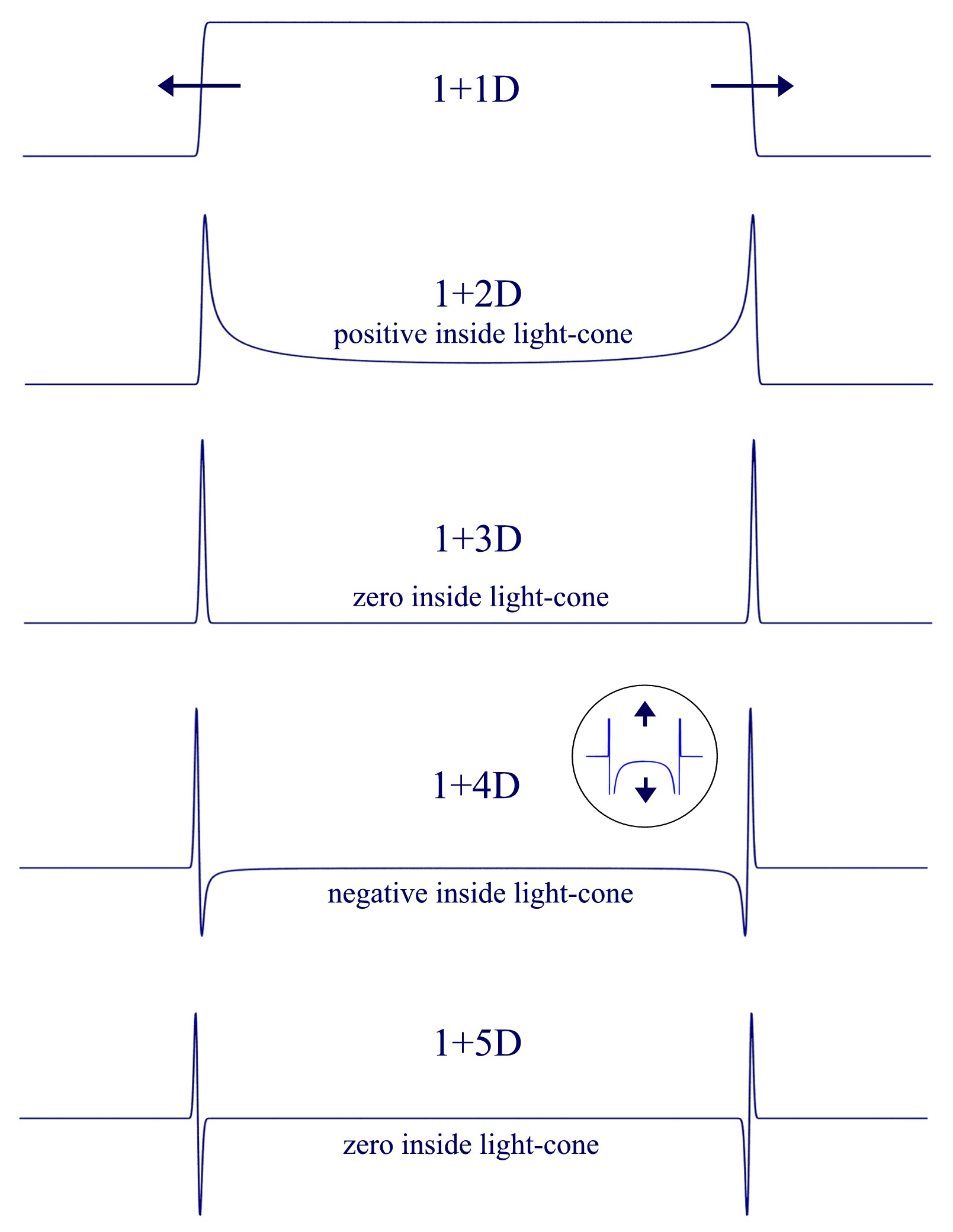 The even dimension cases are non-zero inside the light-cone because of the 1/2 order derivatives.

Not the answer you're looking for? Browse other questions tagged homework-and-exercises quantum-field-theory fourier-transform propagator or ask your own question.