I have a reasonable understanding of electron/positron annihilation, in that it is a collision between a pair of particles, one matter and one antimatter, that generally produces gamma radiation. However, I do not understand how this concept can be applied in astrophysics. In particular, what are annihilation lines?

Annihilation lines are spectral lines caused by the collision of particle-antiparticle pairs. In the case of $e^-e^+$, the emission is at 511 keV. 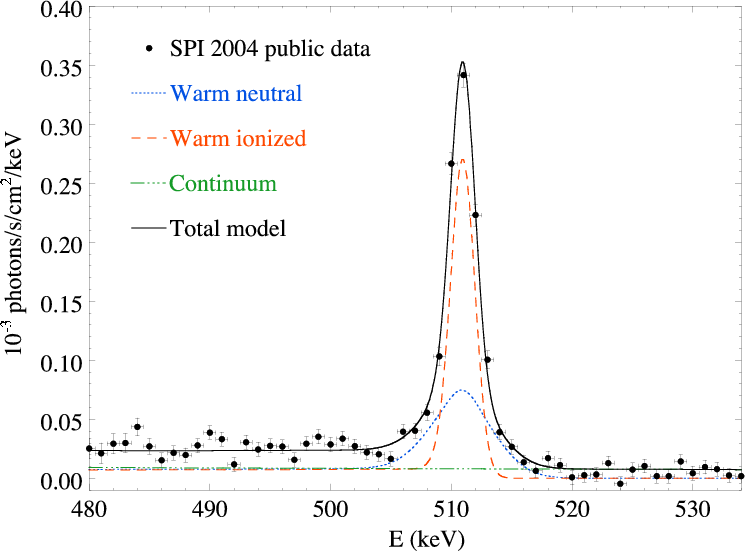 However, because it is caused by a collision of particles, rather than an absorption-emission of a photon, the peak is Doppler broadened. This means that the peak is spread out over a few keV, rather than a very sharp feature only at 511 keV, as an emission spectra would be. This effect is true for all annihilation lines, not just $e^-e^+$.

The galactic plane is a hotspot for the 511 keV line, but we're not really sure (as far as I know, at least) what is the source for the positrons. 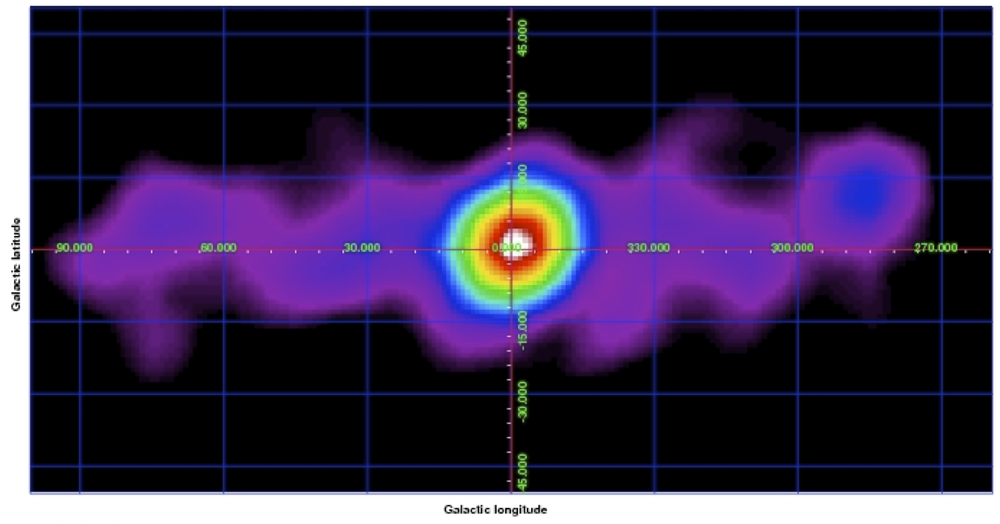 Not the answer you're looking for? Browse other questions tagged soft-question astrophysics antimatter gamma-rays or ask your own question.

2
Will Positron Cause flow of electricity?
37
How close does a particle-antiparticle pair need to be for annihilation to happen?
0
How to distinguish between dark matter and dark antimatter?
0
Is Light Amplification Synchronise Electron/Positron Radiation possible?
0
If particle-antiparticle annihilation produces gamma rays why aren't we constantly being bombarded by gamma rays due to pair production?
1
Electron-positron annihilation/creation
0
Endless electron-positron annihilation/creation?
47
Why is matter-antimatter asymmetry surprising, if asymmetry can be generated by a random walk in which particles go into black holes?