What is the highest frequency directly detected?

The Feynman Lectures of Physics states:

In fact, although we mentioned many frequencies, no phenomenon directly involving a frequency has yet been detected above approximately $10^{12}$ cycles per second. We only deduce the higher frequencies from the energy of the particles, by a rule which assumes that the particle-wave idea of quantum mechanics is valid.

The copyright on the lectures is from 1963. Have higher frequencies than 1THz been directly detected since then?

This has a large overlap with my answer to Have we directly observed the electric component to EM waves?, so I'll leave the details there, but the short answer is that via the experiment known as attosecond streaking we are now able to directly detect the oscillating electric field of a pulse of near-IR radiation: 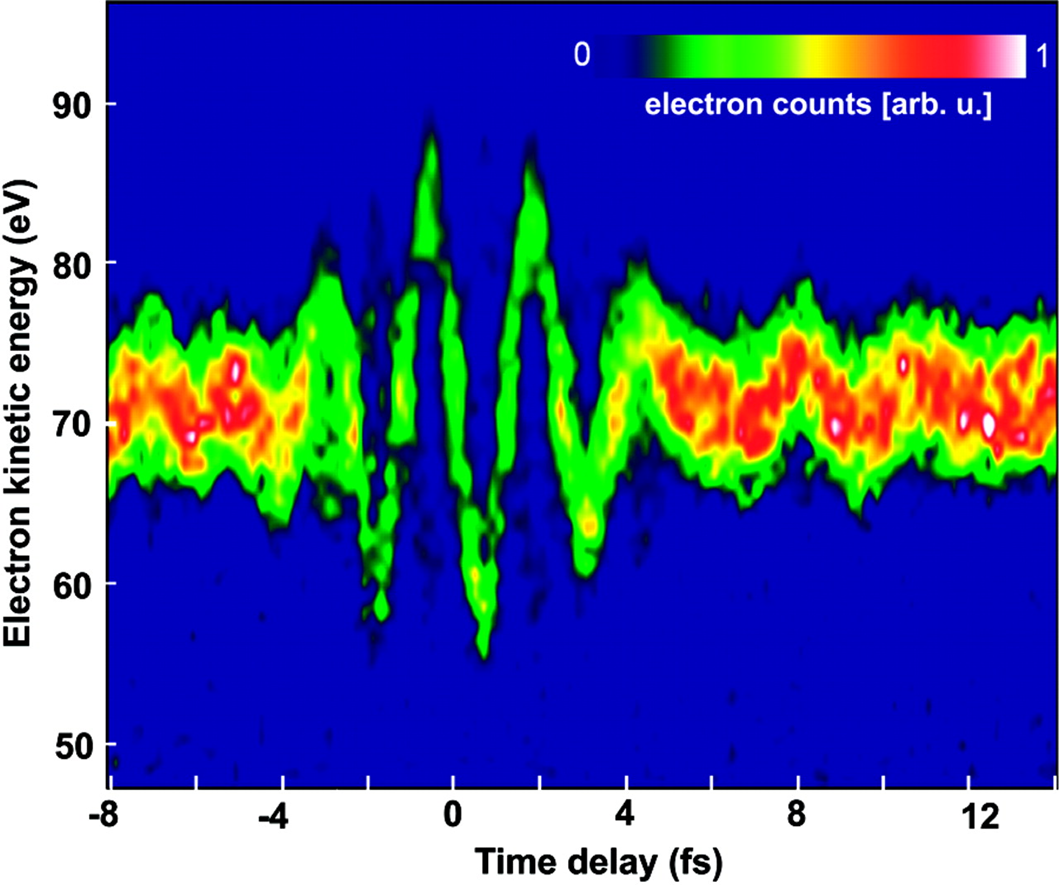 The experiment works by looking at ionization under a very short pulse of UV light which is co-propagating with the near-IR beam whose electric field is being imaged; the energy of the outgoing electrons then shifts up or down depending on the instantaneous value of the electric field of the near-IR field. You then scan the time delay between the two pulses by moving a mirror, and the wiggles in energy trace out the waveform of the pulse.

This gives you a direct detection of the waveform, and thus of the period and with it the frequency.

And while we're here, I wonder what Feynman would make of the frequency comb (examples of which have been reported at frequencies as high as $7 \times 10^{15}\:\rm Hz$). Does it count as a "direct detection"?

Not the answer you're looking for? Browse other questions tagged electromagnetic-radiation experimental-physics frequency or ask your own question.

14
Have we directly observed the electric component to EM waves?

31
What is the highest possible frequency for an EM wave?
39
Can a photon get emitted without a receiver?
2
The Feynman Lectures, behavior of electromagnetic spectra
5
What exactly does the *frequency* of a photon mean?
2
Frequency Chirp, Instantaneous Frequency and Photons
2
Difference between Debye frequency and highest phonon frequency