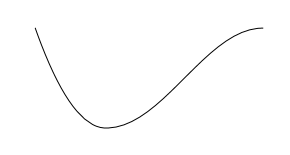 6
Angular momentum of particle rolling around inside of sphere
4
Acceleration: A ball sliding down the inside of a semicircular bowl
2
Minimum initial vertical velocity of a projectile
0
Masses connected with a string, one mass in unifom circular motion