How does an electron move around in an orbital? Is it "wave-like" or random?

When an electron is moving around in its orbital, is it actually moving around like a wave, like this video shows? (By wave-like, I mean, the 'electron' in this video is showing it following a predictable wave-like path, which would mean you could precisely determine its position which obviously you can't). 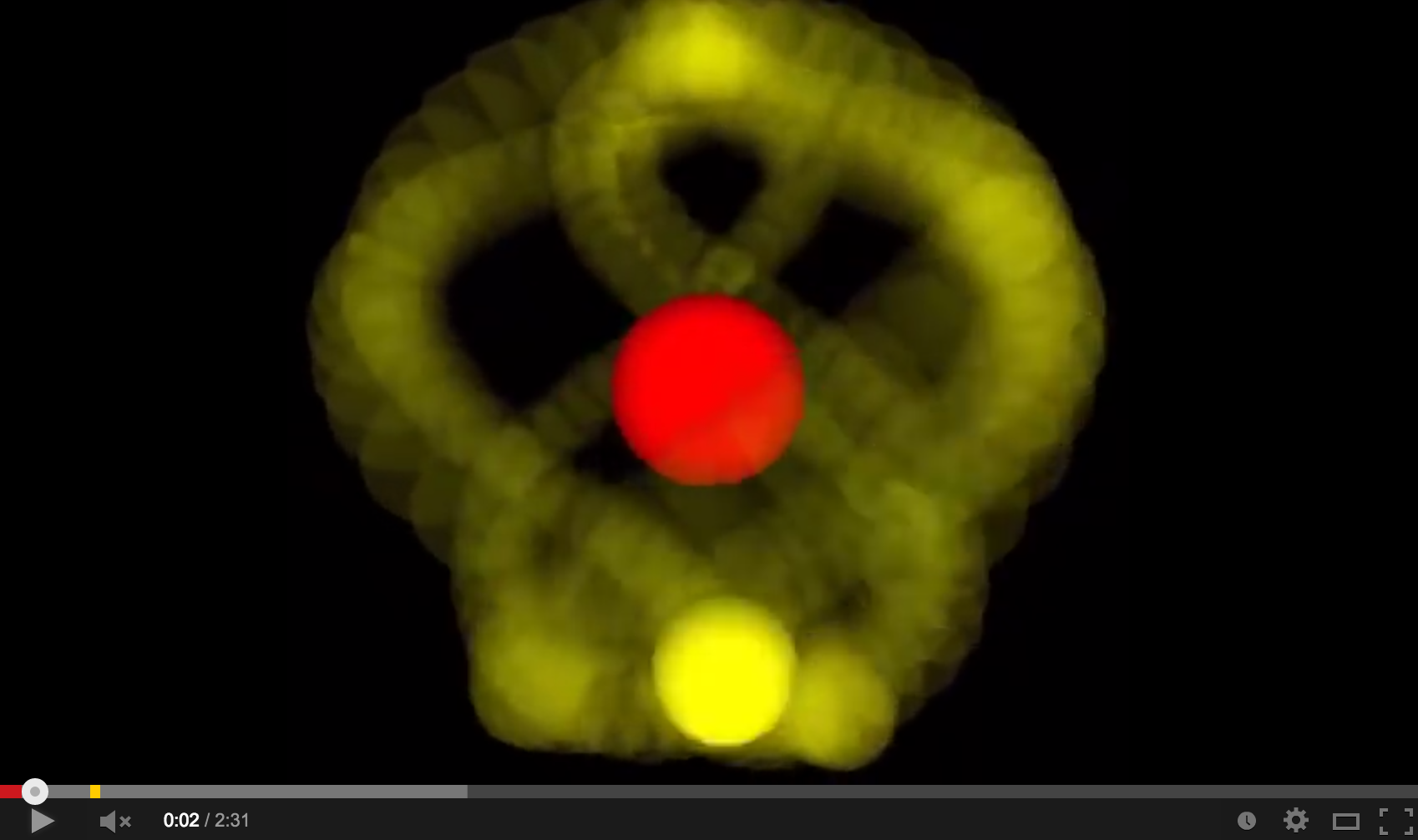 Or, instead, does it just have some probability to be in that orbital's space, and just randomly jumps around from one point to another? Or if not that, how does the electron move around in its orbital?

dmckee is right. However I would like to add some notes to provide an intuitive connection between the asker's question and the answer.

When we conceive of the orbital as a 2-dimensional surface in 3-dimensional space, as in the video above, we are not looking at the orbital. We might be tempted to say we are looking at the outline of the orbital, but the orbital extends infinitely into space. What we are actually looking at is a surface, within which the probability for the electron to be found is less than some number, for example 90%. Generally, a different choice of probability will not change the shape of the surface. This is convenient for the purpose of understanding what orbitals look like.

Neither. Electrons in "orbitals" are not moving (I don't like the term "orbital". I leave it to chemists. I prefer "wave function". More exactly, wave function of a stationary state. This means that nothing changes in time.)

It isn't even correct to identify a wave function with a "probability amplitude", i.e. as giving probability density with its modulus squared. It is true, but it isn't all. A wave function allows you to compute the mean value of any observable you want, e.g. angular momentum. As @JerrySchirmer notes, an electron in a stationary state may well have a definite (non-zero) angular momentum (not necessarily, however).

The electron does not have a definite position, neither can you say it is moving ... and so on. If all this sounds paradoxical, welcome to quantum mechanics. One point is never too much emphasized: you cannot understand QM concepts by reducing them to classical world. Entirely new ideas are at work there, and current language has no hope to express them, not even approximately.

Feynman speaks about this in several pages of QED. Just one quotation:

"The theory of quantum electrodynamics describes Nature as absurd from the point of view of common sense. And it agrees fully with experiment. So I hope you can accept Nature as She is - absurd."

Just a little comment to these words. Nature is not only absurd for common sense. It is so for a classical physicist too, when it comes to the phenomena we began to encounter a century ago or little more. Moreover, I am less optimist than Feynman was in that conference. I don't believe Feynman's listeners will have accepted something. More likely, they will have left the conference room thinking "I can't believe it, but if a great man like Feynman says it's so, I'll bow my head, respectful."

I also visited the link given by @ImmortalPlayer. I'm sorry but I think those answers too miss the point. There's nothing wrong, but in my opinion the real difficulty is not addressed - just touched. He who wants to approach QM must accept that an entirely new way of thinking of physical phenomena and theories is needed - a new paradigm, to use a word coined by Thomas Kuhn. It's not impossible, and the first steps can also be taken before immersing oneself into advanced physics study. But the right attitude is essential: not to demand that the new physical world be understandable remaining within old thinking habits.

Not the answer you're looking for? Browse other questions tagged quantum-mechanics electrons atomic-physics orbitals or ask your own question.

13
Where do electrons get their ever-lasting circulating energy?
13
How does electron move around nucleus?
1
Is the electron in an atomic orbital moving or not?
0
Electron waves in atoms