What is a flat rotation curve?

Was reading about dark matter and the distribution of it throughout the galaxy. it said "For example, if rotation curves are flat this means-" what exactly does this mean?

When you look at an image of a galaxy like our own, you can see that most of the visible mass is concentrated in the core and that the density of stars in this core region is approximately constant: 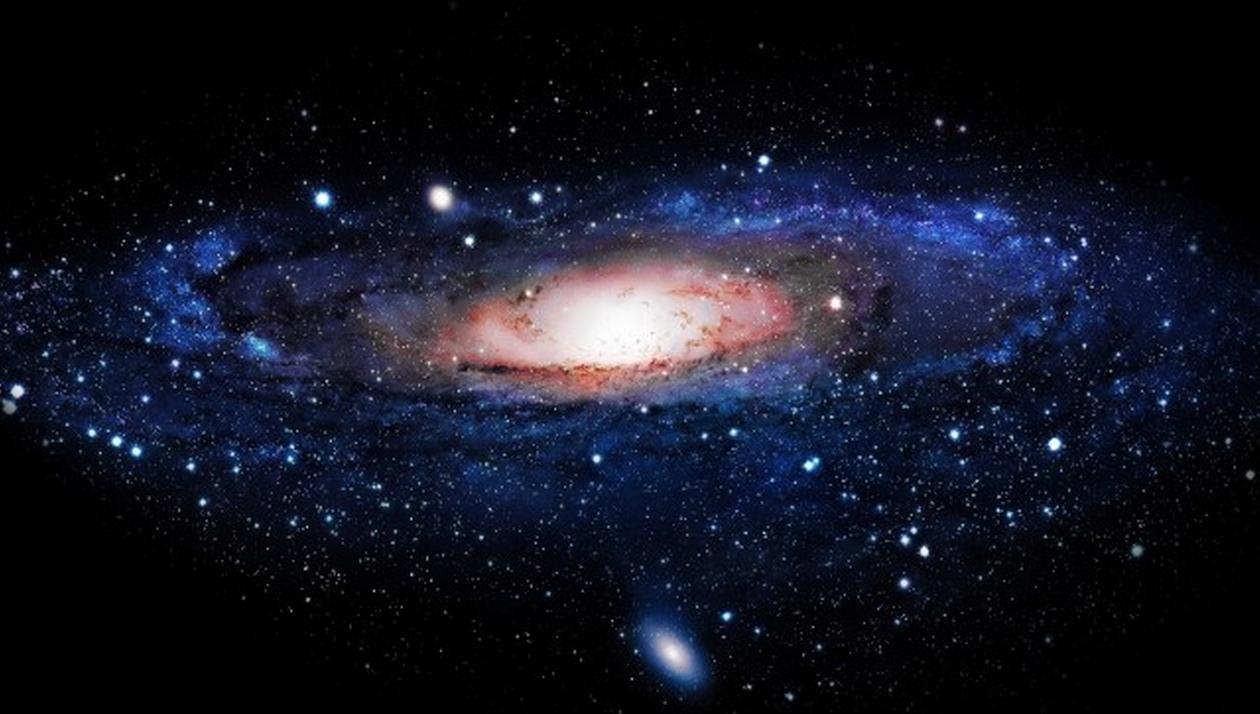 Now pick a radius $r$ far outside the core. Since the vast majority of the inner mass $M$ is contained within the core, then as we increase $r$ the mass $M$ will remain roughly constant. The velocity will therefore drop off as $$ v\sim 1/\sqrt{r}\qquad\mathrm{(outer)} $$ 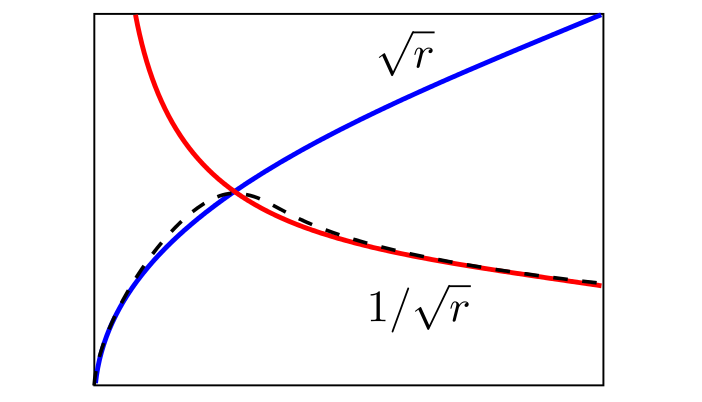 we can see the sort of shape the rotation curve should have. However, the actual observed curve is roughly flat as $r$ increases outside of the core region: 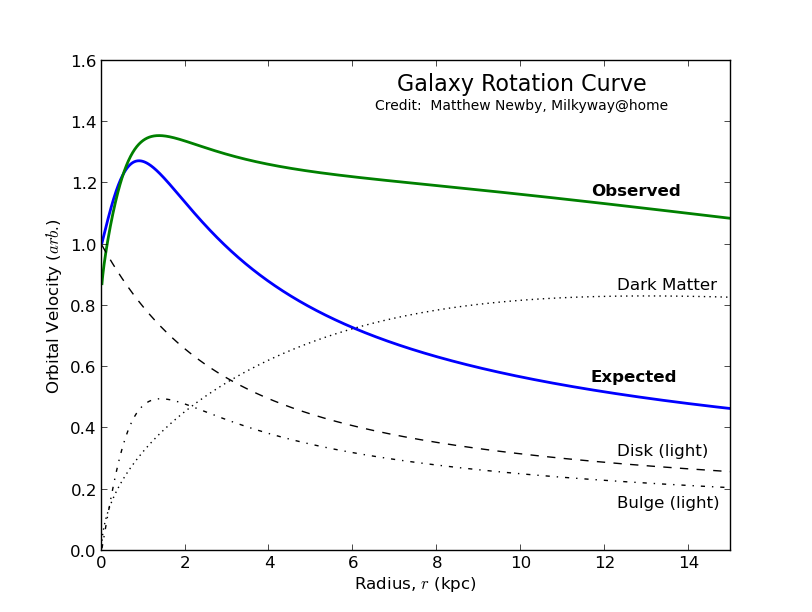 This tells us that there is more mass than we can see (i.e. dark matter). Also, from the equation $v=\sqrt{M/r}$, we can see that this is only possible if the mass $M$ increases roughly linearly with $r$.

Not the answer you're looking for? Browse other questions tagged dark-matter galaxies galaxy-rotation-curve or ask your own question.

1
Galactic Rotation Speeds - Ehrenfest Paradox, Gravitational time dilation, Dark Matter - all of the above?
1
Why do planets moving around our Sun lead to how stars move around the centre of a spiral galaxy?