Why doesn't a car slide down a banked road when there is no friction?

In case of banked roads without friction, there is an additional $mg \sin(\theta)$ which is unbalanced. Why isn't this taken into account because it is responsible for making the vehicle slide down the inclined plane?

Now, it so happens that, if your velocity through the turn is just right, the forces line up such that the net force is perpendicular to the road, and this is what you get: 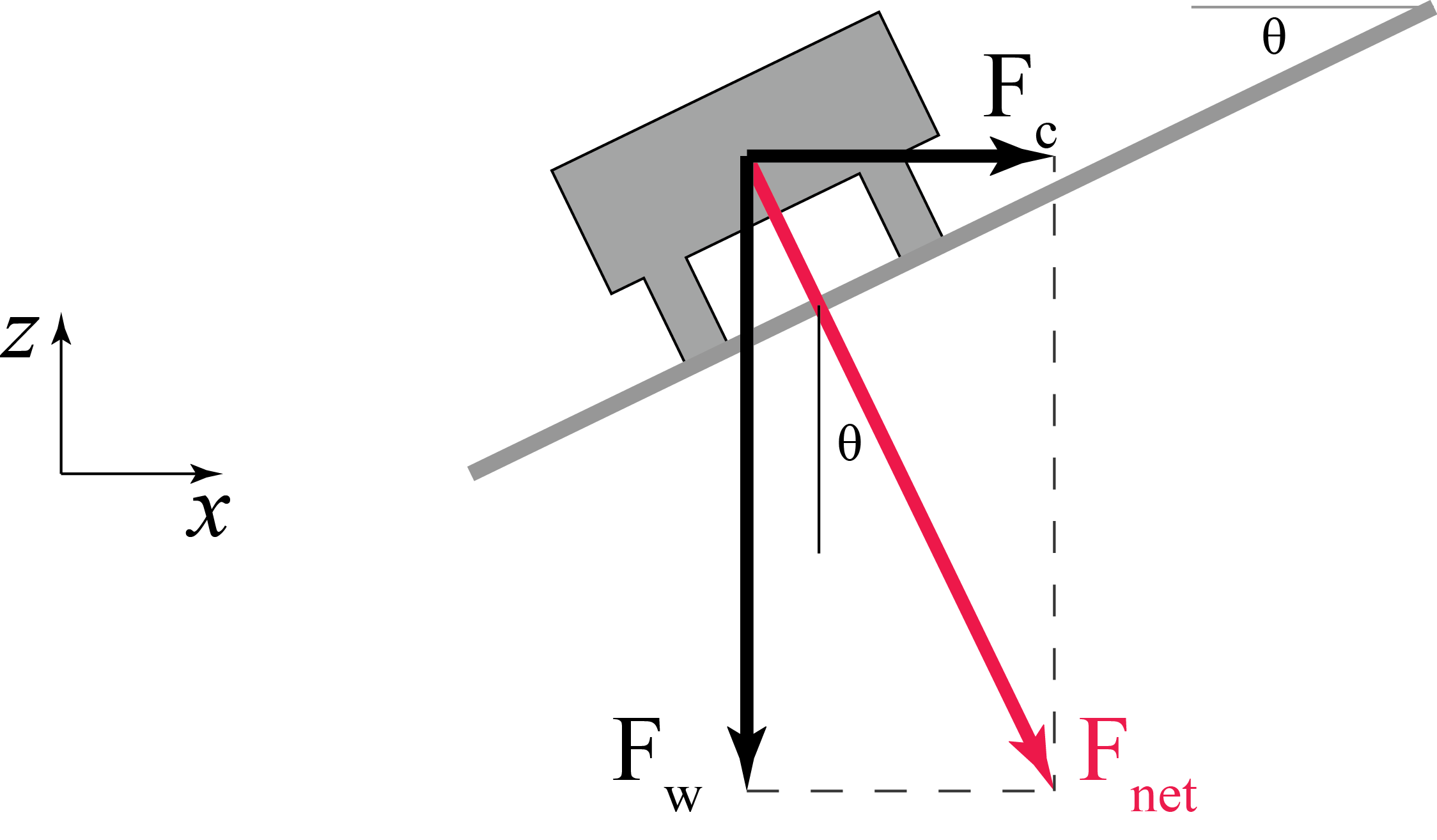 This would mean that the only force on the vehicle is pushing it into the road, so it doesn't slide down.

The normal analysis of this problem involves working in the frame of reference of the road; one where Newton's laws of motion apply, and there are no fictitious forces needed. 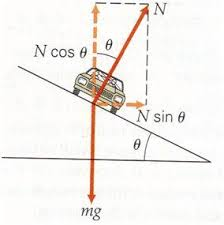 the two solid lines represent the only two real forces acting on the car: the force of gravity, $mg$, acting downward, and the reaction force of the road, $N$ , acting upward at right-angles to the road.

You could chose to resolve all these forces along the road and at right angles to the road; the results would be messier, but not basically different; for forces along the road (down to the right positive)$$mg \sin\theta = (\text{Centripetal Force})\times \cos\theta$$ and for forces acting at right angles to the road (above the road positive)$$N-mg\cos\theta=(\text{Centripetal Force})\times \sin\theta$$

Not the answer you're looking for? Browse other questions tagged newtonian-mechanics forces reference-frames centrifugal-force free-body-diagram or ask your own question.

1
Frictionless banked turn, not sliding down an incline?

4
Blocks stacked on an incline connected by rope around pulley
1
Why neglect friction when computing torque?
4
Why doesn't centrifugal force appear on an FBD for a car on a banked track?
1
Question about a car on a banked turn with no friction
1
Friction between a banked road and tyres of a car
2
Magnitude of acceleration of an object on inclined plane
2
Fluid in beaker on inclined plane