Which force is responsible for victory in tug of war?

The force on rope is equal for both of them at any time.

For winning the game the force on ground is responsible.

Looking at one side of the tug of war, there are two forces in line with the rope. The tension in the rope, and the friction force on the ground opposing this force. - Godric Seer

No one must necessarily slip: imagine that your feet rest in a little hole or on a starting block. Ground is just a point of support. The loser will be thrown off balance when he cannot withstand the torque.

, if the players stand at an angle α to the ground the tangential part of the force Fg exerted on the ground..- user9886

the forces are only equal if there is no acceleration (which in the game of tug of war, accelerating yourself and your opponent is the idea). If the force on the rope and the ground are both equal either nothing moves or some other force is being applied in the system. - Godric Seer

The force on the ground can be greater than the force you are exerting on the rope, because this is what causes the acceleration of you backwards. - Godric Seer

A lot of confusion has been brought through the comments adding to what already stated in the accepted answer, which has been soon refuted by Jàn Lalinsky:

the force on rope is equal for both of them at any time. - ramkrishna

Let's se if we can clarify all aspects starting from this crucial one. Suppose a dumbbell of 20 Kg is laying on the floor: g is constant, the reaction of the floor is constant ergo the force on the dumbbell on each direction is equal at any time. Now suppose you lift it with your arm[s]: 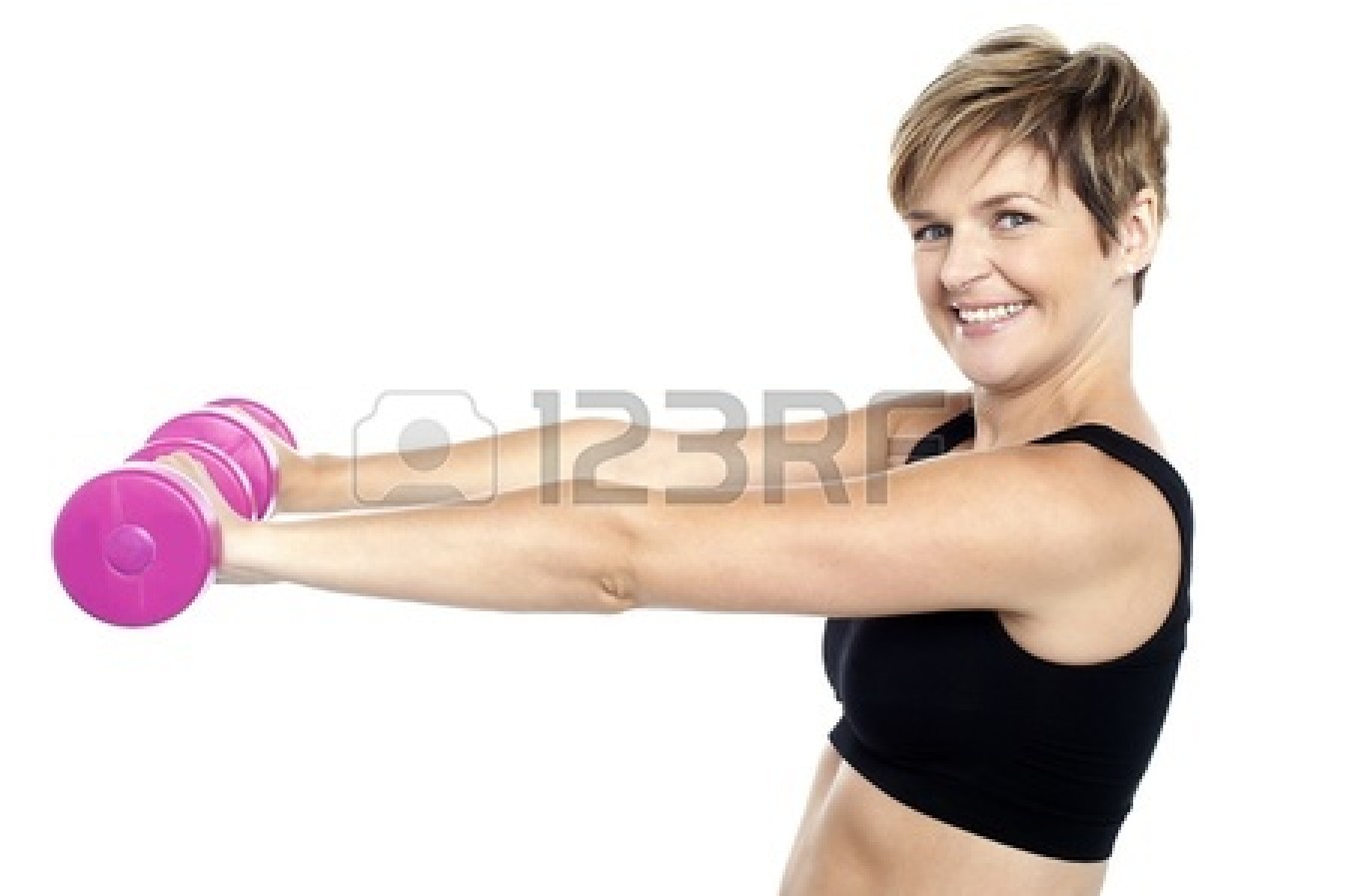 g is still constant but your reaction is not constant and the bumbbell will have oscillations whose amplitude depends on your strength. The dumbbell will never be perfectly still, even if the contrary force is constant.

As to the rope the situation is even worse as the opposing force is never equal. Let's consider only two players: the rope will never be still because when one player jerks it, the reaction of the opponent will always be delayed by, say, at least 2/10th of a second and after the jerk he must recover 'hang' from the effort for a fraction of a second or more, so, the reaction of the opponent will restore the position of the centerline or move it further toward the other side.

That as to the first fallacy: the force on rope is never equal for both of them at any time and the rope is never perfectly still.

Now the force on the ground: Each player must always stand at an angle (with the ground) less than 90°, best less than 45°, as in this picture: (http://en.wikipedia.org/wiki/Tug_of_war#mediaviewer/File:Touwtrekken.jpg), with at least one leg fully stretched. (I couldn't find a picture with one player. Consider only the first player: the other players can, in turn, bend knees and relax until the get the 'hang' command:

To achieve this, a person called a "driver" is used to harmonize the team's joint traction power. He moves up and down next to his team pulling on the rope, giving orders to them when to pull and when to rest (called "hanging"). If he spots the opponents tries to pull his team away, he gives a "hang" command, each member will dig into the grass with his/her boots and movement of the rope is limited. When the opponents are played out, he shouts "pull" and rhythmically waves his hat or handkerchief for his team to pull together. 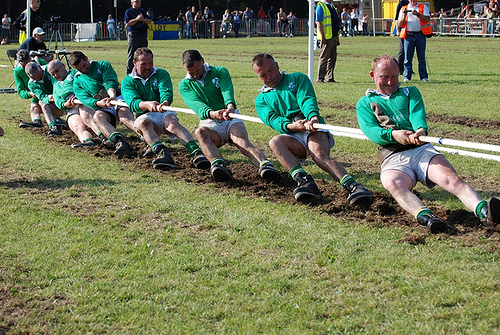 It seems obvious that when leg(s) are stretched a player can exert no direct force directly on the ground, as he cannot stretch his leg(s) any further: look at the first player in the picture, how can he exert force on the ground if not by pulling the rope? If he bends his knees, he can exert some force sometimes. On the other hand, if he kept his knees always bent he would be easily carried away. In conclusion, the force on the ground cannot be greater than the force on the rope and cannot be the determining factor to the victory, and moreover no work is ever done on the ground. As prievously stated, ground is only a point of support and he exerts his force mainly on the rope, bending shoulders backwards and forearms closer to the chest.

That as to the second fallacy: the force on the ground cannot be responsible for victory, the victory goes to the player that exerts a greater overall force (on rope/ground) for a longer time. If their strength is equal the one who gets tired first loses.

Not the answer you're looking for? Browse other questions tagged newtonian-mechanics forces everyday-life or ask your own question.

13
Does it matter how you order your tug-of-war participants?
1
In a game of tug of war, what concepts are involved in determining where the rope breaks?
0
Will a tug-of-war battle damage my climbing rope
10
Is ordering players by height beneficial in a game of tug of war?
0
Length of Rope in Tug Of War Matter?
1
Question regarding tug-of-war and tension
0
What will be the tension force when two people play tug of war and they pull equally hard?