Does charge distribute itself uniformly on a conductor?

An excerpt from a beginning E&M book

This challenges my intuition because this would mean a charged gourd at equilibrium would be in stress. (Presumably the skinny side would be pushed away from the base.) Is this another approximation for the sake of computational simplicity? 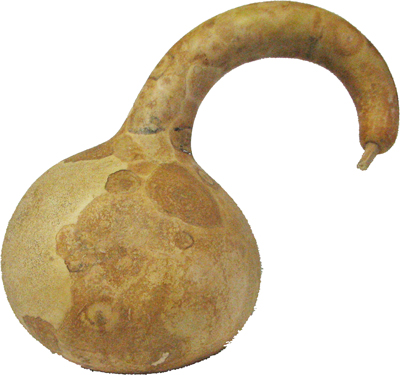 The charge is distributed uniformly on a spherical surface, but that is a function of the high degree of symmetry on the situation.

In general the charge tends to accumulate most strongly near pointy bits and most weakly in depressions in the surface.

There are several way to understand this. My favorite is not necessarily the most helpful for a beginner, but I think it is illuminating.

We begin by rigging a small Gaussian surface that encloses a bit of the surface and lies parallel to it a small ways outside, perpendicular to the surface to penetrate and closes inside. The flux is separately proportional to both the enclosed charge and to the area of the parallel surface outside the conductor.

In regions where the shape is convex this ratio is greater than 1, where concave it is less than 1. The tighter the radius of curvature the more pronounced the effect.

Not the answer you're looking for? Browse other questions tagged electrostatics charge boundary-conditions conductors or ask your own question.