What are the main algorithms the LHC particle detectors use to reconstruct decay pathways?

I am just starting to look into how we understand the data from particle collisions.

My question is, what are the algorithms or ways that these detectors interpret the data? Are there standard approaches? Or if not, what are some good papers or places to look to get started in learning more about the implementation and/or details of how this works?

So far I haven't dug into any textbooks, but many articles on the web and this was somewhat helpful in pointing to where to look:

So from my understanding so far, there are a few different LCH "experiments", which are physical structures that are optimized to focus on specific aspects of data from a collision event. The detector measures all kinds of particle emissions and changes in electrical fields, and then seems to try to backtrack and figure out all the emission/decay events that might have taken place in that split second.

From my understanding so far, basically the computer programs used to compute these possible "decay pathways" must be using some standard algorithms or something, and must have built into them all possible particle emission pathways (like all possible Feynman diagrams if there is such a thing).

Are there any good resources or standard algorithms/approaches to understanding how particle detectors analyze their data?

Well, if you have the time... CERN has all the technical design reports for its detectors online at http://cds.cern.ch/. They are excellent reading material.

Start with a search for "ATLAS technical design report" and "CMS technical design report" and work your way trough the references in those documents. Once you understand the geometry of the detectors (not a small feat), you can start reading about "trigger algorithms" and "reconstruction algorithms". You may have to pick up a thing or two about particle matter interactions and the GEANT simulation software.

Little warning... it took me almost two years to read trough just the parts that were important to my work...

The algorithms used are as many as the experimental setups times the detectors used in the setups. They are built to fit the detectors and not the other way around.

The common aspects are a few

1)charged particles interact with matter ionizing it and one builds detectors where the passage of an ionizing particle can be recorded. It can be a bubble chamber, a Time Projection Chamber, a vertex detector ( of which there exist various types).These are used in conjunction with strong magnetic fields and the bending of the tracks gives the momentum of the charged particle.

2)Neutral particles are either

a)photons, and the electromagnetic calorimeters measure them.

b) hadronic, i.e. interact with matter, and hadronic calorimeters are designed so as to measure the energy of these neutrals

In addition there are the muon detectors, charged tracks that go through meters of matter without interacting except electromagnetically and the outside detectors are designed to catch them. 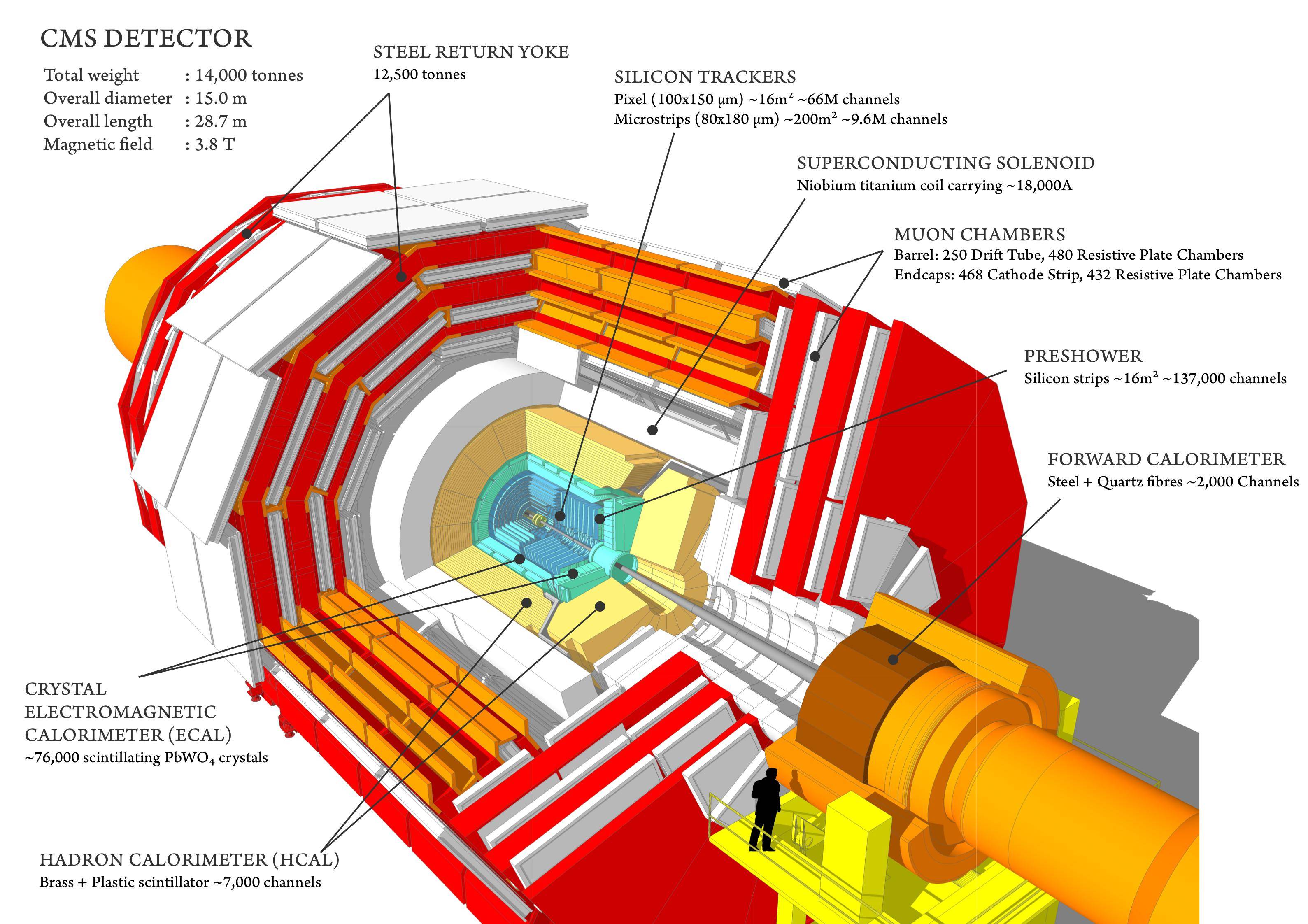 This is the CMS detector.

The complexity of the LHC detectors requires these enormous collaborations of 3000 people working on one goal : getting physics data out of the system. Algorithms are a necessary part of this chain and are made to order using the basic physics concepts that drive the detectors. An example of the complexity and the continuous upgrading and improvement of the algorithms entering the analysis are the ones for defining and measuring a jet.

As Curiousone says in order to understand the algorithms entering in the data reduction from these detectors a lot of elbow grease is needed. Certainly they are custom made.

There are different layers of reconstruction, at each step the amount of data is reduced with the goal of inferring the momenta, type and direction of the particles produced first in the collision:

Once one has calculated these 'per cell' deposits, they are grouped together (most deposits in the detector involve a group of adjacent cells):

Now we have clusters of energy and tracks for charged particles.

Now we have candidates of quasi stable particles (those not decaying inside the detector), i.e. we know the type (mostly electrons, photons, charged pions/kaons, neutral hadrons), their energy/momentum and direction.

Now that we have reduced the collision's even further, one can form combinations of the particles. What combination one looks for depends on how a particle is known to decay (or is expected to decay in case of not yet discovered particles). At this level one can computationally afford to just try all possible combinations of 'stable' particles to 'climb up the decay tree'. A few examples are:

At the next level one has to separate 'signal' (e.g. new particles searched for) from 'background' (known processes in proton proton collisions looking similar to the signal):

There are zillions of variants of the above algorithms and probably as many parameters to tune, optimized for particular cases etc. A big part of the effort of data analysis actually goes into getting the most out of the detector (after the detector goes into operations, one can't improve it anymore for several years).

Simulation and reconstruction codes are in the range of millions of lines of code.

An important limitation comes from the available CPU time, especially for track finding which is computationally one of the most expensive steps. The tradeoff between achieved resolution (with what precision can one measure the momentum / energy of a particle) becomes important at the second stage of the real-time rate reduction ('trigger' -- from 100'000 collisions per second to 1000 per second). A crude reconstruction of the collision must be performed within 100-200 ms to decide whether a collision should be kept for offline storage. If a collision is kept and written to disk, a more sophisticated reconstruction which can take a few seconds per collision follows within a few hours.

Not the answer you're looking for? Browse other questions tagged particle-physics experimental-physics large-hadron-collider or ask your own question.

15
How can we 'see'/measure/detect particles during experiments?
10
How are Monte Carlo simulations used in experimental high energy physics?
13
Use of Monte-Carlo simulation in High-energy Physics
0
Big Data Handling at the LHC
1
How are the standard model and the Higgs boson actually confirmed experimentally in practice?

1
Are there notable cases of anomalies in the mass-decay rate relationship?
8
Decay of SUSY particles
3
What are the implications for quantum gravity if the LHC sees no higgs?
3
With the LHC about to restart as max energy, are there absolutely no hints or tantalizing signs of Supersymmetry in previous data?
7
Why can't gravitons be created in traditional particle accelerators?
15
How can we 'see'/measure/detect particles during experiments?
1
Theory behind the experimental signatures of Higgs-Boson