Distance between Newton's Rings fringes is does not seem linear

On the outer edges of Newton Ring patterns, the fringes are really close together, and much more uneven. Also, the spacing does not seem to decrease linearly at all as you move from the center. Why is this (if there is maths involed, a diagram would be very helpful for me).

In order to aptly portray the reason for this phenomenon, I will begin by addressing why the rings form. In addition, I would like to note that I will be using a convex glass lens as an example for the sake of simplicity (and by your assertions, I am assuming that is what you are familiar with). However, most experimental research done with this phenomenon requires far more complex calculations, with changing radii of curvature [these calculations are sometimes conducted to test the flatness of a glass surface beyond what can be done with a sphereometer]. The illuminated rings become visible when the change in path between the two interfering waves is :

Thus, the path difference between any pair of adjacent rings is $\pm \lambda$ (depending on whether the adjacent ring is on the inside or outside relative to its partner).

The rings themselves are formed via thin film interference, by a minuscule layer of air between a curved glass surface and the flat glass surface where it resides. Due to the curvature of the glass surface, the thickness of the air layer does not increase linearly. The farther a point is from the center, the smaller the horizontal distance, which means an increase in vertical thickness of $\lambda$. Thus, the horizontal distance between two neighboring rings decreases as we observe radially outward from the center.

Here is a visual: 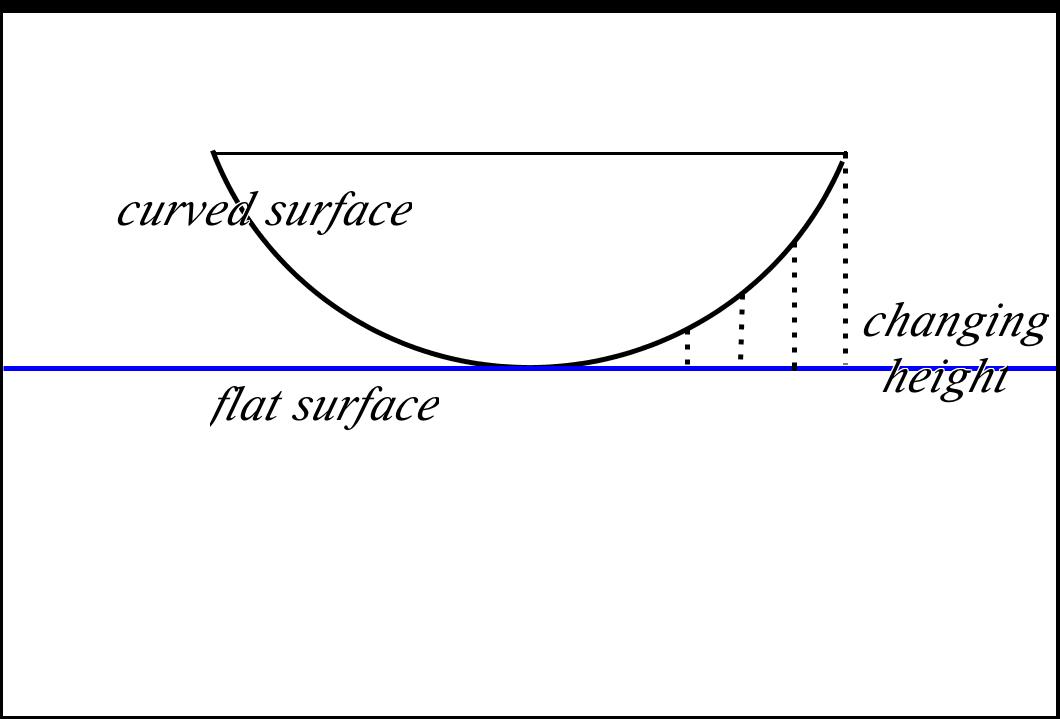 This part I believe you will find exceptionally useful, since your objective concerned small separation the higher order fringes . Mathematically speaking, if you want to address the change in distance between adjacent rings, it is possible to make an approximation. If we assume that the order number, $\mu>>1$ and that $\triangle\mu = 1$, we are allowed to safely assume that the distance between a pair of rings ($\triangle r)$ is equal to:

$\cfrac{(dr)(\triangle \mu)}{d\mu}$ (I am assuming here that you have taken introductory physics, which is typically taken with first semester calculus as a co-requisite, so this should make sense to you). Due to the fact that we have a standard formula for the radius of a ring of order $\mu$, [which I will not derive, but it is explained in a wikipedia link given to you above in the comments], we can make the following calculations:

Here, I have graphed this function. Notice that the fringe distance between a pair of rings has a horizontal asymptote approaching zero as the order number approaches infinity : 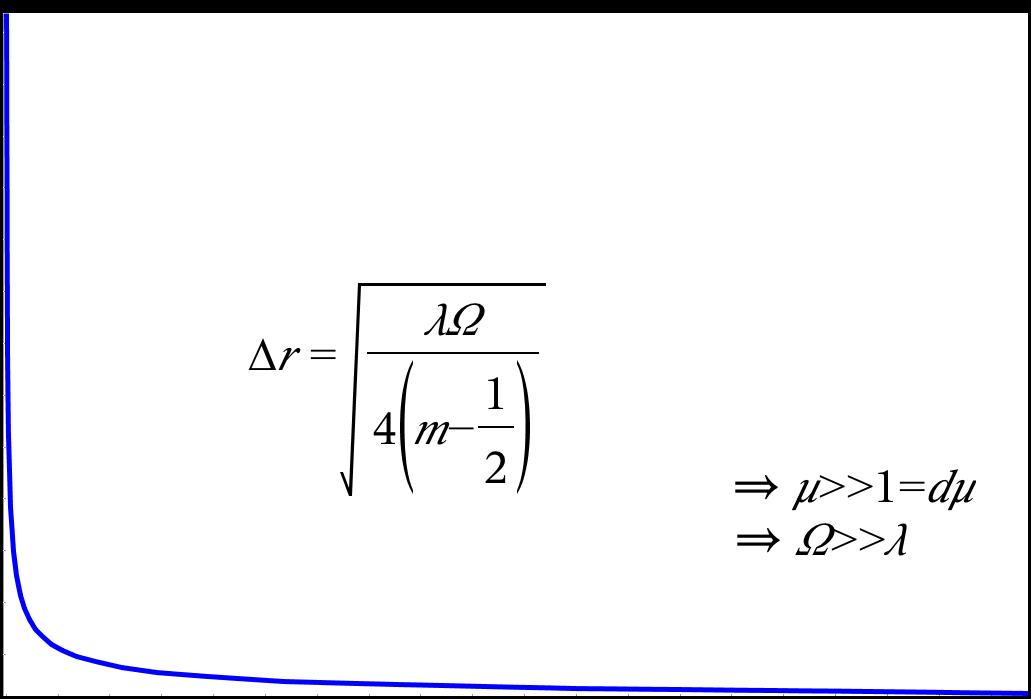 It worth mentioning here that you can do the same calculation for the dark rings, but you would use $\mu$, instead of $\mu - \cfrac12$. Let me know if you have any questions.

Not the answer you're looking for? Browse other questions tagged waves interference geometric-optics or ask your own question.