What explains this "channeling" behavior of ferromagnetic materials? In other words, is this explainable using the normal methods for magnetic field calculations such as Biot-Savart and treating the ferromagnet as consisting of infinitesimal dipoles or does the dynamic process of domain alignment need to be considered in calculating the final magnetic field? 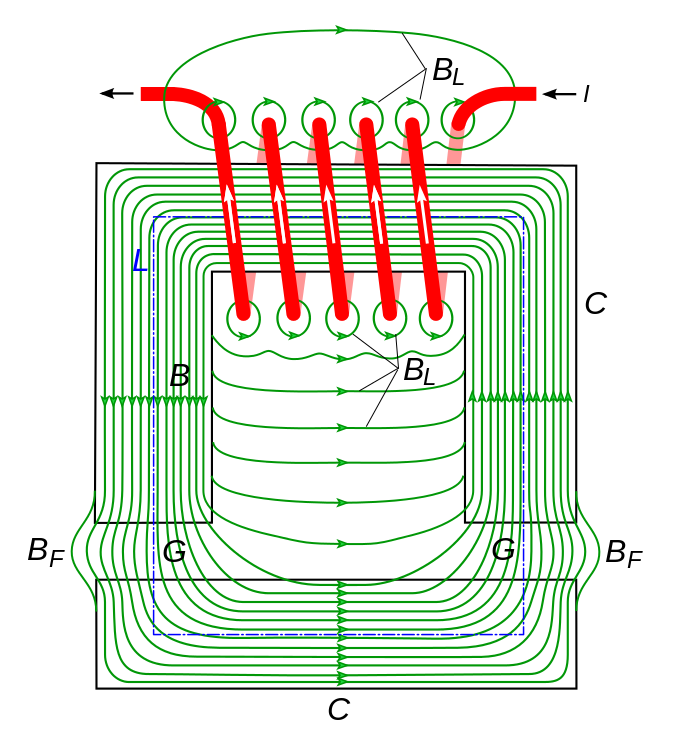 Edit: In order to explain myself better, I have included two simulations from FEMM. One is a selenoid wrapped around an iron core which has geometry chosen to emphasis the channeling behavior I mention above. The second is identical to the first, with iron replaced with air. From the equation $\vec{B} = \mu_0\vec{H}+\mu_0\vec{M}$ I would expect the two simulations to have magnetic fields that have identical directions $(\vec{B_{iron}}/|\vec{B_{iron}}| = \vec{B_{air}}/|\vec{B_{air}}|)$ but these simulations show they do not. Why is this? 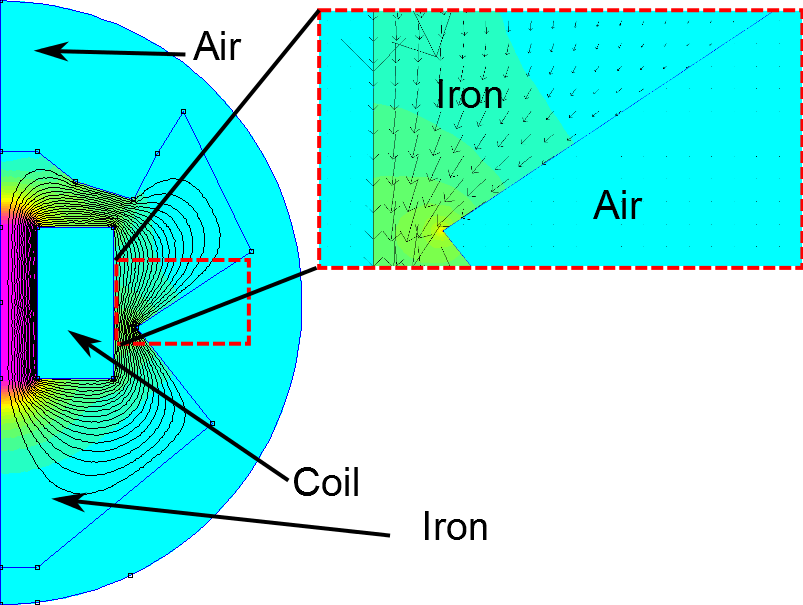 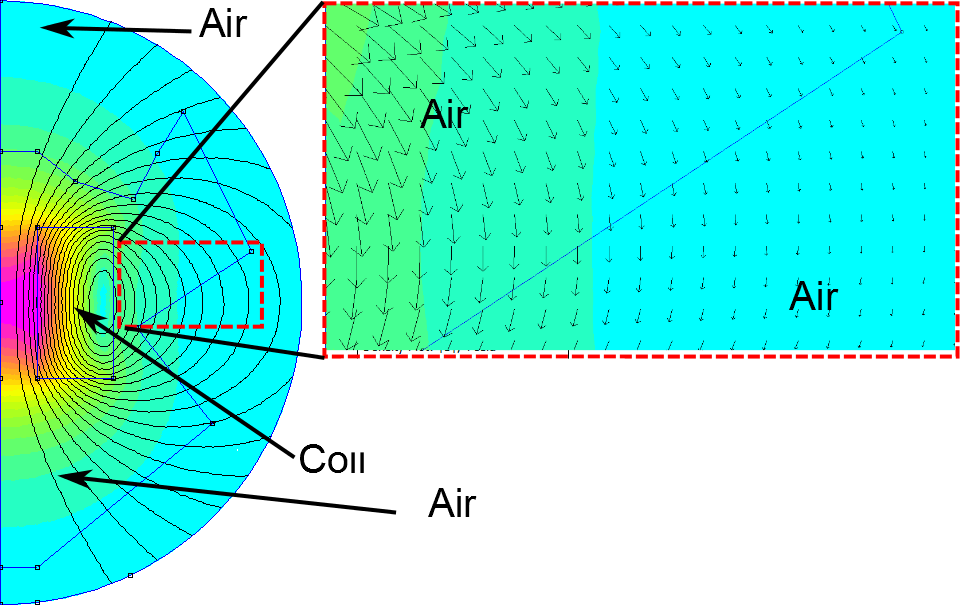 Note the simulations are axisymmetric which means that they are treated as if the entire configuration is rotated around the left axis to form a three-dimensional problem.

It comes down to what user3814483 said in his comment: it's just a linear superposition of fields due to the coil and the "magnetized" (i.e. aligned) ferromagnetic dipoles. However, the aligned dipoles exert fields on each other in addition to the pre-existing coil field. These 'mutual fields' are so strong in comparison that they cause alignment different than what the coil field would dictate by itself. However, I do not have a method to calculate what exactly the resulting vector field should be in this sort of situation.

To go back to first principles a bit, the only thing that actually 'exists' when it comes to magnetism is a magnetic (vector) field, which is quantified by the 'magnetic flux density' $B$ at each point. (Despite 'magnetic flux' $\Phi$ sounding like a more fundamental quantity, it is merely a mathematical construct to represent the surface integral of $B$.)

Cnly moving point charges have been observed to generate a magnetic field, and the 'source strength' of one (or many) of the these moving charges is defined as the magnetic dipole moment $m$, which relates torque to magnetic flux density: $\tau = m \times B$. The magnetic dipole moment magnitude can be conveniently calculated as the product of planar current enclosing an area: $|m| = IA_{enc}$. See https://en.wikipedia.org/wiki/Magnetic_moment for more info.

As you may be aware, atoms have electrons which 'encircle' them, and therefore create their own magnetic dipoles no different qualitatively than the one generated by a current-carrying loop. In ferromagnetic materials, these magnet dipoles can more easily get aligned in the same direction, thus multiplying the pre-existing field. This is no different than having two electromagnet coils on well-lubricated gimbals: if you were to flow current through each coil, magnetic Lorentz forces would cause alignment and result in an overall amplified field.

Therefore, the 'field distortion' in your core-wound example is due to the strength of the ferromagnetic dipoles overpowering/burying the field generated by the coil. And although the term 'channel' or 'concentrate' is often used to explain the high-level phenomena of a ferromagnetic material in an ambient field, that is not actually what is going on. The original field still exists, it's just that the alignable dipoles of the ferromagnetic material have settled to overpower the original field and make it look that way. Again, I don't have a way to describe why the resultant field comes out the way it does -- that's more in the domain of FEA.

What explains this "channeling" behavior of ferromagnetic materials? In other words, is this explainable using the normal methods for magnetic field calculations such as Biot-Savart and treating the ferromagnet as consisting of infinitesimal dipoles

Ferromagnetism is a quantum phenomenon, but yes, it can be treated classically as a volume of dipoles that align together to "channel" fields as you say. In fact, $M$ is defined as the magnetic dipole moment per unit volume.

or does the dynamic process of domain alignment need to be considered in calculating the final magnetic field?

Not in calculating the final magnetic field, but you'd need a dynamic model to account for any energy loss that occurs during domain alignment.

Ferro-magnetism can lead to a lot of confusion. The discussion I like is in the Feynman lectures vol II chap 36. From a physics point of view it's nice to imagine a ferro-magnet as just having a really big mu. That's what does the concentrating. Then from a practical standpoint, the magnetic material also has saturation and hysteresis. (Non-linear effects you should know about if you are designing something.)