What does centre of lift depend on?

I've read in many places that centre of lift is about quarter chord of the wing and that post-stall lift (the part developed on lower surface) has centre midchord. The later makes sense; the pressure is distributed more or less uniformly (or at least symmetrically) on the lower surface. But what determines the centre of pressure on the upper surface?

But I've never seen explanation why the pressure should be lowest in the forward part (though it's the trailing edge that actually drives the circulation). Or can it only be explained by numeric calculation of the pressure and velocity field?

Also is it possible to describe (at least approximately) how this depends on the shape of the airfoil (like just flat plate or supercritical airfoil with the thickest point further aft) or is it again only possible by numeric calculation?

certainly does not hold for all airfoils, and most certainly not for modern high-performance airfoils. An example of an airfoil shape and pressure distribution for a so-called laminar airfoil is this: 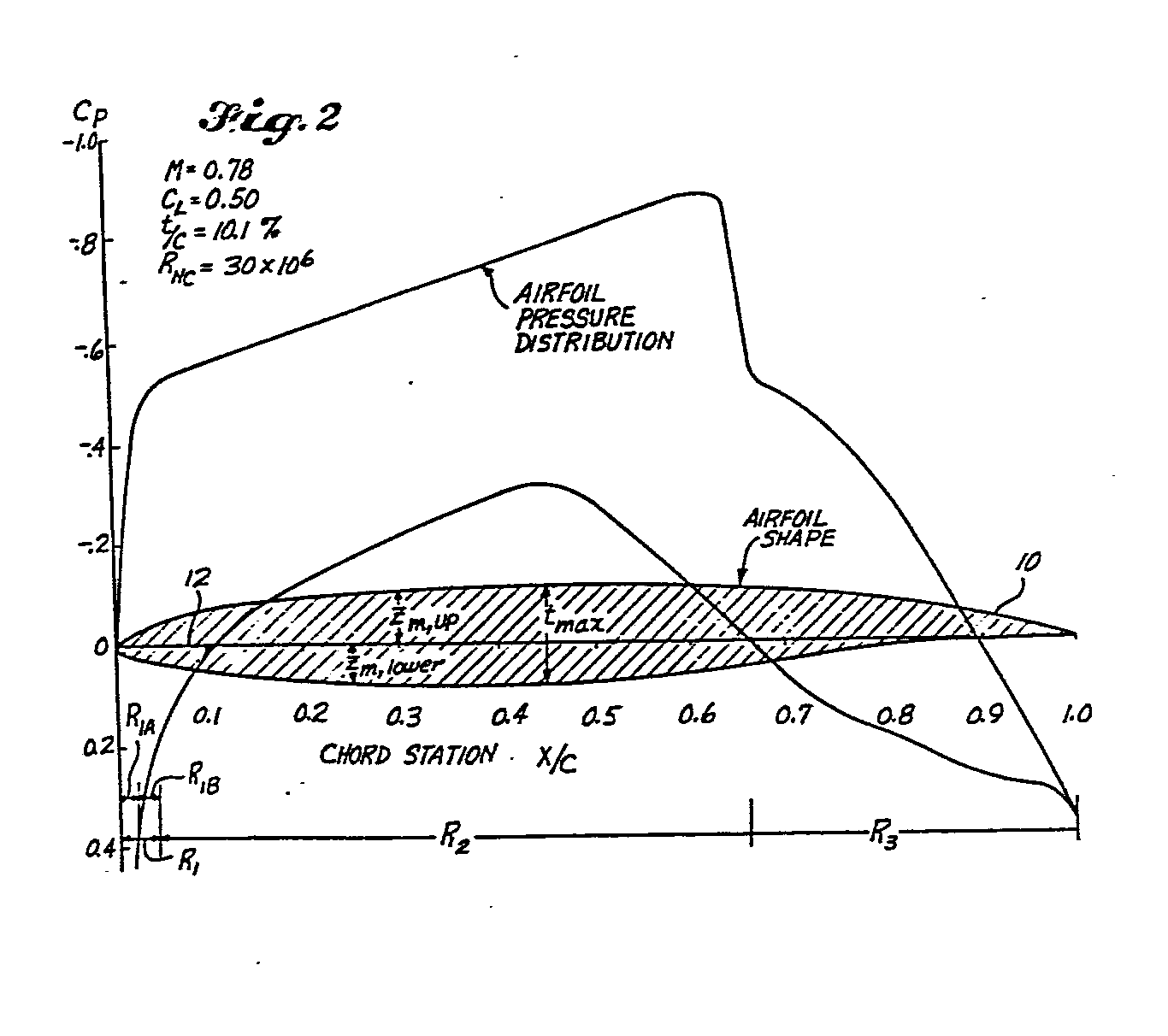 You can see that in this case we have a completely different pressure distribution, with a center of pressure that is roughly at mid-chord, not at $c/4$.

Finally, we find that, to a good approximation at least for practical airfoils, we can use thin-airfoil theory which tells us that the location of the center of pressure is mostly determined by the shape of the airfoil's camber line (roughly the line in the middle between the upper and lower surface), and only mildly affected by its thickness distribution. See the Wikipedia article on airfoils for some more details.

I think it's a good question.

Without delving into numerical calculation, I assume the lowest pressure above the wing is in the area where the curvature of flow is greatest.

As far as the upwash, I'm not sure, but the leading air may be pulled upward by the reduced pressure above.

ADDED: This is essentially what @Floris meant in his comment, referring to acceleration.

1
In aircraft design why are light materials preferred to heavy ones?
4
Integrating pressure over a surface

4
How much lift does an airplane get from its wings, vs the rest of the airframe?
7
Why airplanes fly: the final truth
3
Why ballasted gliders fly faster?
20
Does a wing in a potential flow have lift?
22
Why is paper (or any tailless) airplane pitch stable?
3
Lift and drag coefficients on other planets
1
Intuitive explanation for lower pressure above airfoil
1
How the wing creates lift? Why critical angle of attack is 16.5" for a supersonic jet and a kite?
5
What causes the air speed difference above and below the wing of a plane?