How could we travel to the nearest supermassive Black hole?

I have just watched a trailer for the upcoming movie Interstellar and started to wonder about some physics involved. In the end of the trailer, they are obviously plunging into a Black hole hoping to travel into a different universe. Let us for a moment forget about the fact that most Black holes just probably are not worm-holes.

But a large problem is, how do they get there since the closest Black holes such as Sagittarius A* are several thousand light-years away? The Black hole at Sgr A* is surely massive enough for tidal forces not to pose a larger problem for the starship.

My first guess of transport would be a warp drive, since in the trailer there is a ring around the starship resembling the one usually included in warp drive designs (see the NASA concept below). But for a warp drive we need exotic matter and how much exotic matter would we need to get through 26 000 light-years in few tens of Earth years (using also hibernation of the pilots)? Is there possibly enough exotic matter in the Solar system for such a transport? Or is there something I am missing such as a very large Black hole nearby (i.e. large enough for tidal forces not to rip the spaceship apart)?

EDIT: Luboš Motl pointed rightly out that Sgr A* isn't the closest black hole, this doesn't change the argument that the closest known black holes are still too far away. I also edited some of the wording - even primordial black holes would not be good wormholes, only exotic matter allows them to be traversable. (Thanks again to Luboš for the point.)

Everybody seems to be very perplexed by the concept of exotic matter. Yes, it is a highly speculative idea which might not have any physical significance, thus eliminating the possibility of both wormholes and warp drive. But, it is not completely ruled out. We could e.g. speculate that the negative energy density is actually an underdensity of dark energy. Etc. etc. Either way, both traversable wormholes and warp drives are serious lines of (speculative) research not so different in empirical substantiality from e.g. all quantum gravity theories including the very much stressed string theory, so let us consider them at least for a while. 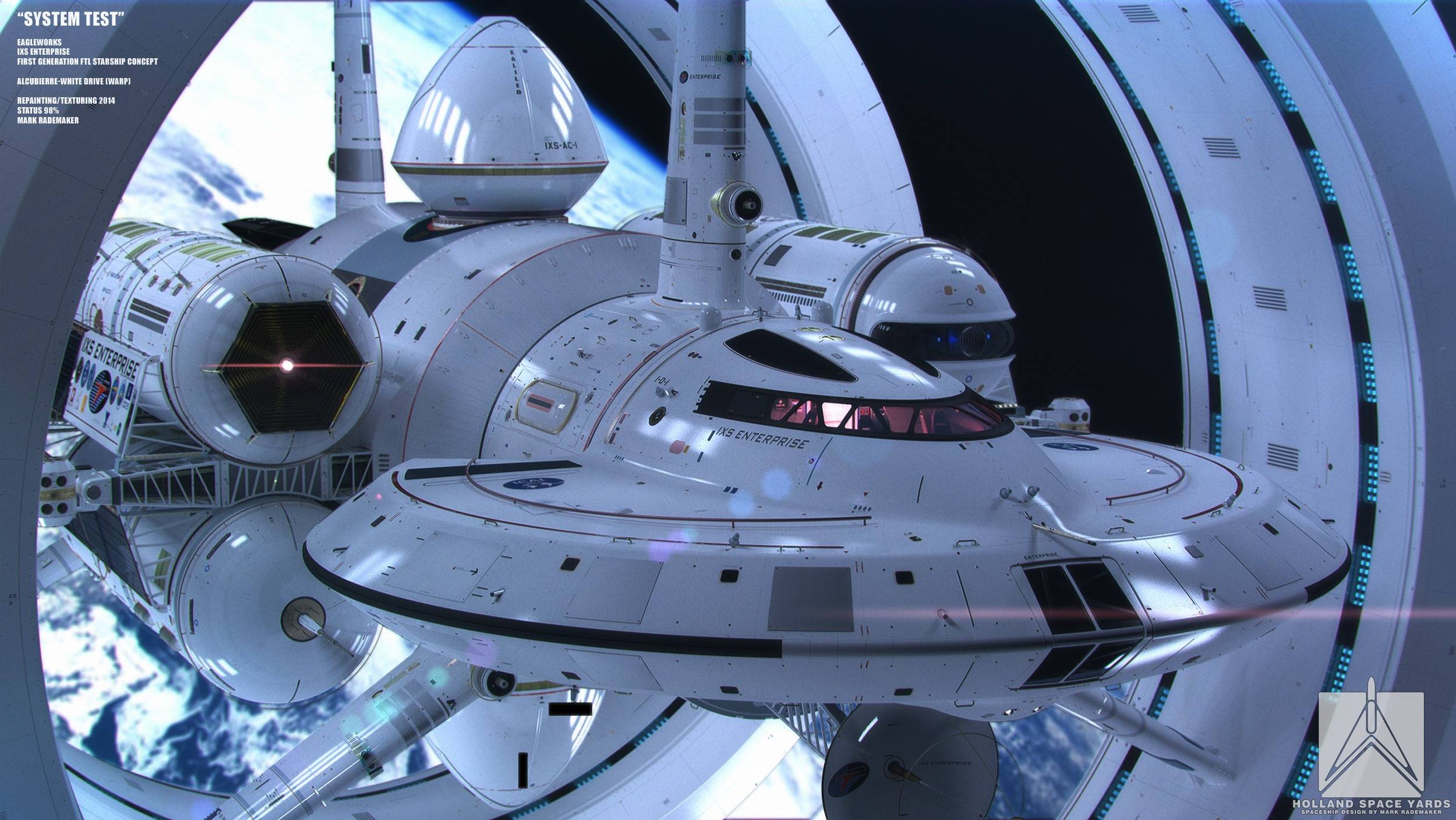 Warp drives are not allowed by the basic laws of physics, in particular the theory of relativity prohibits any superluminal motion or superluminal propagation of usable information. So whatever "exotic matter" or other wordings are proposed to justify the superluminal warp drives is banned, too. The typical "exotic matter" needed for warp drives would need to admit a negative energy-mass density. If Nature allowed the energy density to go negative, the vacuum itself would be unstable.

The laws of physics also ban the transfer of an object from a universe to a different universe through a black hole, whether it is primordial or not. Wormholes allowed by the laws of physics, if there are any, have to be non-traversable. It means that by jumping into such a black hole, he is guaranteed to end up in the singularity. At most, the singularity where he ends may be shared between a pair (or perhaps a higher number) of black holes. Such a pair of black holes is known as the non-traversable wormhole or the Einstein-Rosen bridge (at least the simplest one). But whoever falls into a black hole can never escape to the "liberated space" outside it, in any Universe, by the very definition of a black hole. Incidentally, the technical reason why a traversable wormhole can't be built is the very same why the warp drives are impossible: negative energy density would be needed for them, too.

Sagittarius A* is in no way the nearest black hole to the Earth. For example, V404 Cygni has a black hole in it that

is 7,800 light years away, and there are probably many closer ones, too.

It wasn't my plan to correct statements in the question but I have to. While an idealized empty large black hole is indeed mildly curved and one may survive the fall behind the horizon, that's not true for realistic black holes, especially Sagittarius A*. The latter is surrounded by plasma, matter that the black hole devours. A good description of the plasma around Sgr A* is the two-temperature plasma. The temperature of the electron component of the plasma is about 100 billion kelvins. No material that could be used to build a spaceship could survive these conditions. We would need a much more isolated black hole to avoid this thermal hell but it isn't clear whether such astrophysical black holes exist.

Not the answer you're looking for? Browse other questions tagged general-relativity black-holes popular-science warp-drives or ask your own question.

33
How does “warp drive” not violate Special Relativity causality constraints?
5
Is interstellar flight possible in near future in a way that would keep our civilization alive?
4
Can an underdensity in space act as a negative matter density powering a warp drive?

6
Supermassive black holes with the density of the Universe
3
Faster-than-light communication using Alcubierre warp drive metric around a single qubit?
12
How would you describe a black hole to a complete layman?
92
How can a black hole produce sound?
3
Wormhole traversability in general relativity
2
Travelling through a worm hole
28
Could the black hole in the center of the galaxy be a white hole?
2
Traversable wormholes: a simple system
1
Spaghettification inside a black hole?