Why does the glass on my car's headlights have such a strange shape/texture? Are there physics-based explanations or insights for these features?

Wouldn't it be better if it was just transparent and even? 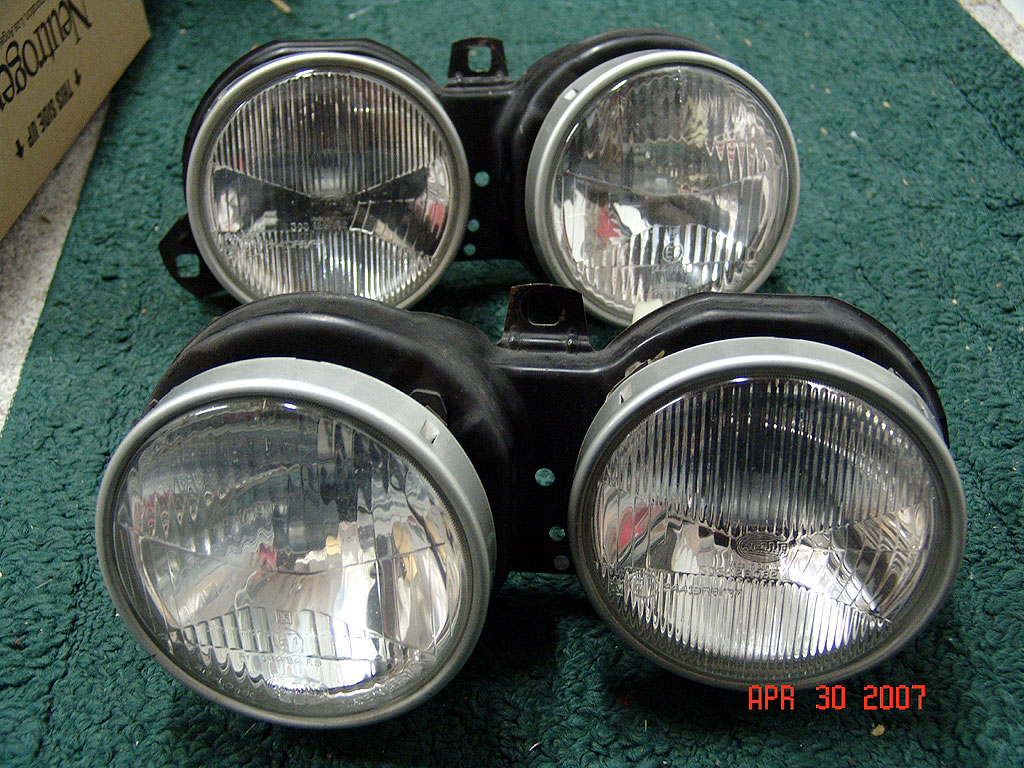 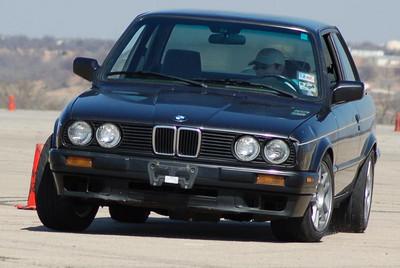 The type of headlight lenses shown in the images, with the rows of fringes, are Fresnel lenses. This is essentially a lens with a series of fringes that act as prisms, each at a slightly different angle but with the same focal length. That has the effect of reflecting the non-directional light from the bulb in a particular direction.

I'd think the purpose of using a Fresnel lens is both to concentrate/shape the beam in the direction the car is traveling more than a conventional lens of the same size could, and to direct the high and low beams.

If you tour an old lighthouse, the lenses used are also large Fresnel lenses. Especially before electric lamps were developed, these were needed to concentrate the light from, say, an oil lamp so that ships could see it at a distance. A conventional lens would have been too large and heavy.

There are two parts to those lights:

A focused beam makes a lousy headlight. You only see a small patch way in front. The extra ridges in the pictured lenses are vertical, which means they will spread the beam horizontally, thus producing the curb-to curb beam we want without also blinding oncoming drivers.

Modern headlights moved most of the optical mechanics to the reflector. This way the designers can integrate the lens with the body. The math is a LOT more complex, but so is the design software. When those headlights were designed they used a pencil, a slide rule, and a lot of intuition.

This is not a full explanation, its only an addition to the previous answers. most vehicles use this light pattern:

As you said, a clear front shield without patterns would be better, but they require inner reflector patterns or a projector (light bulb is inside the round magnifying glass or lens). See image below: 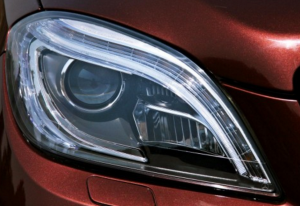 The low beam has a projector and high beam uses inner reflector pattern.

Not the answer you're looking for? Browse other questions tagged optics everyday-life or ask your own question.

79
What causes ballpoint pens to write intermittently?
18
Does ABS shorten stopping distance of a car?
3
How do car headlights work?
41
Does car tire pressure change with weight of car load?
3
Why is responsivity quoted as a figure of merit?
5
Using a laser to overhear a room conversation
149
Why does a mirror split my laser beam?
0
Feynman's superposition explanation of reflection/refraction, and 'tricking' quantum physics
13
How and why would a glass table break in this manner?
1
Can electrons transition within energy bands, or must they transition from one band to another?