what is this force that is able to surpass an entire planet's force on it?

I have a wet teabag in an empty cup. If I will hold the teabag and touch the wall of cup with it, it will stick to the cup, like there would be glue or some magnetic field, but there's just water. 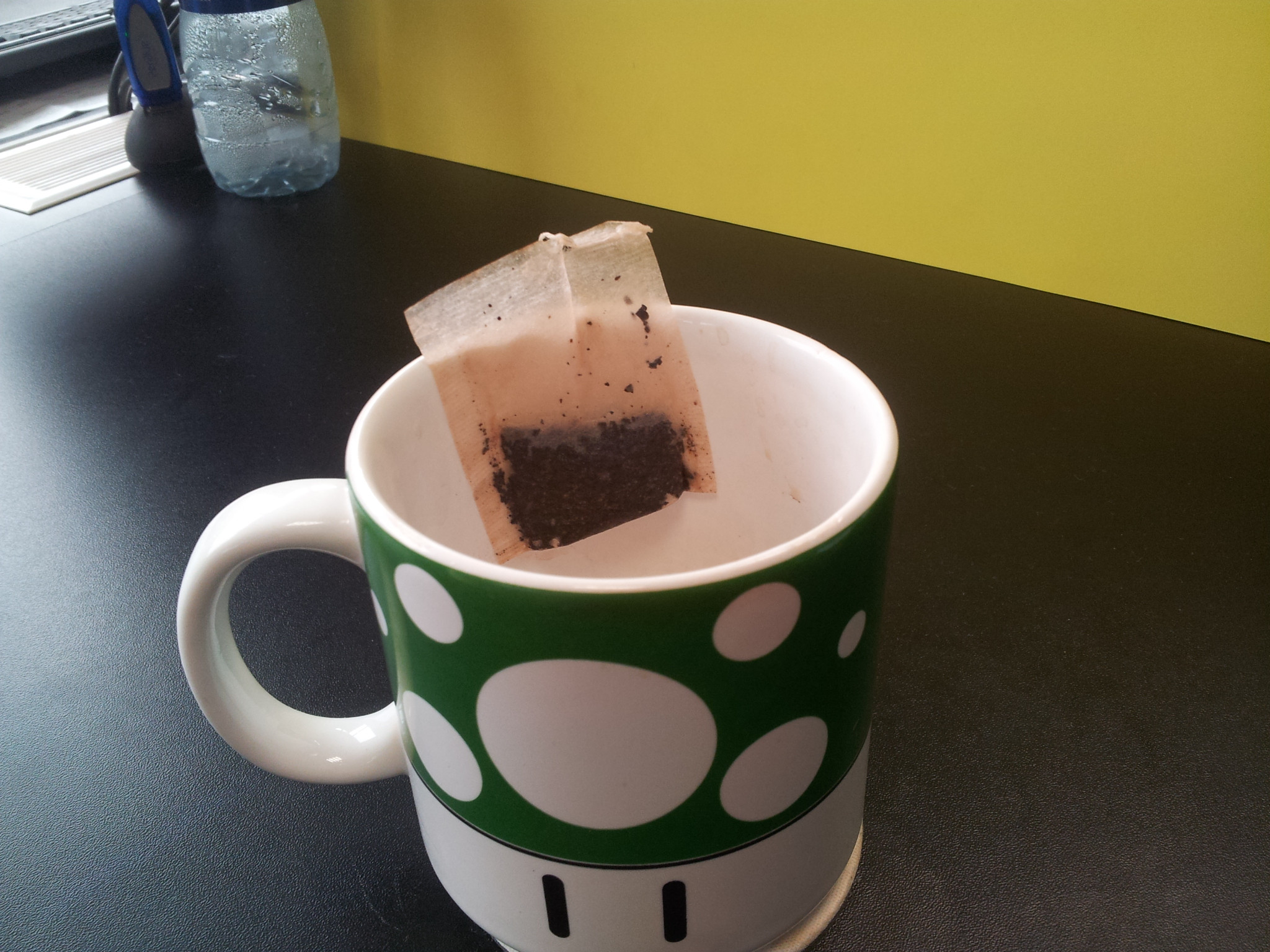 So, why does it happens? Why can just a little bit of water hold the teabag stronger than the gravity of an entire planet so it will not fall to the bottom of the cup, or even slide down a little bit?

Why is it so strong?

Based on your comment, I think you are indeed asking a more profund question than your teabag suggests:

Why is it that gravity is so weak compared to the other forces?

The answer is: We don't know. Seriously, that is one of the holy grails: To first find the Grand Unified Theory of nature in which all forces except gravity are explained as coming from one single symmetry group which is broken at our normal energies, and to then find the Theory of Everything that understands all four fundamental forces with a single, unified concept. In such a theory, it is hoped, the differences between the forces emerge naturally, instead of just being put in by measuring the relative strengths experimentally.

But we don't know yet. we don't know which of the manifold concepts that are at the forefront of theoretical thinking right now might turn out to be indeed the ones realized in nature. But the question why gravity is so weak is really still unsolved.

String theorists let gravity act in other dimensions, thereby weakening it in our four comparative to the others.

Others employ a form of the anthropic principle to argue that only in a universe where gravity is as weak as here life could have evolved and asked that question, so there is no deeper reason except that, for us to be here, it has to be like that.

I apologize to all those whose theory I cannot name and briefly, unjustifiedly compress into a few words off the top of my head.

That's it. We really don't know.

The force you describe is a capillary force. The following diagram illustrates where this force comes from:

The diagram is supposed to show the thin film of water between the tea back and the wall of the mug. Any air/water interface has a surface tension that makes it behave like an elastic membrane. The air water surface is trying to shrink, and that means it is pulling the two surfaces together. This is obviously only a schematic diagram and the contact between the mug and teabag is obviously far more complicated than the diagram shows. However the same principle applies.

Besides the adhesive force of water it might be good old friction, caused by the air pressure. As you mention the bag is wet. A vacuum could be created between the wall of the cup and the bag, causing the air to push the bag tight to the wall. This in turn causes a friction force between the wall and the bag.

Not the answer you're looking for? Browse other questions tagged gravity everyday-life water or ask your own question.

10
Why do ice cubes come out easier from top trays?
16
Why does water flow out of an upside-down bottle? (Rayleigh Taylor Instability)
3
Why doesn't the water spill out?
2
Why does water remain as a "hemispherical bubble" when it falls on a page?
1
Can a hose filled with water go up if there is not a lot of pressure?
0
How much salt to dissolve in water for a noticeable change in volume?
7
Why do tea bags sometimes float and sometimes sink?
2
Why can water wicks act like siphons?
9
Why do spiders' webs stay wet longer than the environment?