Why does a string remain taut in circular motion

Lets say an object is tied to a string and it is being swung in a circle: 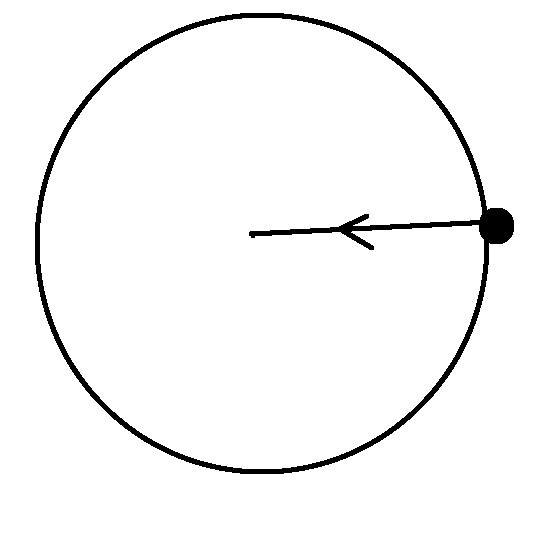 In this case, the tension of the string acts as a centrifugal force that keeps the object moving in a circle. However, if centrifugal force is the only force acting on the object, why doesn't it collapse into the center? I am pretty sure this has to do with the object's inertia (or the centrifugal pseudo-force), where it moves slightly forward in a tangent before falling, restoring the orbit.

Though this question is old and has an accepted answer, I really don't feel the apparent confusion of terms and concepts in the question has been covered. Therefor let me add a try to clear this out.

In this case, the tension of the string acts as a centrifugal force that keeps the object moving in a circle.

Not centrifugal but centripetal.

if centrifugal force is the only force acting on the object, why doesn't it collapse into the center? I am pretty sure this has to do with the object's inertia

When you ask the question, you are making the mistake of connecting speed $\vec v$ directly with force $\vec F$. But remember that it should rather be $\vec a$ that is connected to $\vec F$. That means, force and velocity are not going in the same direction necessarily, only force and the change of velocity. And in this case, you change the radial velocity component, but keep the tangential velocity component constant - there is only acceleration (change of velocity) in the radial direction, but the net velocity is point in another way.

Also, what keeps the string taut during the swinging?

The explanation that the string is always taught is simple: The object doesn't move towards the center. When the centripetal force (the tension in the string) tries to pull the object closer, the object actually doesn't get closer. It only changes direction.

There has to be some force countering the centripetal force that keeps the string tight.

No, why should there? I think you mix up the Newton's 1st and 2nd laws. The idea that counteracting forces must be present is when we have a situation of no acceleration; Newton's 1st law $$\sum \vec F=0$$ Then to reach a sum of $0$, all forces must be balanced by other forces. But since there is acceleration, namely radial acceleration in the direction of the centripetal force, then we must use Newton's 2nd law:

Here there is no requirement of a counteracting force to balance any other force. We just need force to cause this acceleration. And the centripetal force is doing exactly that: causing the radial acceleration.

but can a pseudo-force balance a real force?

No. Centrifugal force (not to confuse with centripetal force) is, as you point at, not a force. Just a "feeling" that you are being pushed out of the circle. Like when you are pushed to the side of car while turning. But this feeling is not a force, it is simply the acceleration that you feel. During a turn in a car, your body wants to just continue with the present speed and direction. The car then forces your body to follow along, and you are therefore pushed inwards by the car, which gives you the feeling of being squeezed into the side of the car.

Also, if centripetal were to be balanced by the pseudo-force, wouldn't the object not move at all (since the net force would be 0)?

Remember that it is not no motion but rather no acceleration (no change of speed) that is implied when the net force is zero. The speed should not be considered at all when looking at forces, and that is a key point to realize. Newton's 2nd law that combines forces with motion, is only connecting force with acceleration not with speed.

Why does a string remain taut in circular motion?

By stipulation, the object is undergoing uniform circular motion thus, the distance from the center of the circle to the object is constant.

This implies that the object experiences a constant radial acceleration towards the center that is orthogonal to the velocity of the object.

But this implies that the string is taut because, if it were not, there would be no force accelerating the object.

And, if there were no force accelerating the object, the object would move uniformly in a straight line which contradicts the stipulation that the object is undergoing uniform circular motion.

So, in a sense, the answer to what keeps the string taut is logic.

To answer the question's phrasing more directly, the string is applying a force to the object, which pulls the object into the circular path instead of travelling in a straight line. Accordingly, by newton's third law, the object applies an outward force on the string, this, essentially, is what's pulling the string 'taut'.

Are you aware that centripetal force is the net force on an object towards the center, and not a "real physical" force? It's simply an expression of other, more physical forces, such as tension, gravity, or friction. Therefore it can't be balanced. Also, you must understand the difference between velocity and acceleration here. If the object on the string does not have adequate velocity, it will collapse towards the center (imagine somebody swinging a jump rope or something that is moving slowly and falls down).

Not the answer you're looking for? Browse other questions tagged centrifugal-force centripetal-force or ask your own question.