According to present day physics nothing existed before the "big bang", even space and time. But often in documentaries, the "big bang" is shown as a ball of light that exploded at some point. If this were so, then photons should have been the first particles that flowed in the new universe. If we placed an imaginary observer at some visible distance from the "big bang" would they have been able to observe it?

You cannot place anything "outside" to observe the big bang because there was no space that thing could have existed in (as you rightly said in your first sentence). So any observer is necessarily right in the middle of the bang happening. The popular science illustrations showing a ball of light expanding are essentially wrong. There is nothing the ball expands into.

However, the early universe was very hot, and filled with radiation, but also very full of particles of all kinds due to the high energy density creating particles from the vacuum. It was opaque until matter was dilute enough to allow the passing of light, indicated below @380000yrs as the origin of the CMB. An observer right after the big bang wouldn't have seen anything (but that admittedly makes for poor images to show in TV ;) )(Image courtesy of Wikipedia) 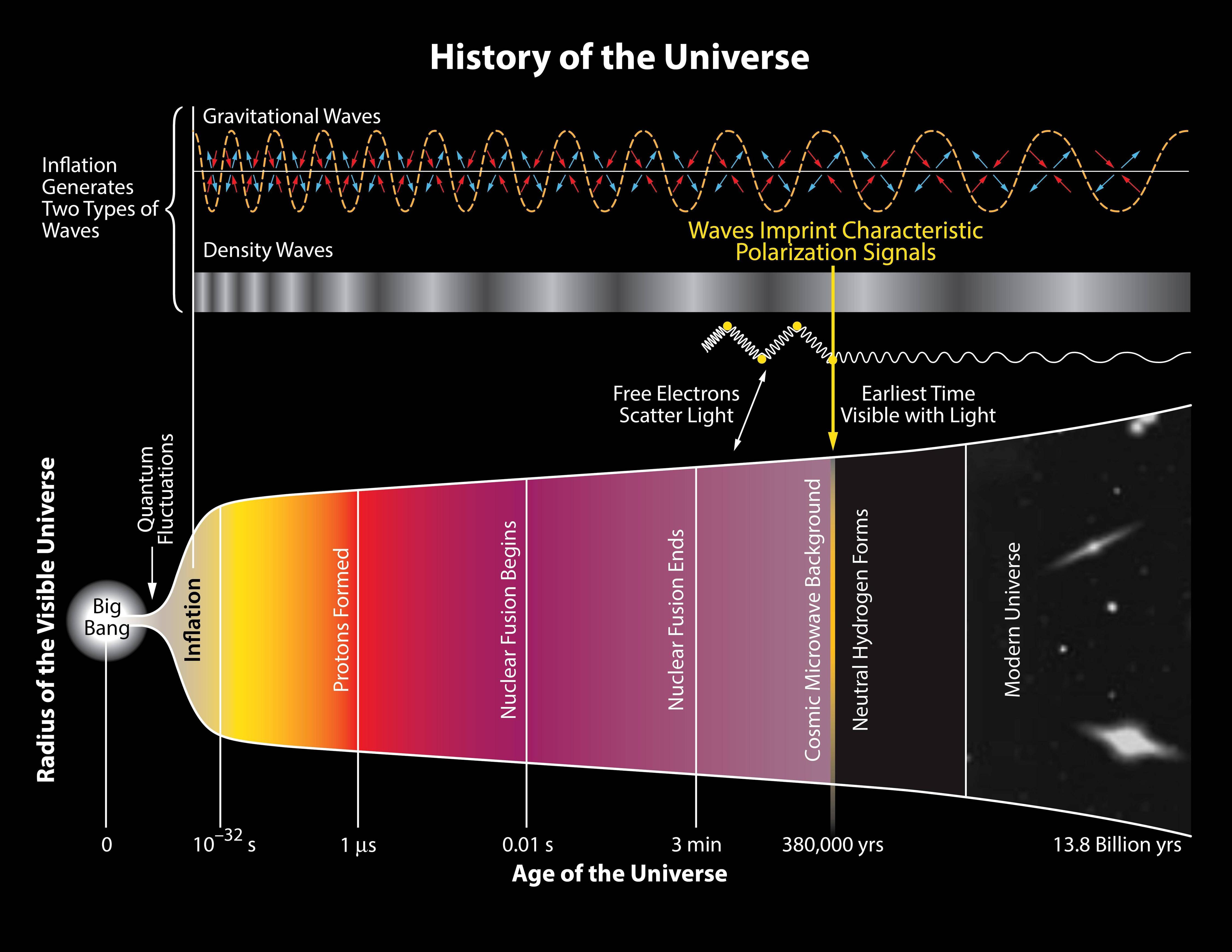 The Big Bang didn't occur at a special isolated place in the Universe. It occurred in the whole Universe and every place of it. Every point was an equal player in the Big Bang.

Lots of light at various frequencies was produced during the epochs of or after the Big Bang. But it's wrong to imagine that they were coming from a particular distant place. Instead, it's right to imagine that every point of the Universe, even the point where our galaxy was later born, including the point where your imaginary man is located, much like the real men on the Earth, was somewhere in the middle of the "oven" of the Big Bang.

Because our place is in the "middle" of the Big Bang explosion as well, we see the light coming to our eyes from all the directions around us, just like if you're in the middle of the oven.

I would like to think about the universe as a balloon's surface. Imagine yourself as a 2D person living on this balloon, can never get out of it.

If the balloon expand, you will just see everything is going far away from you, and vice versa.

So if you think of Big Bang as a sudden great expansion of the balloon, you - the 2D person on the balloon - will see no explosion but things around are like leaving you very fast.

That's how I think about Big Bang and universe's expasion.

Not the answer you're looking for? Browse other questions tagged universe space-expansion big-bang or ask your own question.

29
If the universe is expanding, what is it expanding into?
2
Why do we theorize that the Big Bang created space?