I am having a problem drawing optical ray lines for optical systems. Namely, one which have a formation of image of the first lens beyond the second lens.

Take the picture below as an example: 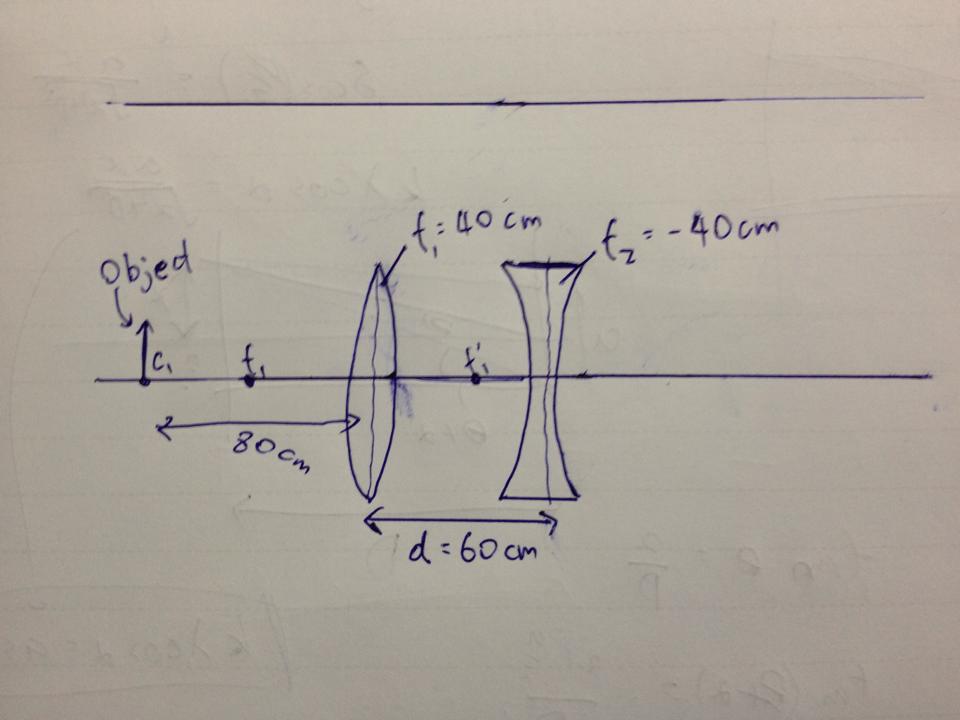 In this picture, the image from the first (convex) lens focuses at 80 cm, which is beyond the position of the second (concave) lens. I don't think I have any problem calculating the image distance, etc., but I don't know how to draw the ray lines, similar to the picture below:

Note:I am sure enough I don't need to say you where the dotted and solid lines should be.

Not the answer you're looking for? Browse other questions tagged homework-and-exercises optics lenses or ask your own question.

0
Can I use one convex lens to create a telescope?
0
finding focal point of concave lens using concave and convex lenses
1
Does the position of the final image in a multiple lens system found by the thin lens formula always agree with the ray diagrams?
0
Does the order of analysis matter when considering multiple lenses and mirrors?
4
Why do we see a blurred image when the screen is not placed at the position where the image is formed by a convex lens?
0
Question about the colour of an image formed by a concave lens
0
What is the proof that we can use virtual object to know the place of formation of image in case of convex/concave lens?