Why is salt so hard to remove from water?

Water molecules and various salt molecules are very different. However, it seems very difficult to separate the two. Once a salt is dissolved in water, an energy or chemical intensive method (like boiling) is required to separate the salt back out again. Why is this?

From The Feynman Lectures on Physics, Vol. I [1]:

If we put a crystal of salt in the water, what will happen? Salt is a solid, a crystal, an organized arrangement of “salt atoms.” [...] Strictly speaking, the crystal is not made of atoms, but of what we call ions. An ion is an atom which either has a few extra electrons or has lost a few electrons. In a salt crystal we find chlorine ions (chlorine atoms with an extra electron) and sodium ions (sodium atoms with one electron missing). The ions all stick together by electrical attraction in the solid salt, but when we put them in the water we find, because of the attractions of the negative oxygen and positive hydrogen for the ions, that some of the ions jiggle loose. 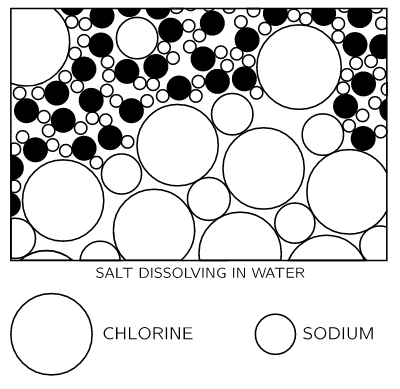 In Fig. 1–6 we see a chlorine ion getting loose, and other atoms floating in the water in the form of ions. This picture was made with some care. Notice, for example, that the hydrogen ends of the water molecules are more likely to be near the chlorine ion, while near the sodium ion we are more likely to find the oxygen end, because the sodium is positive and the oxygen end of the water is negative, and they attract electrically.

Feynman has done well in explaining you the process in atomic point of view. Now comes your complexity of separating salt from water in a salt solution. During the process of boiling, the intermolecular forces will be broken between water molecules, and also between ions and water molecules.

In short, they are hard to separate, because even though the molecules are very different, they have properties that attract them to each other.

Meanwhile, salt is composed of sodium, a positive ion, and chlorine, a negative ion. The charges on the water molecule attract the oppositely charged ions and pull them off of the salt crystal, effectively breaking the salt apart at the molecular level.

Then energy that it takes to separate the particles back again is essentially what is needed to counteract these attractive forces. 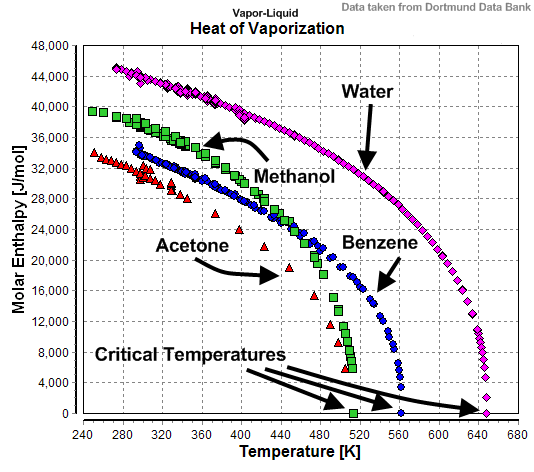 Not the answer you're looking for? Browse other questions tagged energy water physical-chemistry atomic-physics or ask your own question.

18
Boiling water and salt
3
Which is more efficient, heating water in microwave or electric stove?
0
Water evaporation
1
How does the dissolution of salt affect the solution density?
2
Ice melts slower in salt water?
1
Why do we heat salt water to desalinate it rather than freeze it?
2
Why doesn't the phase diagram of water look different?
2
Salt water and ice, vs. plain water and ice