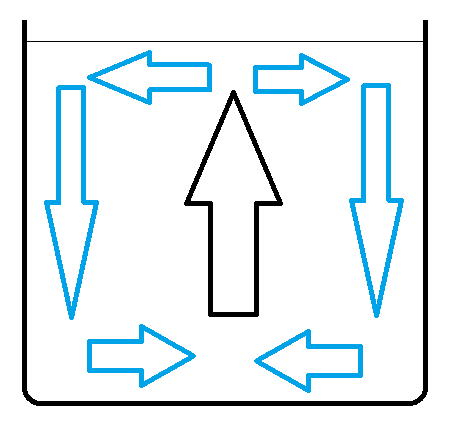 Sometimes it occurs:New Explanation.Initially-hot water has lost much of its ordered clustering (higher entropy) and, if the cooling time is sufficiently short, this will not be fully re-attained before freezing. Experiments on the low-density water around macromolecules have shown that such clustering processes may take some time.Entropy reduction curves function of temperature S=f(T) appear retardation (lagging) relative to entropy growth curves.At any temperature point T the entropy S=mclnT during cooling is more than this during heating.The water after was heated and recooled at the initial temperature,has more entropy than before it was heated.This means that molecules have now the same average kinetic energy,but thermal motion before heating was more oriented by the structure mentioned above.Recooling random collisions are more possible leading to faster temperature’s reduction New explanation.

If you are putting a metal ice tray onto a freezer shelf which is covered with a significant layer of frost, then a hot tray will melt the frost (which is a fair insulator) putting the tray into direct contact with the freezer element.

44
What is the status of Mpemba effect investigations?
2
How does the water anomaly affect the Mpemba effect?
0
Is the expansion accelerating or decelerating?