Does a man on the moon experience day?

Does a man on the moon (or any other similar body) experience daytime like we do? By daytime I mean looking upward and seeing a bright "sky," not dark space.

If not, then what is the reason behind it?

like even when light gets on the moon why does the space appears dark from the moon?

For the same reason it appears dark from the Earth (when flying at an altitude of 80,000 feet or so): 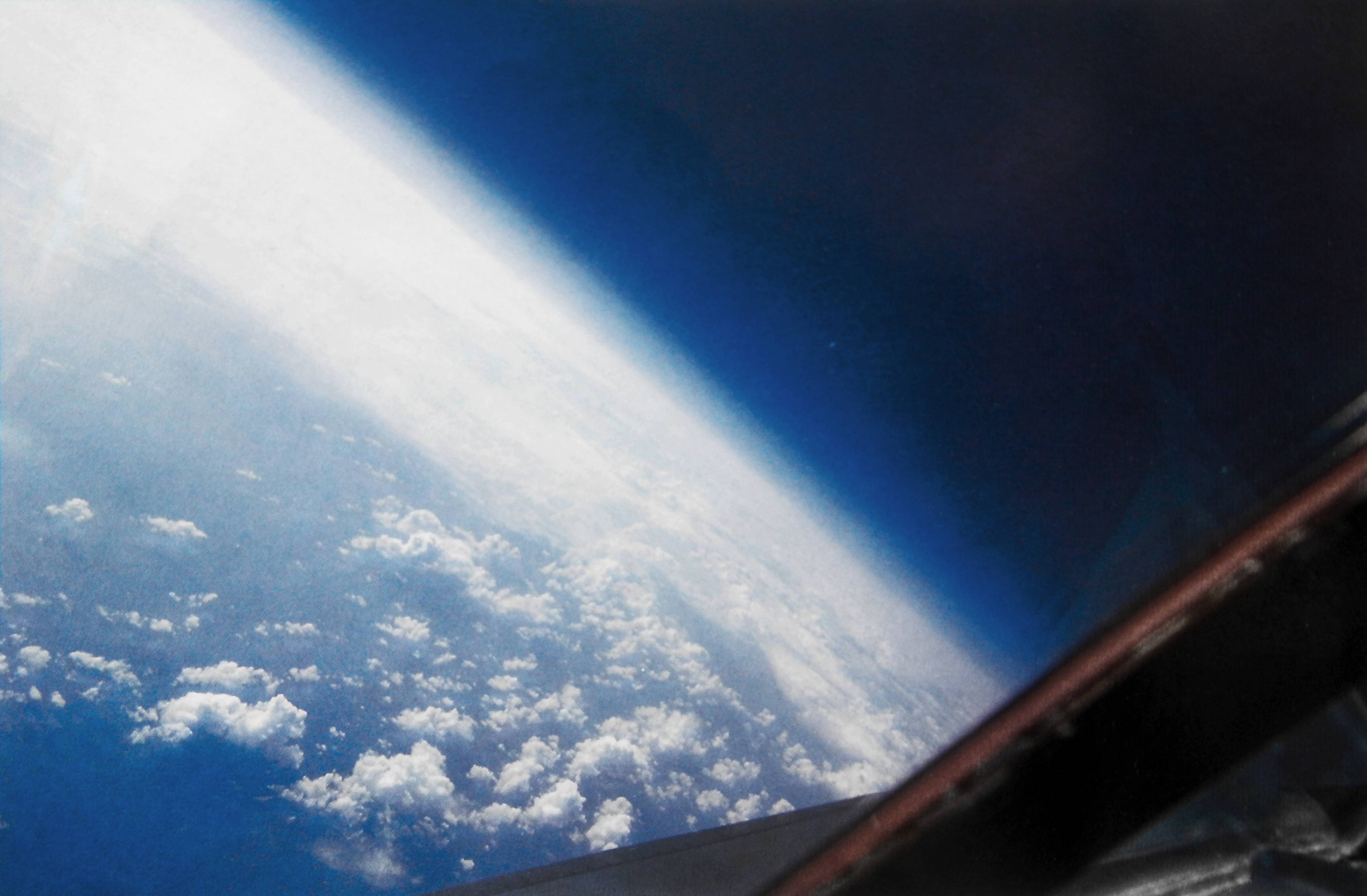 The fact is, we can't 'see space' from the Earth's surface during the day because the atmosphere is 'in the way'- the atmosphere scatters light from the Sun and other sources of light and we see that rather than the darkness of space.

If we fly high enough so that most of the atmosphere is below us, we can 'see space' through the little bit of atmosphere above us.

Since the Moon has no atmosphere, the light from the Sun is not scattered and the sky appears dark from the surface of the Moon.

As you have probably noticed, the moon is tidally locked with the earth so that we always see the same side. You can look up in the sky and watch sunlight move across the moon's face. From the surface of the moon this change in illumination would look just like the day/night cycle on Earth ... except that it's roughly a month long.

Until the advent of radar astronomy it was believed that the planet Mercury was tidally locked to the sun the way that the moon is tidally locked to the earth; this would have meant Mercury would have a "day side" and a "night side" and no sunrises or sunsets; the technical term for this is a "one-to-one tidal resonance." However Mercury has a slightly different tidal resonance with each solar day lasting two orbits. Mercury's orbit is eccentric enough that, seen from the surface of the planet, the sun would occasionally show retrograde motion; there are longitudes on Mercury where the retrograde motion would give you a "false sunrise," shortly followed by a sunset in the east, before the sun rose into the sky for the next 90-ish earth days.

Apart from Uranus, whose axis is tilted so strongly that nearly the entire planet experiences polar days, and Venus, whose (very slow) rotation is retrograde so that the sun rises in the west and sets in the east, the other planets in the solar system have day-night cycles essentially like earth's. Nothing is known about day-night cycles on extrasolar planets.

As to your followup comment about a bright sky without stars, that is a property of the atmosphere. If you've been to a stage play you may have seen the trick where there is a "background" painted on a fairly fine wire mesh. When an actor is in the spotlight in downstage of the mesh it looks opaque. Then the downstage lights go off and upstage lights go on, and suddenly you can can see through the mesh where there is a different actor and a different set. (I assume this technique has a name, but I don't know it.) The atmosphere functions essentially like the screen. During the daytime the atmosphere is bright, and you can only see the very brightest things behind it: the sun, the moon, not much else. During the night the atmosphere is dark, and the dim objects behind it come into view. If you compare a moonlit and moonless night, or a city sky to a country sky, you'll see that that other light sources have the same effect on the atmosphere; from Saturn, for instance, the ring system would stand tall in both the day and night skies.

I just wanted this to be a comment, but it got too long. Sorry if it's too obscure.

This addresses why the sky seems like it has a solid blueish colour, and why moon does not have a bright day.

Since as of no answer mentions it I just wanted to say, that the effect "responsible" for the blue sky is called Rayleigh scattering. "Technically" it's a mid-energy photon-matter interaction, that is described as elastic scattering. This means it can be perceived like the photons bumps of the molecules, but they do not change their properties except for the direction.

It is occurring in the atmosphere, thus the celestial bodies that do not posses it will not have a "solid coloured" sky. As a matter of fact, it works both ways, the light from earth is also scattered, this is why skies over cities "look less starry" the atmosphere is brighter from all the night lights. It's called light pollution.

The wikipedia article covers the description of the effect pretty nicely. Basically it says that under certain conditions photons scatter on the particles or molecules. The conditions are usually met for opaque athmospheres. One of the properties is, the "strength" of scattering depends (quite heavily) on the wavelength. The blue portion is being scattered relatively more than the red (it depends on many variables). This is why it seems like the sky during the day has a rather solid blue colour. This is also why the sun itself appears yellowish. If you take out blue wavelengths from the white the rest of visible spectrum appears yellowish.

The same effect also explains why the sun gets red on sunset. The light needs to travel a longer way through the atmosphere, thus more of blue and also more significant portions of green and yellow of wavelengths are "taken" from its original light and colour. This is why it is dimmer, and look red/orange.

I hope I kept it simple but still physical, so one get a deeper meaning of "why" sky looks like it does.

10
What causes a ring-like image around light of the moon?
14
Why does the sky look black in pictures taken from the summit of everest?
1
What would cause an orange sky?
7
What colour would the sky of a high-oxygen, high-argon, high-water vapour atmosphere be?
3
Why does the sun/moon appear red when there are fires?
0
Does night sky cooling need clear sky and why
0
Why does the moon sometimes look reddish yellow?