Curl of an electromagnetic wave

I can't understand the concept of the curl of an electromagnetic wave.

All of the examples I find show a current through a conductor, or that paddle wheel in water which I fail to see the distinction of that with an E-M wave. What I am trying to understand is the curl of say a laser beam light.

So lets say I have this sin wave which I plot in MATLAB which represents a section of a laser beam propagating through free space (We shall say it is the net product of $E_x$ and $E_y$): 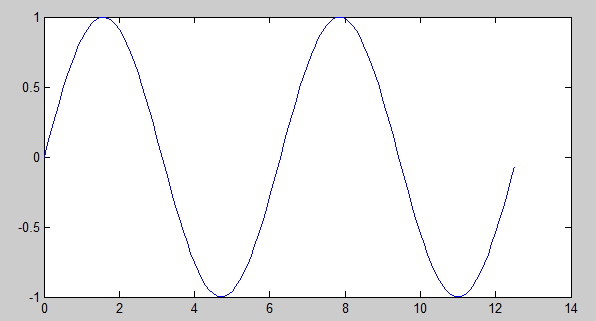 Let us deal with this on two parts: (1) How do you take the curl?

The curl of the wave can be evaluated as described in the answer by JamalS, so in this case, as $E_{y}=E_{z}=0$, then the partial derivatives of these components are also zero and there are only two possible non-zero terms in the curl.

OK, that's the Maths, but (2) how to "visualise" or deduce without doing the Maths? I have to admit to struggling with this one. The paddle wheel analogy is always the one I use. A field with a non-zero curl will make the paddle wheel turn and the axis of rotation points in the direction of the curl.

Here's an attempt to show this. The two plots show the instantaneous E-field strengths and directions at two instants of time. I add a paddle wheel which sits in the field at the horizontal positions shown. In the top plot the wheele rotates clockwise. Some time later the field has changed as shown in the bottom plot and the wheel would rotate anti-clockwise. 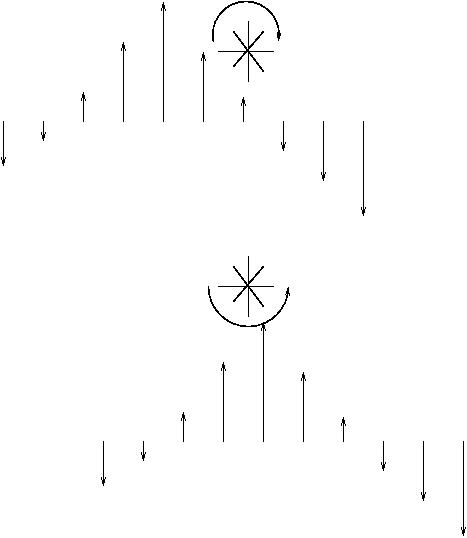 There are two ways of writing Maxwell's equations: the differential form (the one you adopted) in terms of gradients and densities, and the integral form in terms of integrals and total charges/currents.

The differential form is usually referred to as local, for obvious reasons: there is no information about the spatial extent of a source, so you don't know where its influence should start to wear off.

The curl involves derivatives, which, as I am sure you know, have a geometric meaning: they correspond to the slopes of the tangent lines to a point of the curve.

So, if you were to take the curl of a function, you would be calculating the slopes of the tangent lines at each point of it. This would result in a new, macroscopic (i.e. not local anymore) graph, which in this particular case would correspond to the time variation of the magnetic field. The key thing here is that you build a macroscopic field from local information only.

which may be viewed mathematically as simply the cross product of the field with the operator, $\partial_i$. From a physical perspective, the curl describes the rotation of a field. If we drop a ball in the field, the angular speed of rotation is precisely half the curl at the point, i.e.

The rotation axis points in the direction of the curl of the vector field, at the point. Now, as you may know from vector calculus, Green's theorem is useful to compute 2D line integrals, and as such we can define a curl for a two-dimensional field, but it 'lives' in $\mathbb{R}^3$ nonetheless. Therefore, as long as you know what the values of all the $E_i$, you can compute the curl, even if one happens to be zero.

Not the answer you're looking for? Browse other questions tagged electromagnetism electromagnetic-radiation maxwell-equations or ask your own question.

2
How is an electric field with a curl possible?
0
What would the curl of a longitudinal wave mean?

1
What would a laser beam's E-M waves actually look like if you zoomed in?
0
Finding Transversal Components from Longitudinal component for Electric and Magnetic Field in a cylindrical coordinates system
1
Explaining receiver antennas without using Reciprocity
1
Electromagnetic fields and electromagnetic wave boundaries
5
Is this a possible derivation of the electromagnetic wave equation?