Why can't you connect the + of a device to one battery and the - to another battery (and have it work)? 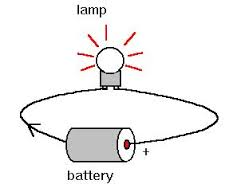 what you are telling is completely possible if circuit is complete as shown below: 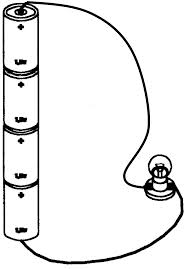 What you have drawn isn't a circuit, i.e., there is no closed path for an electric current.

But the increasing electric field from such an arrangement would act to reduce the electric current until it was zero.

Thus, the original assumption that there is a steady electric current is false.

0
Could this open electric circuit work?

3
Why is the anode (+) in a device that consumes power & (-) in one that provides power?
1
Why isn't this capacitor charging?
14
Why do two connected 1.5-volt batteries become a 3- volt battery?
2
Why the bulb does not glow in this configuration of batteries?
1
Potential Difference Across Components in Parallel & Series Circuits
0
Conceptual scheme of circuits
0
Where do the charge in a series/circuits (?) come from?
0
some questions on battery
2
Electric potential in circuits