What is the duration of a snap?

What is the duration of a snap (of the fingers)?

When someone says, "it's ridiculously fast, it's like [snap]" - where [snap] is them snapping their fingers - they would normally mean it is instantaneous, or near instantaneous. But what is the actual duration of the snap sound? That is from the start of the first snap-sound component to the end of the last?

Disclaimer: obviously there will be variabilities here, but a general range of time would be gladly accepted. High speed video samples would be phenomenal.

I took @AlanSE's advice and downloaded Audacity and did a number of measurements.

There are some challenges - what is the snap in the snap? Does it start with the sound of your finger gliding over your thumb, and where does it end? I recorded my snap under definite sub-optimal conditions, using the built in microphone of an iMac inside a 14x10 office with plaster walls - it was hard to tell where the snap ended and the echo began.

And even so, as with @Lelesquiz's snaps above, there is a definite, very short primary sound that is much louder than the secondary reverberations which go on for quite some time. See below: 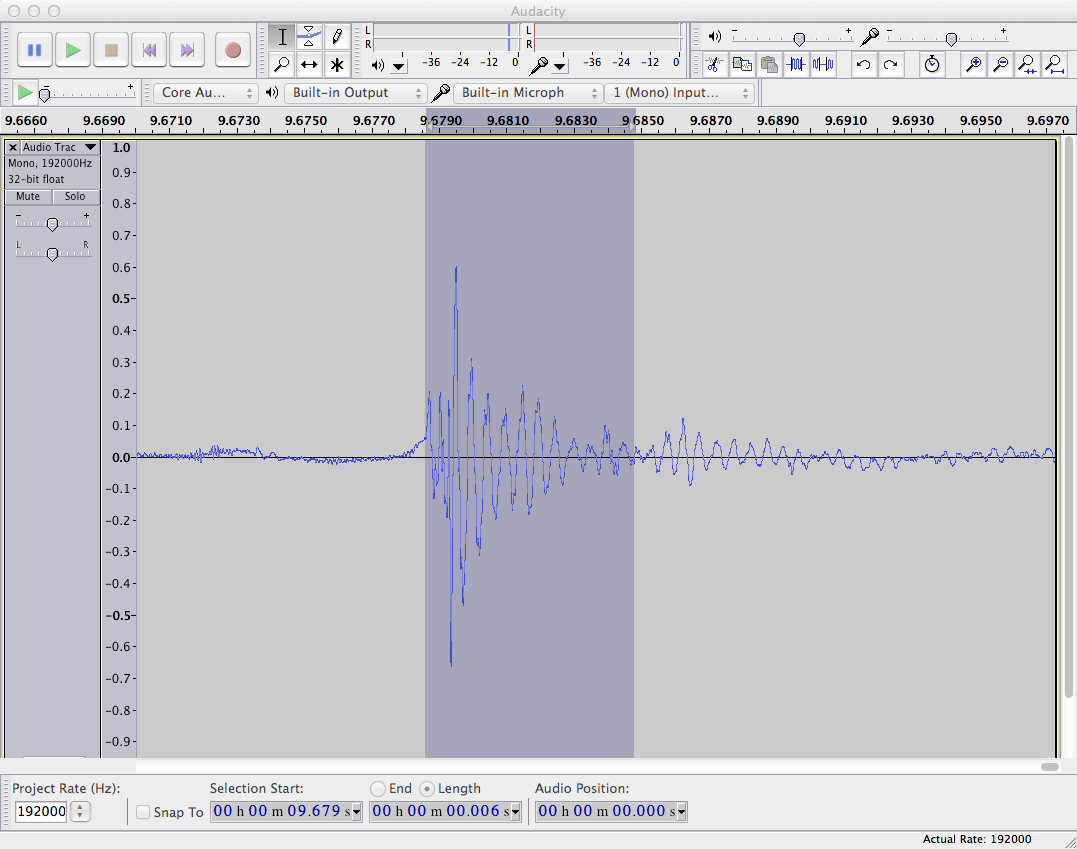 So I decided to go empirical - if I listened to an ever shorter section of the snap, at what point did it cease to sound like a snap? I was surprised to hear that even at 1/1000 second it is recognizable as a snap: 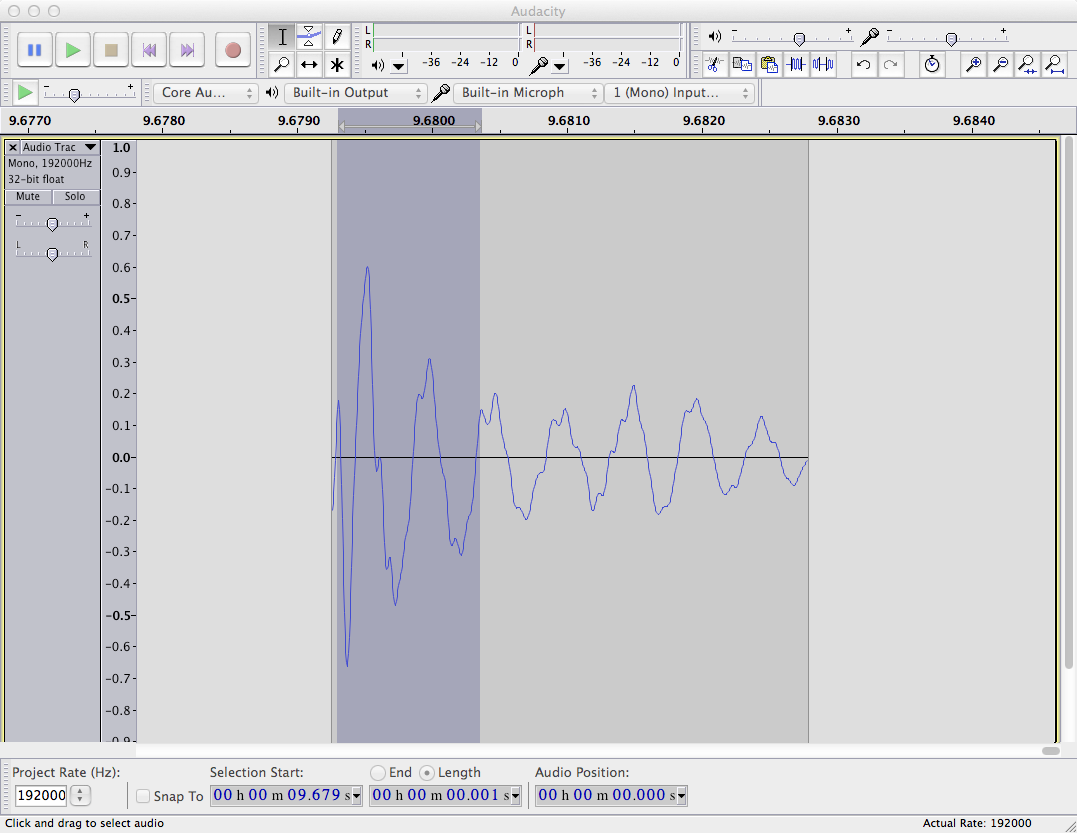 Here is the monster MP3 exported from the 1 ms selection above (1579 bytes including useless tagging info) (Edit: removed broken link to the audio file, but imagine it: it sounds like - you guessed it - a snap! Reproduction is left as an exercise for the reader.)

So to answer my own question: "A snap" is roughly 1 ms.

Measure yourself: this an audio recording of my fingers snapping.

Recorded with audacity: amplitude vs time (in seconds). 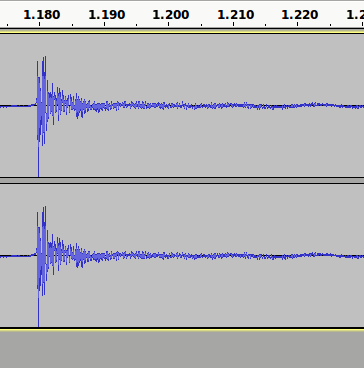 A closer look suggests that in my case, the volume spike from the snap lasts 0.01-0.02 seconds: 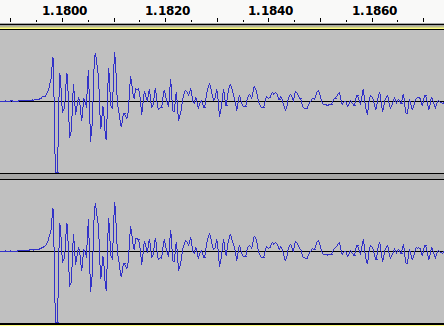 Not the answer you're looking for? Browse other questions tagged time acoustics everyday-life measurements or ask your own question.

21
Why does the note played by a flute not change in this case when the air column is interrupted?
0
Explanation of duration of forces due to electrostatic charge
6
What is the preferred clock, does choice of clock define the laws of physics?