What happens when the photon which hits a metal surface has energy equal to the work function of that surface? $$\phi = hf$$ I realise the emitted electron will have no kinetic energy after escape, but then what does it do? Hover above the surface? Or does it have momentum from escaping? I also don't understand what the work function is caused by - is it the electrostatic attraction between nuclei and the electrons?

When Electron "orbits" nucleus it's trapped in potential barrier caused by nucleus: 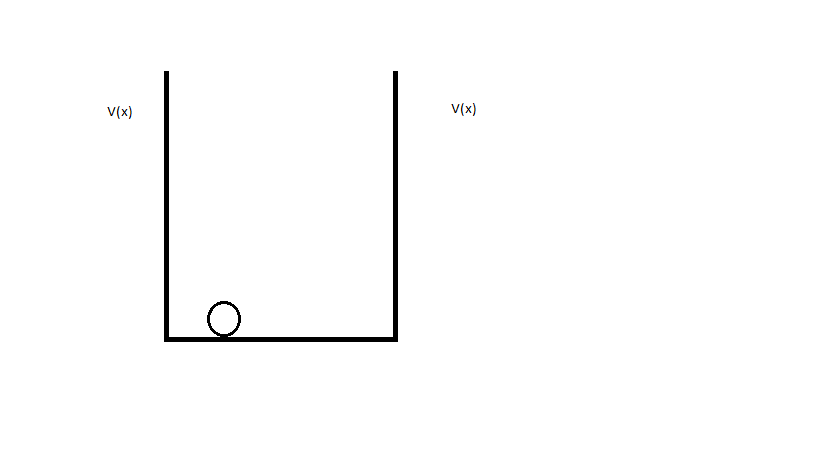 Electron needs some energy $E_0$ to escape (overcome) that barrier ($E_0$ is same as work function $\phi$), When photon with frequency $f$ (Energy of that photon is $E=hf$) comes and hits electron, it gives it energy ($E=hf$), and if it's greater than $\phi$ then electron can escape the nucleus (overcome the potential barrier): 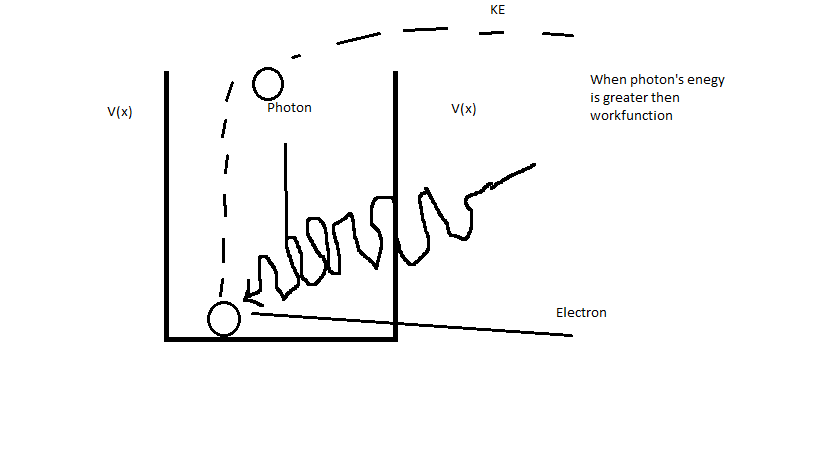 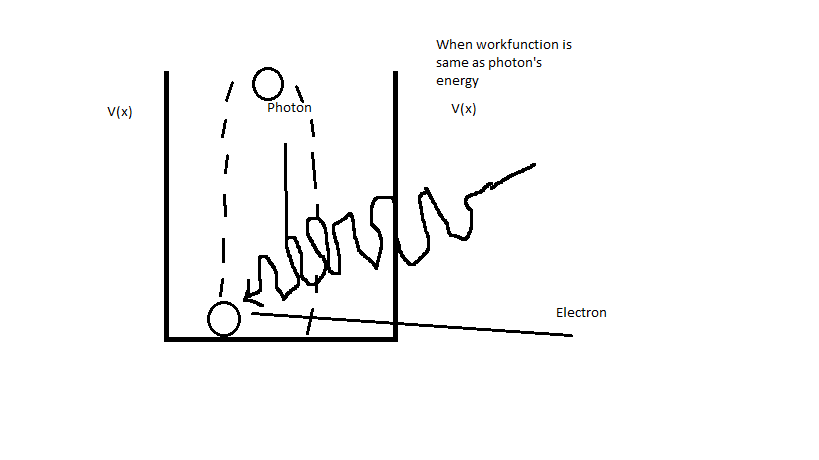 and it wont be able to escape the nucleus.

(sorry for my poor drawings)

Since we are talking about free electrons being boosted out of a metal surface, It would seem like the “potential barrier” should depend on the net positive charge on the material rather than the force from “a nucleus”. But this does not seem to be the case. Perhaps someone with knowledge of quantum mechanics can comment on this.

Not the answer you're looking for? Browse other questions tagged quantum-mechanics photons electrons potential photoelectric-effect or ask your own question.

4
Why don't metals disintergrate in light?
9
In the famous Einstein's Photoelectric effect, why does the intensity of light not raise the kinetic energy of the emitted electrons?
1
Thermionic Emission: Kinetic Energy Distribution of Emitted Electrons
3
Relationship between stopping potential and work function
2
where does the photon go after scattering?
0
Work Function - Photoelectric Effect
1
Why doesn't the work function being sensitive to surface not break the conservation of energy?
1
What happens when $f = f_0$ or $hf = \phi$ in the photoelectric effect?