The initial conditions of the CMB spectrum

The CMB spectrum shows the intensity of fluctuation at a certain angular scale: 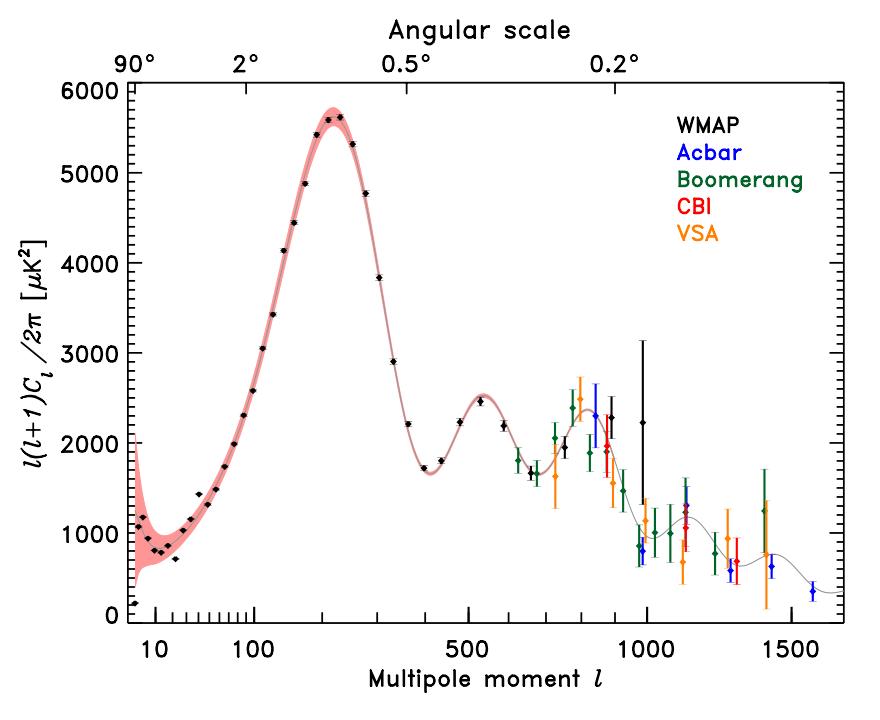 The achievement is the correspondence between the predicted power spectrum and the observed one.

My question is as follows:

Isn't the prediction terribly dependent on the initial conditions/the pattern of acoustic oscillations at that exact moment? Since the maxima correspond to modes caught, at that particular moment, at their oscillation extrema.

The CMB temperature anisotropy power spectrum was not formed in an instant.

The photons from the photosphere of last scatter were scattered primarily from z=900 to z=1200. In terms of time, the half-width of the visibility function is 115,000 years.

Even after the epoch of last scattering, there are some photons that have been scattered again, although most have not.

So the CMB temperature anisotropy power spectrum is primarily reflective of the conditions during the z=900 to z=1200 time period.

Not the answer you're looking for? Browse other questions tagged cosmology astrophysics cosmic-microwave-background or ask your own question.

5
Connection between BAO und CMB Spectrum
11
What's the $\ell$ in the Bicep2 paper mean?
13
Spectrum of CMB vs. duration of last scattering
9
Angular Power Spectrum of CMB
6
How to translate from the CMB Power spectrum to a spectrum of temperature variations
5
Meaning of lowest multipoles in CMB spectrum?
5
CMB homogeneity: Inflation vs. common initial conditions?