How can things be chaotic on a quantum level, yet tangible on a classical level?

This may seem basic, but I am wondering if anyone has any input on this topic. It doesn't make any sense to me (I mean I don't need to use the Schrödinger equation to find my cell phone...). I just do not understand how things can appear to be highly statistical when observing the rudiments of matter, yet when observing the large scale result, very consistent (for all practical reasons). How can things with no position make up something with a position? Is it possible that our detection methods are flawed beyond what Heisenberg suggested? Is there some intuition here that I could be missing?

quantum-mechanics classical-mechanics measurement-problem
Share
Improve this question
edited May 27 '14 at 6:41

Simply put, it averages out.

Thus, the more particles you have, the less variation you have.

I've read an news article on NewScientist about this not so long ago, might be controversial but sure offers a much more intuitive way to look at the issue.

Basically, as far as I understand, they argue that there is nothing really uncertain about quantum state and that the issue really is that we think that we always can measure reality exactly, which might not be the case. So the "uncertainty" about quantum state is not in reality itself, but in our perception of it.

I hope a more educated physicist might be able to further expand on this answer and the credibility of the Quantum Bayesianism model if needed, but basically this model completely removes the intuitive gap between quantum physics and reality, since there really is no absolute objective uncertainty. 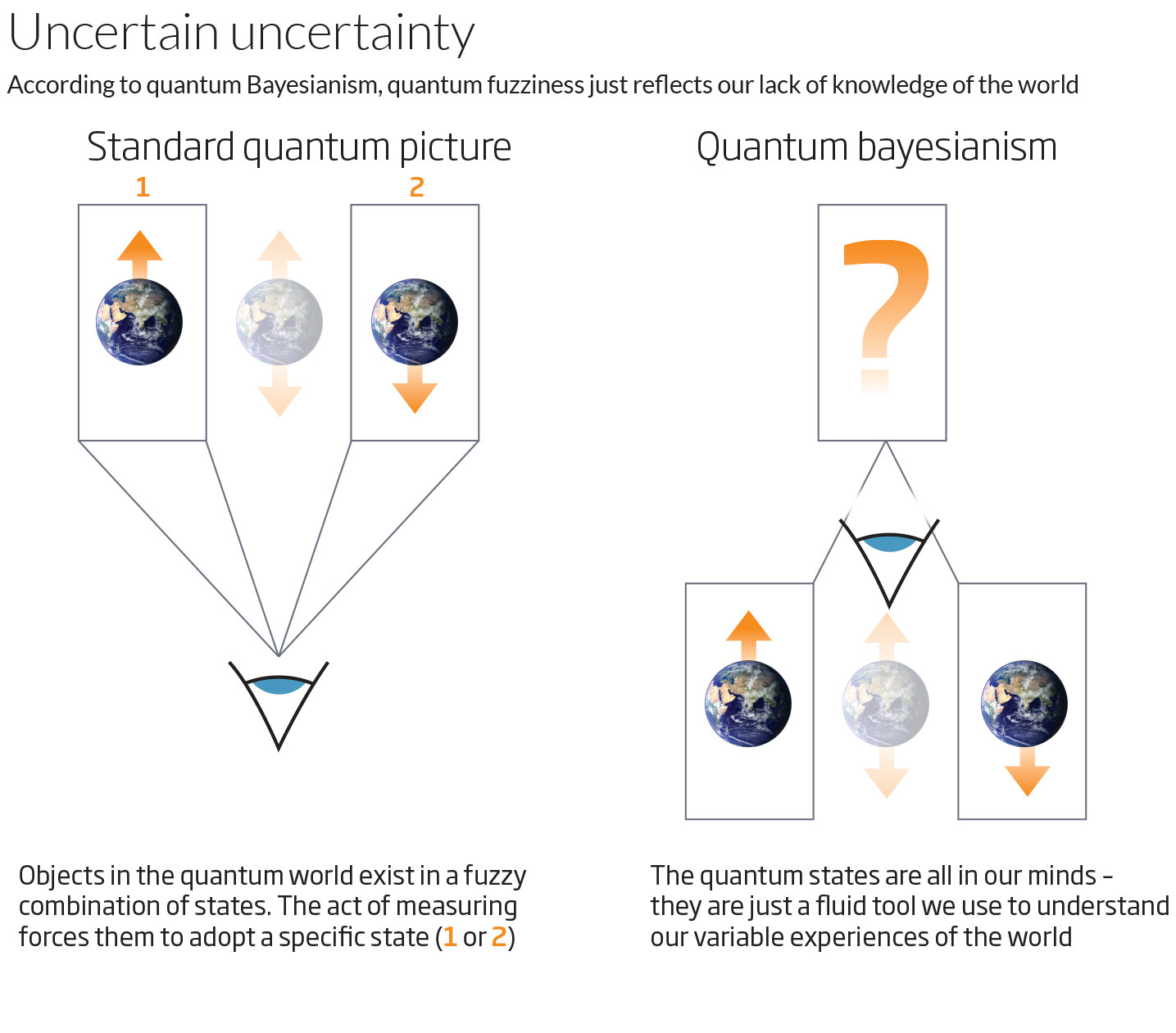 This is called Quantum Decoherence which kills all quantum behaviours.

From the linked Wikipedia page:

In quantum mechanics, quantum decoherence is the loss of coherence or ordering of the phase angles between the components of a system in a quantum superposition. One consequence of this dephasing is classical or probabilistically additive behavior. Quantum decoherence gives the appearance of wave function collapse (the reduction of the physical possibilities into a single possibility as seen by an observer) and justifies the framework and intuition of classical physics as an acceptable approximation: decoherence is the mechanism by which the classical limit emerges from a quantum starting point and it determines the location of the quantum-classical boundary. Decoherence occurs when a system interacts with its environment in a thermodynamically irreversible way. This prevents different elements in the quantum superposition of the total scene's wavefunction from interfering with each other. Decoherence has been a subject of active research since the 1980s.

How can things with no position make up something with a position?

That's a misunderstanding of the model. The particles are in all possible positions at the same time. Observation collapses these possibilities to only one position.

At no time do they have “no position”.

Not the answer you're looking for? Browse other questions tagged quantum-mechanics classical-mechanics measurement-problem or ask your own question.

5
Are a quantum mechanical system a chaotic (yet deterministic) system?
8
How can we know the state of a quantum system?
1
Definition of the words “macroscopic/classical object” vs “quantum object”
2
Can classical theories exhibit quantum-like effects?
1
Can We have Quantum Formalism Without Classical Formalism?