While pouring a liquid into a glass from a bottle, some streams have a wavy shape, like the one in the following photo: 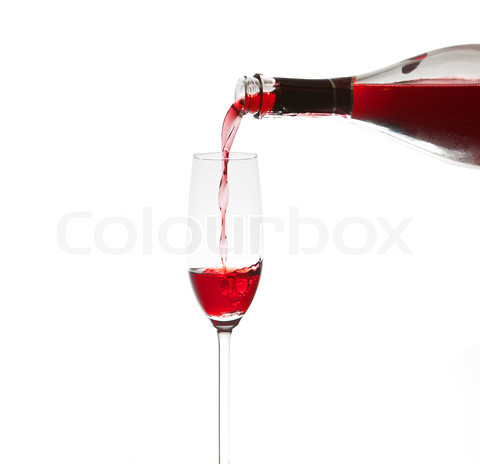 What causes the stream to be of such a shape?

On the one hand, as the liquid is not being poured very slowly, there are different velocities in the incoming liquid: it's faster at the top, and, it seems, at the back. On the other hand, the cohesive forces (resulting in particular in surface tension at the surface of the flow) are sufficient here to prevent separation of some liquid from the rest — splattering. Then it is as if you had two masses going at different speeds (the liquid at the back and at the front) linked by some piece of rubber (cohesive forces) : they turn around one another.

The smooth appearance due to surface tension gives the final touch for a beautiful flow. You'll probably enjoy taking a tour in John Bush's gallery if you like this, http://math.mit.edu/~bush/?page_id=252. A very relevant example is the case of colliding viscous jets, pdf and below, which exemplifies beautifully the present discussion at low flow rate (left) but gives much more impressive results at higher flow rates! (right) 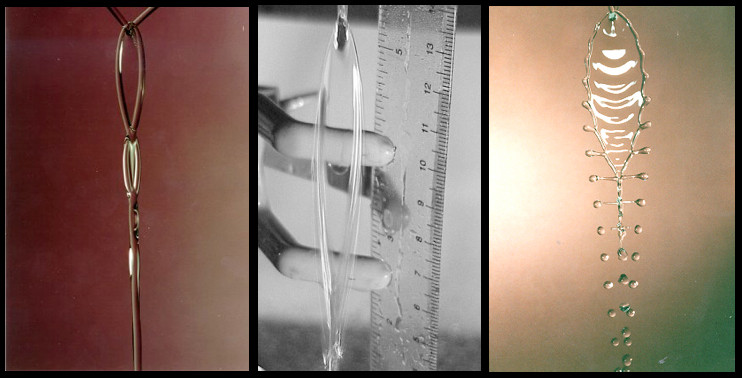 Not the answer you're looking for? Browse other questions tagged fluid-dynamics waves everyday-life surface-tension or ask your own question.

12
Why does water fall sort of helically from a cup?
14
Why pouring milk from a height makes a chain shape?

4
Static pressure of free air stream
0
Fluid dynamics? What will happen to liquid pressure and flow rate in a system that splits and recombines the the flow of liquid?
7
Why does a stream of water behave like this when aimed against a spoon or into a glass?
3
How do "pouring spouts" prevent liquid from escaping through the air intake?
0
Pouring liquid out of a bottle smoothly