Bernoulli Equation and Flow in a pipe - paradox

Now interestingly, in all the literature the velocity they calculate, everyone assumes it to be uniform over the cross section. Why? The Bernoulli equation is applicable along a streamline, and every starting point will have a different ending point, and hence a different streamline. Why on earth, everyone assumes the velocity is uniform over cross section?

The explanation for this assumption is the same for most assumptions: because it makes the problem easier. This equation is (generally) applied to a single streamline due to the assumptions that were made when the equation was derived. Many mistakenly ascribe Bernoulli's Law to the principle of conservation of energy, when in reality it is a direct consequence of Newton's linear momentum equation. From the relatively straightforward force analysis of a differential fluid mass, it can be shown that

where $p$ is the static pressure, $\rho$ is the fluid density, $a$ is the local acceleration, $v$ is velocity, $R$ is the local radius of curvature, and $s$ and $n$ are curvilinear coodinates along and normal to the streamline, respectively. A partial differential is used because the pressure and velocity (in general) change in both the $n$ and $s$ directions. Now, if we limit our analysis to changes only along the streamline, we can replace the original partial differentials in (1) with exact differentials. Rearranging, this gives us

which can be simplified further into the classic differential Bernoulli equation:

It is this version of the equation (with it's inherent assumptions) that is then integrated to give the classic textbook version of Bernoulli's Eqn. mentioned earlier.

The literature does not all assume constant velocity over a cross section. See for example the Hagen Poiseuille equation and its derivation. 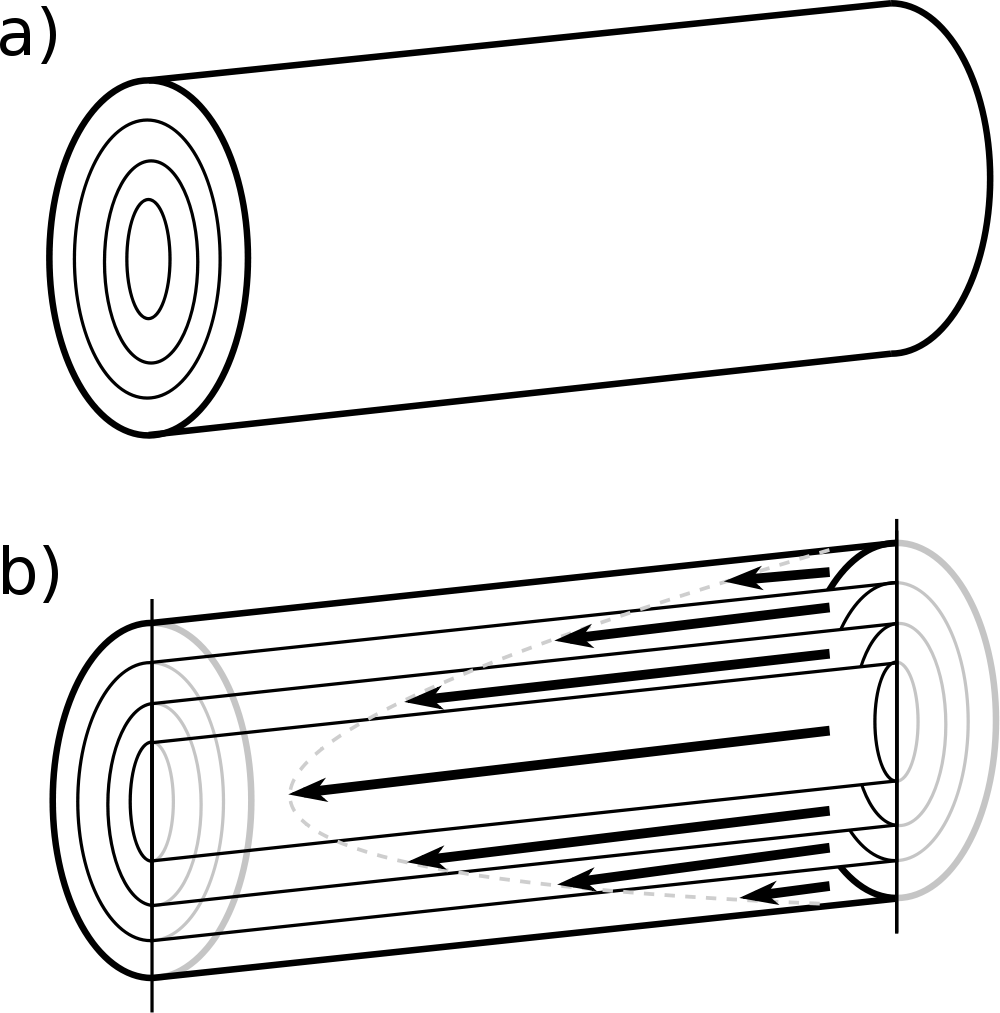 Infinitesimal cylindrical shells are considered, each having a different velocity.