Why does finely cut paper curl?

When paper is cut to a small width, it curls up like this. Why does this happen? 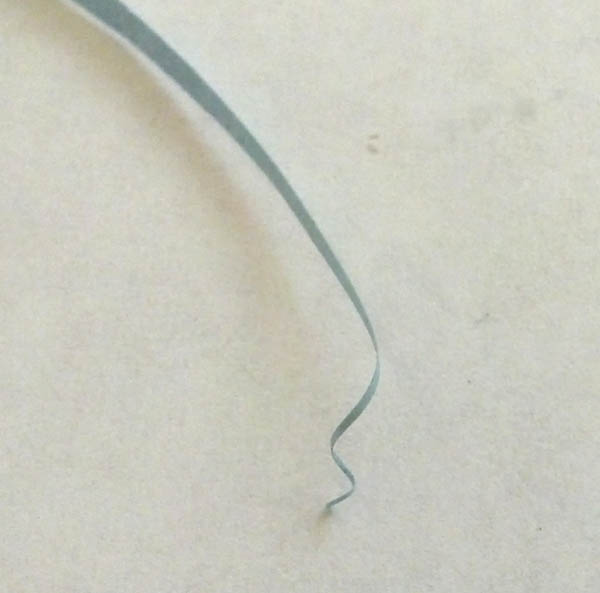 When it happens for a paper you hold above the floor, one of the ways to deal with the forces and deformation. If you are holding the paper at an angle, not vertically, paper closer to the point where you hols it is all that does not let the farther parts just hang down. Now, paper is not really good at shear deformation, but if it so happens that a stripe bends left or right, it keeps doing so, because slightly bending is just an easier deformation and nothing prevents it from doing so.

However, I think you are talking of stronger curls, and that probably has to do with the way you cut it up, bending it as you go through. I just sliced off a thin stripe of paper with boxcutter — almost no deformation occured.

Note also that if we are talking about really large sheets of paper, the paper during its creation is pressed several between cylinders and then rolled onto reels. So small (or not so small) curling is quite typical.

Not the answer you're looking for? Browse other questions tagged material-science home-experiment or ask your own question.

78
Will a hole cut into a metal disk expand or shrink when the disc is heated?
7
Why is tearing paper irreversible?
7
Why does a stream of water behave like this when aimed against a spoon or into a glass?
11
Why does paper explode when compressed?
5
Why does paper under pressure flatten over time?
3
Can I uncut a piece of paper?
125
Why does paper cut through things so well?
4
Why is wet paper crinkly?
0
Why does this sine wave like pattern appear in cut plastic?