When can we take the Brillouin zone to be a sphere?

(1)Some physical system has a spherical BZ. This is hard to imagine, since it seems to me that all lattice systems with translational symmetries will have a torodal BZ, by the periodicity of Bloch wavefunctions. The closest scenario I can imagine is a continuous system having $\mathbf{R}^n$ as BZ, and somehow(in a way I cannot think of) acquires an one-point compactification.

(2)A trick that makes certain questions easier to deal with, while the true BZ is still a torus.

Can someone elaborate the idea behind a spherical BZ for me?

Update: I recently came across these notes(pdf) by J.Moore. In the beginning of page 9 he mentioned

I think this is a special case of the general math theorem I want to know, but unfortunately Moore did not give any reference so I'm not sure where to look.

EDIT: The above math theorem is intuitively acceptable to me although I'm not able to prove it. I can take this theorem as a working hypothesis for now, what I'm more interested in is, granted such theorem, what makes a $\pi_1(M)=0$ physical system candidate for strong topological insulators(robust under local perturbations), and why in $\pi_1(M)\neq 0$ case we can only have weak topological insulators.

Crossposted: When can we take the Brillouin zone to be a sphere?

The answer to your question is covered in these two papers: Homotopy and Quantization in Condensed Matter Physics

The first one explains how to use maps from the sphere in the case of the quantum Hall effect, whereas the second one discusses a more general context of all symmetry classes and dimensions.

Then as Avron, Seiler and Simon argue the following: 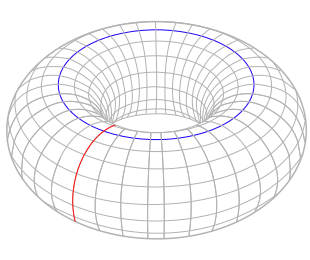 For our case, $X$ is the set of gapped Hamiltonians, which topologically is the Grassmannian ($G_m(\mathbb{C}^n)$ for an $n$ level system with the Fermi energy above $m$ levels).

Not the answer you're looking for? Browse other questions tagged mathematical-physics condensed-matter topological-insulators or ask your own question.

4
Reduction of a sum to the first Brillouin zone in a band structure calculation
20
Topological band structure, difference between a sphere and a donut
20
Topological insulators: why K-theory classification rather than homotopy classification?
7
Homotopy Theory for Topological Insulators
6
Is the non-trivial topology on the torus reflected on the Bloch sphere?
5
Second Chern class in 2D Haldane model from Atiyah-Singer Index Theorem?
1
Why is the Brillouin zone a 2-torus?