Is there a way to compute (trivalent) Feynman integrals inductively from smaller diagrams? 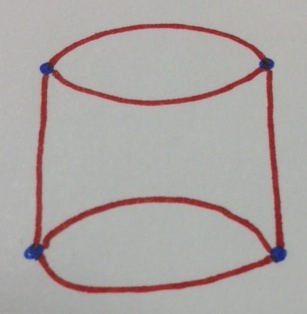 glued together at the external vertices. 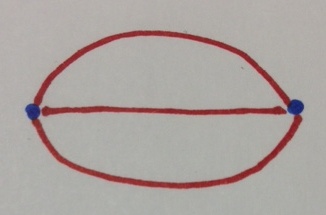 where we instead cut one of the edges on each diagram, yielding the second, and then gluing them together.

Suppose that I know how to compute the integral associated to either this second (or preferably third) diagram. Is there some sort of algorithm for reducing the integral of the first diagram to some combination of integrals for the second and third diagrams?

I should remark perhaps that I am being deliberately vague about what the context of this computation is. I'm mostly hoping that there is some formal way to combine the smaller integrals to produce the larger ones, something that would look like, say, a multiplicative structure on an $R$-algebra freely generated by diagrams, for some ring $R$. Or something like that.

I'm not sure of the level at which you're looking for answers. Two avenues (which are continuing to be researched actively) to check out:

In general, if a theory "fundamentally" has a 4-valent vertex, it is not clear if one could break all Feynman diagrams into 3-point amplitudes. However, in some interesting classes of theories, one can.

You might want to read up on the optical theorem and unitarity cuts.

Not the answer you're looking for? Browse other questions tagged quantum-field-theory feynman-diagrams or ask your own question.

7
Is there a simple way to compute some physical constant from Feynman diagram statistics?
25
The path integral and Feynman diagrams
8
Computing box diagrams with non-vanishing external momenta
0
Feynman diagrams for scalar field: which particle are we drawing?
3
Are these legit Feynman Diagrams? If so, what do they mean?
0
Manipulation of momentum factors in Feynman integrals (solved)
1
Feynman diagrams, Feynman rules and corresponding integrals