Ok this is a silly question but here it goes

So my question why don't surface of airplanes have dimples on them, as it would reduce the drag on the airplane and thus fuel consumtion, or does the effect which reduces the drag in the case of golf ball fails at higher speed and bigger size or is it something else

This is a very good question! Drag due to viscous effects can be broken down into 2 components:

Generally speaking the more "blunt" the body is (such as a golf ball) the more likely adding dimples to trip the boundary layer will reduce drag. Airplane wings are less prone to separation since they aren't as "blunt" and as a result skin-friction drag is more important.

For more information see Section 4.21 of Introduction to Flight by John D. Anderson 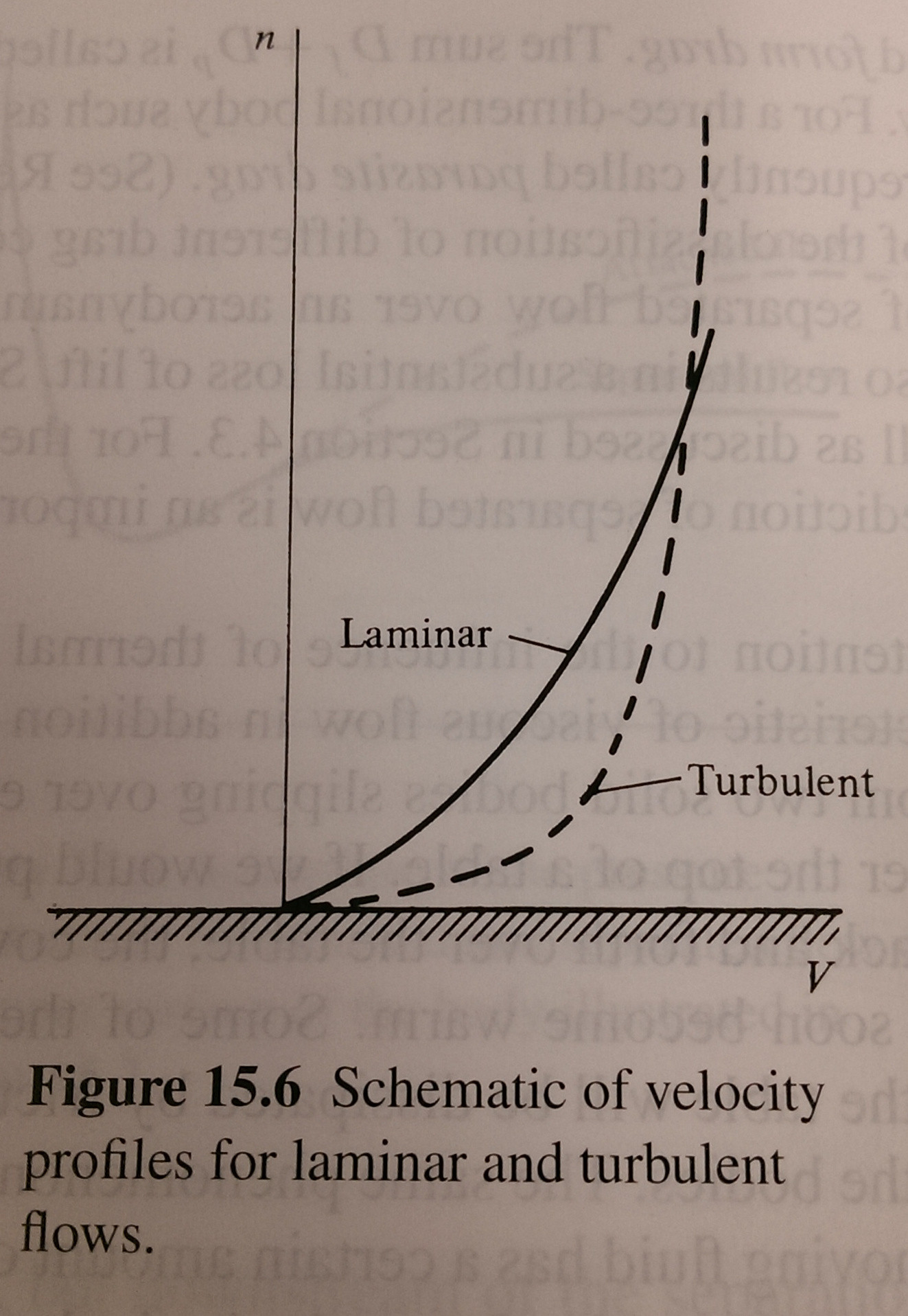 Most objects that are designed with aerodynamics in mind are slender. This is done specifically to reduce the adverse pressure gradient ($dp/dx$) over the surface of the object and reduce the possibility of flow separation. 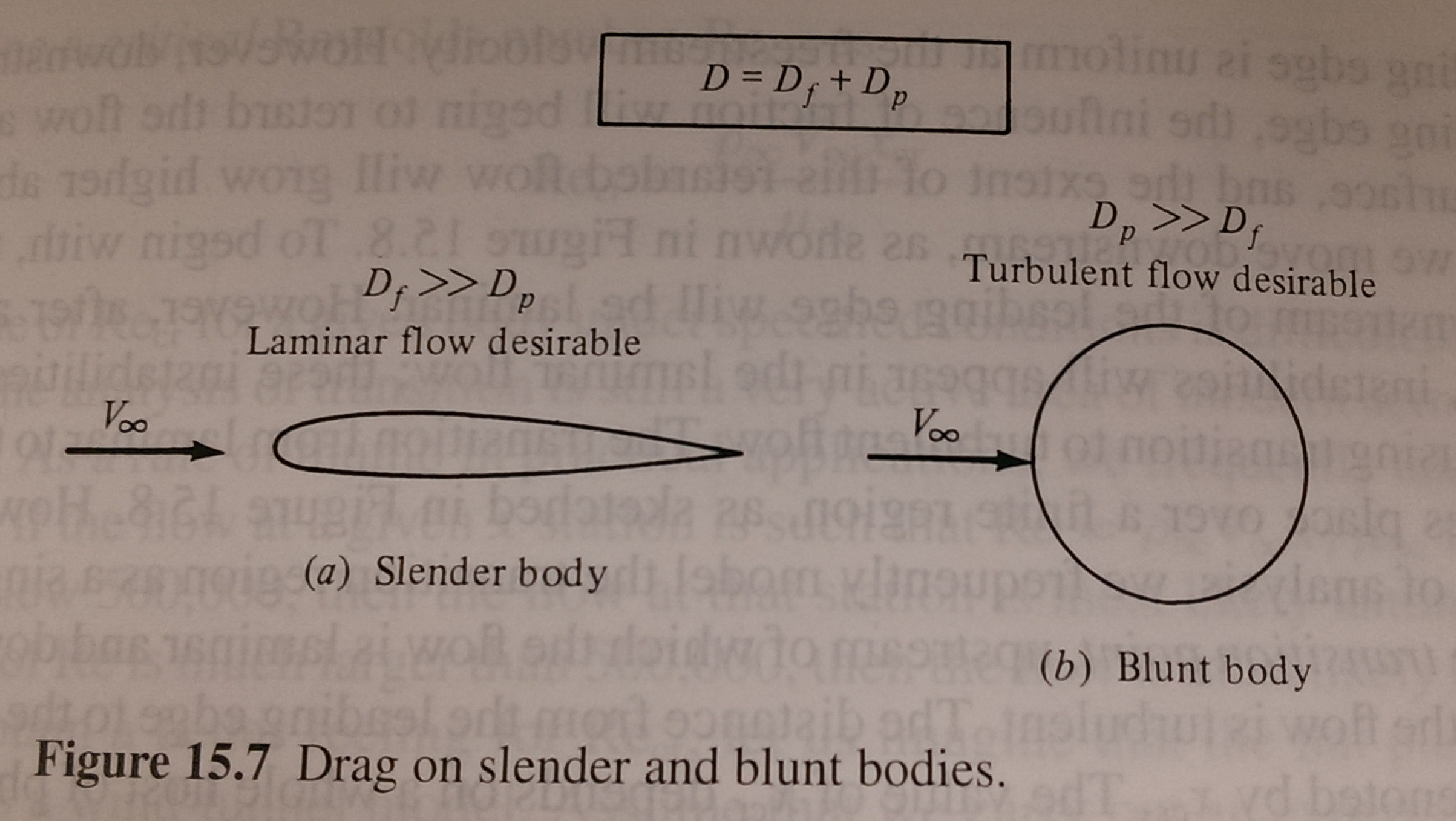 Figures are from Fundamentals of Aerodynamics by John D. Anderson.

Aircraft already utilize a different means to induce turbulent flow within the boundary layer. Some aircraft have installed along the leading edge, vortex generators. These tiny vertical tabs diverge and converge angles in a zig zag pattern. The energized boundary layer is then less prone to separation at higher angles of attack. This allows the aircraft to fly slower and generate more lift at a lower airspeed than without the generators.

Dimpling aircraft surfaces will not reduce drag because the airflow does not separate (under normal conditions) from the surface like it does on the back of a flying golf ball. The dimples minimize the airflow separation. I think a dimpled wing top surface might be beneficial on an STOL aircraft where lift is a priority over drag--the dimpled surface might decrease the stall speed and allow the wing to produce lift at a higher angle of attack.

Mythbusters put dimples on a car and measured the mpg before and after and found a significant increase in fuel efficiency with the dimples. Aesthetically only a few over the top golfers would buy such a car.

Not the answer you're looking for? Browse other questions tagged fluid-dynamics aerodynamics drag or ask your own question.

5
Why are vehicles not pitted like golf balls?
4
Why are golf balls the only (famous) object with dimples?
3
Laminar vs Turbulent flow separataion

10
Why airplanes fly: the final truth
3
Do rotating non-circular projectiles also experience Magnus lift?
5
Why are vehicles not pitted like golf balls?
1
Do dimples reduce laminar drag across a surface?
1
Turbulent flow and Separated flow
4
Why are golf balls the only (famous) object with dimples?
1
Reducing the Aerodynamic loss of a Flywheel in Air
2
Would dimples help a ping pong ball travel faster?