Where does this term "shell" with prefix "on-/off-" come from?

Is there some historical reasons or is there a specific reason behind it?

This question is connected to: Why on-shell vs. off-shell matters?

A particle is said to be on-shell if it satisfies the relativistic dispersion relation,

in units wherein $c=\hbar=1$. If you graph it, you obtain a parabolic surface for massive particles, and a cone for massless particles, like a photon. This is known as the mass shell, it is quite literally a shell or surface. The momentum of a real particle can be represented as a vector on the surface, hence the expression on shell. Virtual particles do not have these on the surface, hence they are off shell. 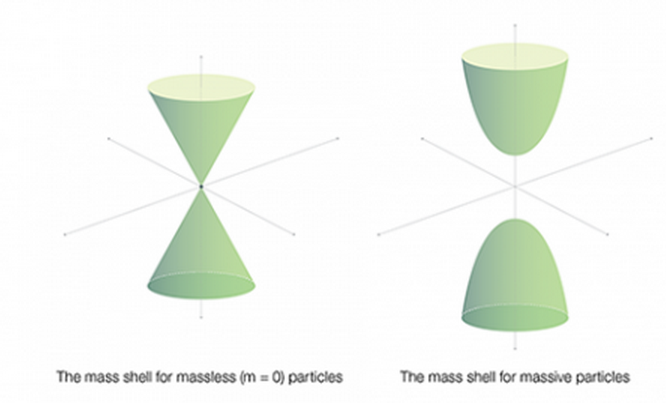 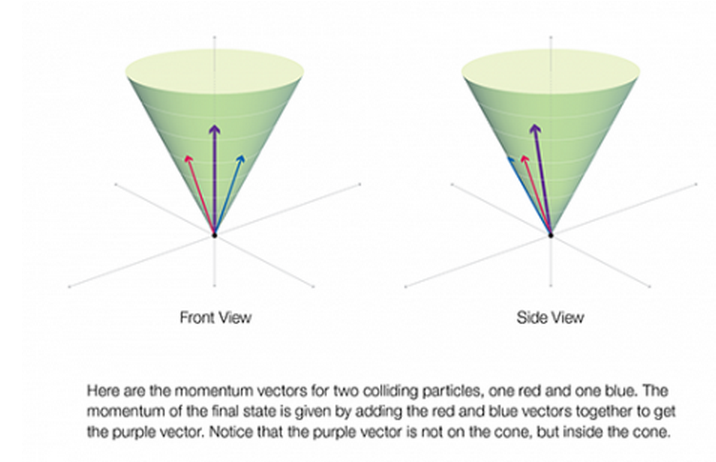 Source: Perimeter Institute, A Deeper Dive: On Shell and Off Shell

Not the answer you're looking for? Browse other questions tagged quantum-field-theory soft-question terminology history or ask your own question.

31
Why on-shell vs. off-shell matters?
4
What does it mean for an action to be defined "on-shell"?

33
"Slightly off-shell"?
7
What makes *electric* charge special (wrt. CPT theorem)?
11
Historical reason behind using $ν$ instead of $f$ to stand for frequency in the equation $E=hν$?
1
Where does the "super" prefix come from in gravito-electromagnetism?
1
Bound states and the meaning of 'off shell'?
8
Where does Field Theory come from?
8
Off-shell QFT from on-shell amplitudes
1
Why is it called specific gravity, when it defines the ratio of densities?
0
Feynman loop diagram with off-shell momenta