A pearl that moves in a smooth vertical hoop

I wanted to ask about the situation of a pearl that moves in a smooth vertical hoop in circular motion as described in the following sketch. 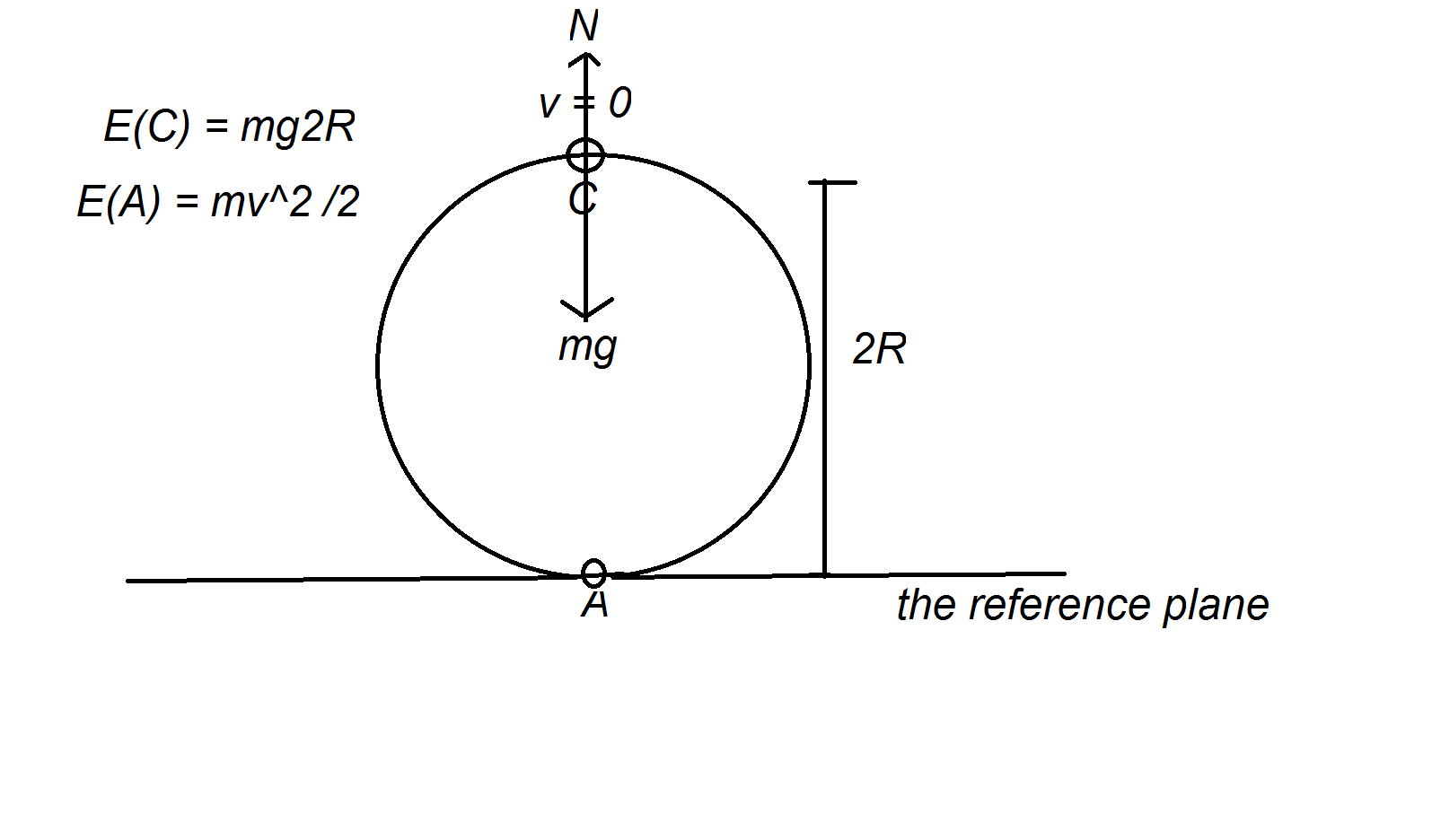 According to a simulation found in the internet , a moment after this situation , when the pearl reached the point C , the pearl keeps moving in circular motion. What causes the pearl to keep moving the in circular motion after reaching point C? (The reference frame is Inertial frame)

So what makes the pearl keep moving in circular motion ? From the equations we can conclude that the pearl should stop moving at that point but according to the simulation , that's not true.

Unfortunately I cannot comment due to insufficient reputation, so here a comment on the question. There are three cases:

a) The rounding errors cause the velocity at the top to be non-equal zero.

b) The positions of the pearl are calculated in small steps (that's how numerical calculations work) and the top is not amongst them. Then the pearl springs from a point right before the top to a point right after the top.

c) The initial conditions are given with insufficient accuracy (again rounding problem).

In short, the problem is not a physical but a computational one. So, as mentioned by Awesome, we need the code to give you the reason for the inaccuracy.

Not the answer you're looking for? Browse other questions tagged homework-and-exercises newtonian-mechanics classical-mechanics forces kinematics or ask your own question.

1
Applying Lagrange's equations ignoring normal reaction
2
Hoop rolling inside a circular hole
0
Moments and forces, when part of the scenario involves a circle or arc rather than a straight line
0
Uniform circular motion criteria and take off conditions
1
The direction of the centripetal force in a vertical circular motion under uniform gravity