Lightning on my Car

Could anyone clarify to me the following:

Lightning also has a massive electromagnetic field that is created during a discharge. This field is so strong and changes so fast that it induces current into anything metal. This is like a big electromagnetic pulse and it flows everywhere. If strong enough it will fry anything with a PN junction (diodes and transistors). In fact you don't need to be hit by lightning for it to fry your electronics. A nearby strike can create a big enough pulse to cause damage. Grounding isn't really so much an issue. Most cars have poor grounds because they sit on top of air-filled tires.

However your car is surrounded by a lot of metal. This metal can act as a shield from both the electromagnetic fields and the flow of the discharge current. This factor can prevent both damage to you and your electronics. This also makes the damage due to lightning very random.

what are the 'areas' or 'lightning zones' on my car which have the possibility of getting struck by lightning?

In general lightning goes where it wants. 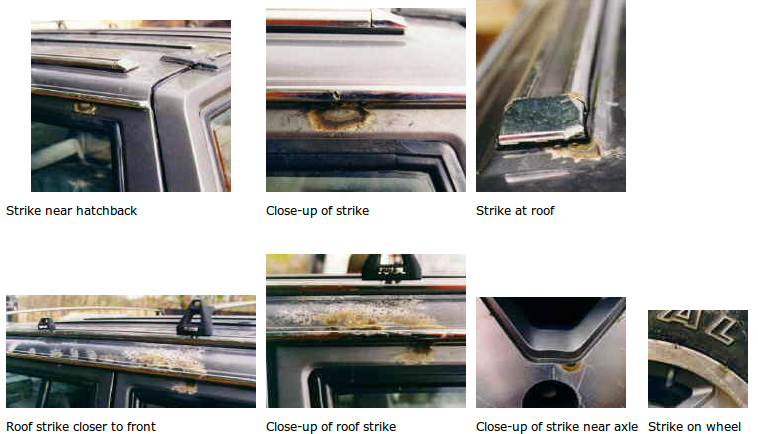 My friend says the car is being 'positive' with respect to the ground(Earth) hence the lightning which is mostly negative flash tends to strike the car, How can the car be positive when the entire exterior of the car is mounted on the chassis which is negative?

When we are talking about strong charge densities like found prior to a lightning strike, the "ground" isn't ground. In simple terms it takes an active role because the electric field between it and the ground attracts opposite charges. Big clouds filled with charge moving over the ground pulls positive charges along with it. You can physically measure thousands of volts of difference between spots on the ground due to the movement of overhead charges.

You have to imagine the entire system to get an idea of what is going on with the charge. 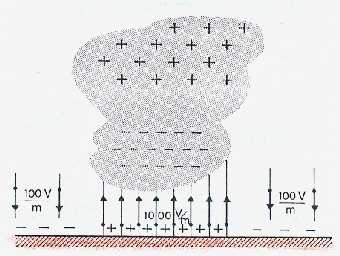 So on the ground around your car you have a lot of positive charges that will try to get pulled up to the metal on your car and then pulled up towards the roof. The amount of charge your car builds up depends on how well the charge can conduct from the ground through tires/water/mud to the body.

Not the answer you're looking for? Browse other questions tagged electric-current lightning or ask your own question.