I know that momentum and energy are always conserved in collisions, but if we have a perfectly inelastic collision in which an object sticks to another object $m_1 v_1 + m_2 v_2 = (m_1+m_2)v_{12}$, the kinetic energy is not conserved. I know that kinetic energy converts into thermal or sound energy, but I don't see how this would account for the whole of the lost kinetic energy.

Its funny you should ask this as I recently ran several simulations on matlab regarding the same thing except with atoms.

Effectively, I had a diatomic molecule (H-H for example) and an atom (F lets say). The atom and diatomic both had some momentum relative to each other and the collision was setup to be perfectly collinear.

Now, what I noticed is that the initial energy of the reactant (that is the incoming F atom) was deposited into two modes... Translational and vibrational energy.

Depending on the choice of the atom and diatomic more of one form over the other would be required for a successful reaction (Polanyi rules but we wont go into that).

Essentially, if the reaction was elastic then you would have an unreactive collision. The atom and diatomic coalesced to form a three body transition state and then the atom would just break off and head back in the direction it came from.

I don't know how useful this tangential discussion has been but I thought it might help you :)

EDIT : I also want to clarify that an unreactive trajectory could also be generated from an inelastic collision simply because the incoming atom had far too much kinetic energy.

I've included the potential energy surface of a similar reaction below. The black line represents the trajectory, the 'wiggliness' you see initially is the vibrational energy.... There's an obvious change in the 'wigliness' as you go around the bend in the PES i.e. as you go from Cl+H2 to H-Cl + Cl.

If you would like I can send you these source files. 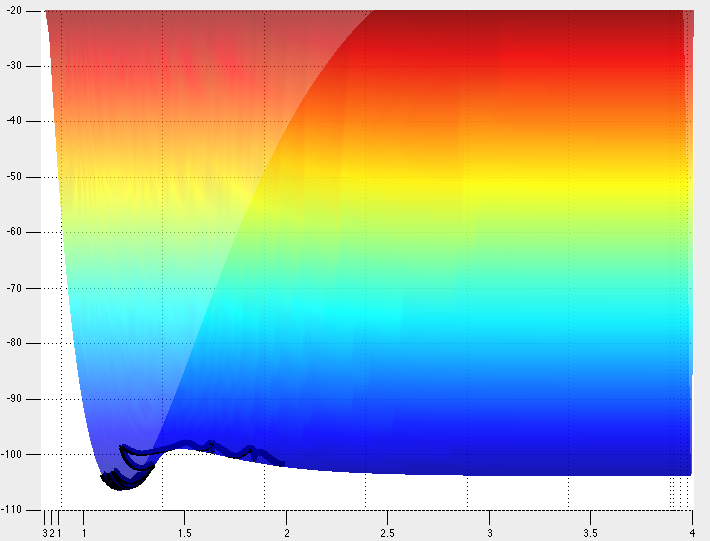 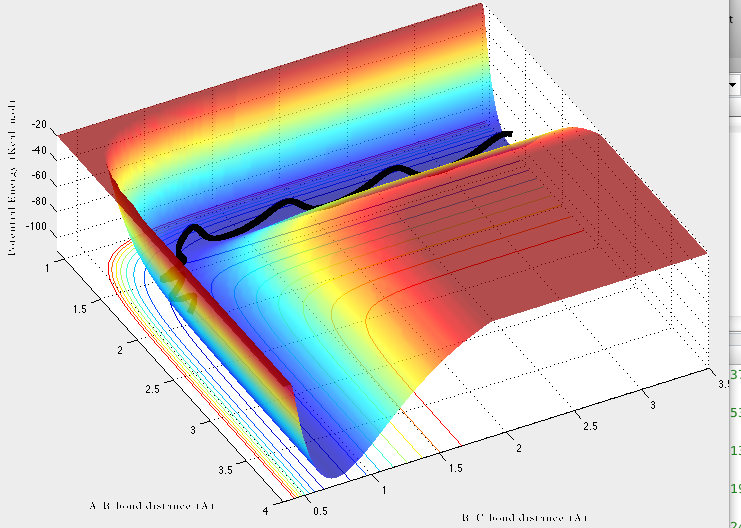 Not the answer you're looking for? Browse other questions tagged newtonian-mechanics energy-conservation collision or ask your own question.

48
How can momentum but not energy be conserved in an inelastic collision?