Would you see a rainbow from refraction when the sun is in front of you?

I know how rainbows are formed, and why.

Usually it is said that the Sun must be behind the observer, in order for its light to be totally reflected inside the droplet and then reach the observer.

But surely not all the light is totally reflected?

You are right. Rainbows can occur all over the sky. However the traditional one and two internal reflections of the primary and secondary bows send light back towards the sun and hence their bows appear opposite the sun and centered on the antisolar point. The reflection of the main light makes these bows stand out.

And only the light that enters a droplet is reflected in some manner. Sometimes it is a single reflection and you get a primary rainbow which everyone is familiar with. Depending on how dense the droplets are some light will pass through all the drops and will not be reflected creating a hazy or dim rainbow. 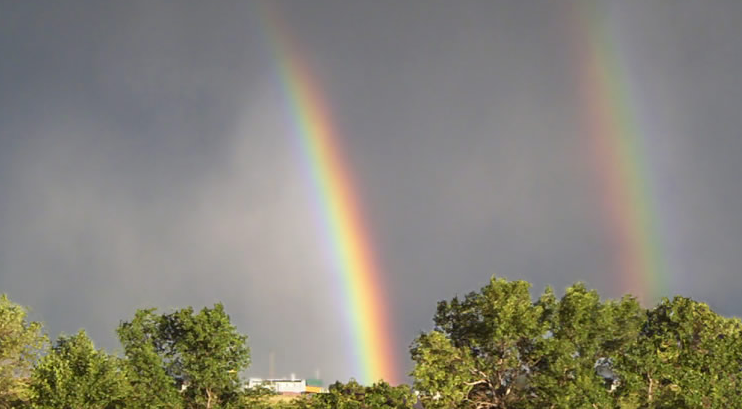 So there are many orders of rainbows:

A zero order is when there are no internal droplet reflections and the droplet is sun ward. This creates an orange shifted glow. 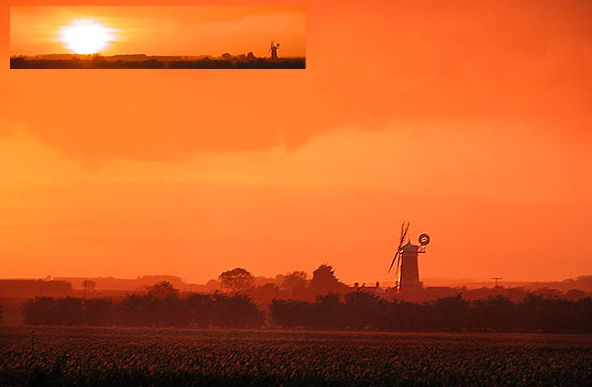 The width you see of the rainbow represents the spreading of the frequencies and their slightly different refraction angles. Light can be refracted in many different ways from the droplets with the sun in between you, but they don't form the traditional bow shape which has to do with the arc of the sun being behind you and refracted back. This is mostly because the suns brightness make it too hard to see.

And here are some other refraction examples that are not really considered rainbows. 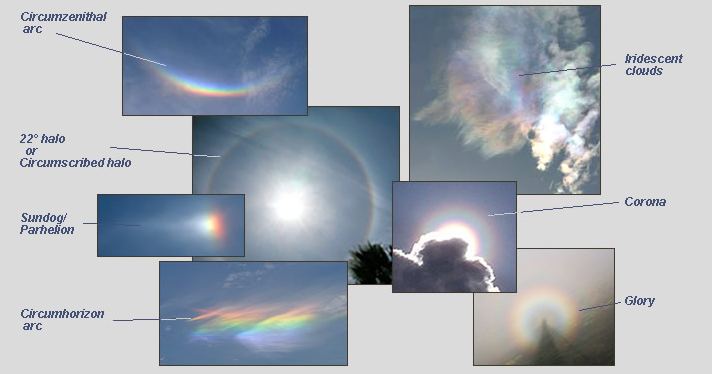 Take a look at this site for more about atmospheric optics.

Check this: You can see that the angle difference is much bigger when the light gets reflected, and can be differentiated much easier. Also another factor which probably plays a very important role is that the sun is in front of you, and its simply too strong in comparison with the light from the droplet, thus making it even more difficult to inspect this phenomenon.

25
Why isn't the sunset/sunrise rainbow-colored
5
Why is rainbow always circular?
0
How do you see a rainbow?
6
Is there a zone where 'colour' overlaps between double rainbows?
9
How can internal reflection occur in a rainbow if the angle is less than the critical angle?
4
If all raindrops were small transparent ice cubes how would the rainbow look like?
0
Can we see the image of inside of our eye, in front of the eye?